More than 15,000 scientists from 184 countries issue 'warning to humanity'

More than 15,000 scientists around the world have issued a global warning: there needs to be change in order to save Earth.
It comes 25 years after the first notice in 1992 when a mere 1,500 scientists issued a similar warning.
This new cautioning — which gained popularity on Twitter with #ScientistsWarningToHumanity — garnered more than 15,000 signatures.
William Ripple of Oregon State University's College of Forestry, who started the campaign, said that he came across the 1992 warning last February, and noticed that this year happened to mark the 25th anniversary.
Together with his graduate student, Christopher Wolf, he decided to revisit the concerns raised then, and collect global data for different variables to show trends over the past 25 years.
Ripple found:
There was one positive outcome, however: a rapid decline in ozone depletion.
"The trends are alarming, and they speak for themselves," Ripple said, though he notes the improvement in the ozone hole illustrates that humanity can make change when needed.
After writing the viewpoint article, which was accepted for publication in the journal BioScience, he decided to see if he could once again collect signatures.
"I'd never tried that before, so in July I sent [the article] to 40 colleagues of mine, and by the next day, 600 scientists had signed it," he told CBC News. 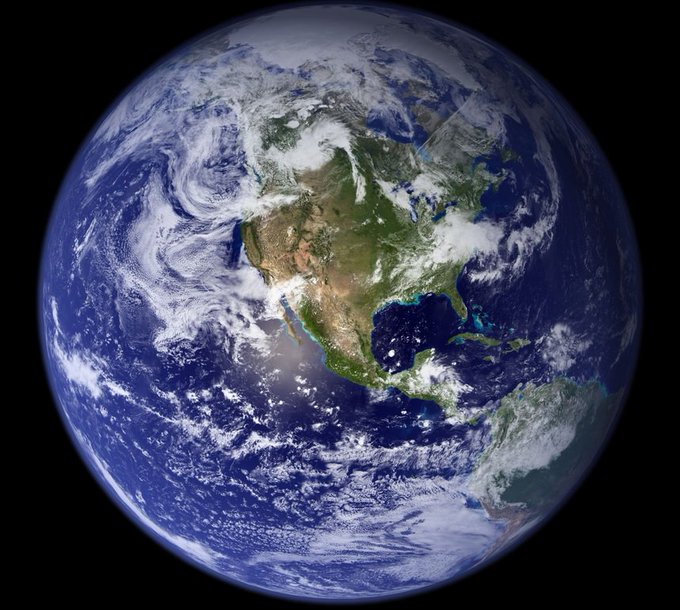 Thomas Newsome @NewsomeTM
Almost 1900 scientists have signed the second #ScientistsWarningToHumanity Let's hit 5000 by the end of the week: http://scientistswarning.forestry.oregonstate.edu/


Within two days, there were 1,200 signatures. Of the more than 15,364 signatures to date, 527 are from Canada, ranking eighth among 184 countries.
The goal of the paper is to raise awareness about the fragile state of the planet.
"The scientists around the world are very concerned about the state of the world, the environmental situation and climate change," Ripple said. "So this allows them to have a collective voice."

"Since 1992, carbon emissions have increased 62 per cent," Ripple said. "And the global average temperature change has paralleled that. Also since 1992, we have two billion more people on Earth, which is a 35 per cent increase."
However, he notes that there has been a rapid decline in fertility rates, but said that likely won't show up in the data until later.
One of the chief concerns is population growth, but not in terms of numbers. Instead, the focus is on our ecological footprint with an increase in consumerism that puts a toll on the environment.

Among the concerns scientists have about the environment is urban development and the threat it poses to biodiversity. (Steve Dodrill/Oregon State University)
"What is happening is that the global middle class is growing, and it's growing extremely rapidly," said co-author Eileen Crist, a professor at Virginia Tech's Department of Science and Technology in Society.
That comes from the very positive outcome of getting people out of poverty. But there's a catch.
"But what sometimes people miss … they miss what's happening in the middle," Crist said. "Which from an ecological perspective of the planet is the most significant event: the rapid rise of the global middle class, which is now more than three billion people in the world and it's expected, by 2050 or so, to rise to five billion people."
And it's the middle class where people begin to increase their carbon footprint: they buy appliances and cars, eat more meat and travel.
One of the potential solutions is to stabilize the population. If we reduce family size, consumption patterns don't rise as much. And that can be done by empowering girls and women, providing sexual education and education on family planning.
"The chief concern isn't really the human numbers as such. It's the impact we have," Crist said.

'In the throes of a mass extinction event'

There is rising evidence that Earth has entered the sixth mass extinction event brought on by humans.
"We are in the throes of a mass extinction event that is anthropogenic," Crist said. "This is not something we can fix. If we lose 50 to 75 per cent of the species on the planet in this century — which is what scientists are telling us what will occur if we continue to operate as business-as-usual — if this happens, this can not be fixed."
When asked whether she's optimistic that the new petition will have an effect on changes, Crist said that she doesn't think of it that way. Taking care of the planet is akin to taking care of one's family.
"We take care of our families: our children and our spouses and our parents. When you take care of your family, you don't do it because you're optimistic or pessimistic … it's because that's what you do.
"Our mandate is that we take care of Earth and earthlings and human beings because we're all family."
Posted by free heip at 09:02