Sears' announcement that it will shutter its store at Orland Square Mall in Orland Park doesn't mean the anchor space will become a vacant eyesore, according to the company that owns the property. 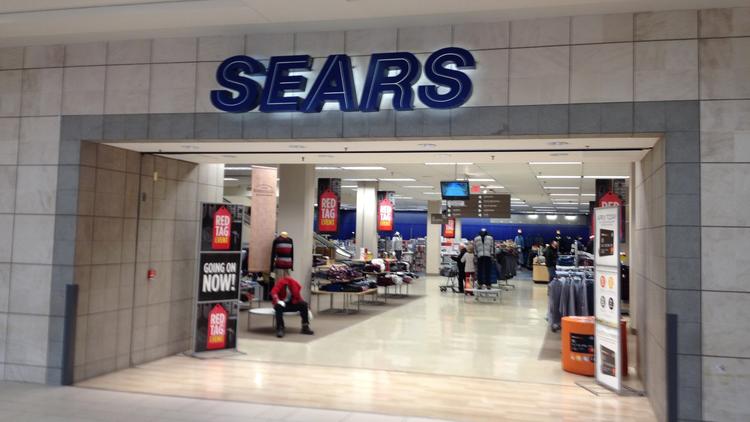 Sears, an anchor at Orland Square Mall since the Orland Park mall opened in 1976, will close in March or April.


The store, which has been an anchor since the mall opened in 1976, is scheduled to close sometime between early March and early April, according to Sears Holdings. Liquidation sales at Orland Park and dozens of other stores slated to close could start as soon as Jan. 12, according to the company.
While the mall itself is owned and operated by Simon Property Group, Seritage Growth Properties, a real estate investment trust, controls the nearly 200,000-square-foot spot where Sears is located.
Last October, Seritage announced plans to develop a 10-screen 45,000-square-foot AMC Theatre along with retailers and restaurant tenants on the upper level of the Sears space, with their main entrances facing out toward the parking lot, with Sears consolidating store operations in the lower level.With Sears' announcement it is closing the Orland location, redevelopment will be expanded to include both upper and lower levels, but plans for the lower level are yet to be finalized, a representative for Seritage said Friday.
In October, according to the village, Seritage presented plans to Orland Park officials for redevelopment of the 90,580 square foot upper level of the store as well as Sears' 21,000-square-foot auto repair center.
"Sears going dark will cost us approximately $890,000 in sales and property tax revenue annually, but Seritage's plans will offset that, generating over $1.5 million in annual revenue to the village," Orland Park Mayor Keith Pekau said in a statement. "We look forward to continuing to work with them on their redevelopment plans for the remaining property."
Edward Lampert, Sears' chairman and chief executive, spun off Seritage from Sears in 2015, buying prime Sears and Kmart properties and leasing the stores back to the retailer.
At the end of last September, Seritage's portfolio included interests in 258 retail properties totaling more than 40 million square feet of space. The company, reporting third-quarter results last November, said that since the company's inception, it had completed or had begun 70 redevelopments of vacant retail space at properties in its portfolio, which includes mall-based and freestanding spaces.
Some shoppers interviewed Friday after the announcement of the closing was made were not surprised by the news, saying they knew the chain has been having trouble.
"I know they've closed a lot of stores. Still, it's too bad," Sheila Lynch, of Orland Park, said.
Like so many consumers, Theresa Nichols, of Oak Forest, said she finds herself buying more items online, including from Sears, although not as often as she used to.
"I like the Lands' End (clothing) for my kids," she said of the Sears brand.
Once the Orland Square location closes, that will leave just two Sears stores in the south and southwest suburbs — Chicago Ridge and Joliet — although the retailer has outlet stores in Bridgeview and Tinley Park.
A Sears department store at Matteson's Lincoln Mall closed in 2012 while the retailer shuttered its store at River Oaks Center in Calumet City in 2013.
Although no local Kmart stores are on the current list, Sears Holdings has been closing stores locally in recent years, including Oak Lawn and Tinley Park. Locally, Kmart has two stores, in Bridgeview and Steger.
At the end of its fiscal third quarter, which ended last Oct. 28, Sears Holdings operated 594 Sears outlets and 510 Kmarts in the U.S., almost 400 fewer stores compared with the same period in 2016.
Posted by free heip at 08:27