A man who shot and killed four people in a jealous rage and then tried to kill himself posted an eerie comment on one of his victim’s Facebook page before the murders.
William Scott Porterfield, 27, Chelsie Lou Cline, 25, Cortney Sue Snyder, 23, and Seth William Cline, 21, were shot early Sunday morning at a car wash in Pennsylvania.
"We're not sure exactly what occurred," Trooper Robert Broadwater said at the scene. "Trying to investigate why this happened and how it happened."


The alleged shooter, Timothy O’Brien Smith, is not expected to make it after suffering a self-inflicted gunshot wound to the head.
Just four days before she was murdered, Cline posted a seemingly harmless quote on Facebook, not knowing it would lead to her death.
The post read, “This week I rlly (really) need to be taken out…On a date or by a sniper either one is fine w (with) me at this point.”

Smith, who Cline briefly dated but recently broke things off with, became infatuated with her and replied with a creepy comment.
“I can do both,” Smith wrote. He kept true to his word.
At about 3 a.m. Sunday morning Smith showed up to Ed’s Car Wash in body armor and armed with a semi-automatic rifle, a 9mm handgun, and a .308 rifle, District Attorney Rich Bower said. Police did not say if the guns were obtained legally. 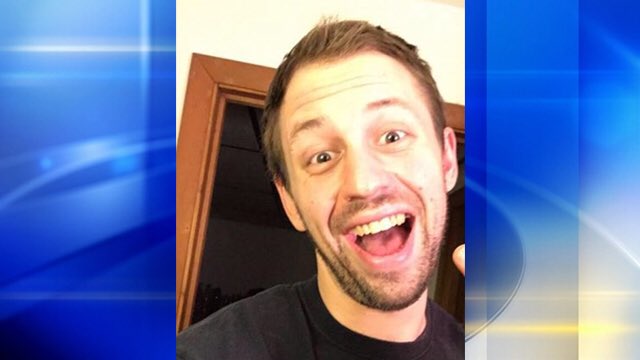 Erin Clarke@ErinClarkeWPXI
This is the suspected shooter who killed 4 in Fayette County. 28-yr-old Tim Smith is still alive on life support. More on the tragedy tonight on Channel 11 News at 10 on Fox 53 and 11 @ 11.

He fired an unspecified number of shots, killing four and wounding a woman who witnessed the scene from her car.
The woman, who remains anonymous, hid in her car and suffered minor injuries from broken glass.

A man who lives nearby (who declined to give his name) said he heard about 30 gunshots over a span of a few minutes.
Cline’s half-sister, Sierra Kolarik, told authorities it was a domestic dispute. Smith developed an obsession with Cline, she told the Pittsburgh Tribune-Review.
She went on to tell the Tribune that though Smith sent Cline flowers and seemed nice, his main interests were "guns and guns and guns and shooting and beer and rolling cigarettes."
“He would leave her stuff on her car,” Kolarik told WPXI. “She'd get done with work and she'd come out and there would be a case of beer on her hood or scratch-off tickets or anything. If he found out she was sick, he'd bring her flowers.”

Police are still looking into motives, although family and friends believe the shooting was linked to Smith’s obsession with Cline.
"This one horrific event will change their lives forever," Bower said at a press conference after expressing his sympathy for those close to the victims.
Posted by free heip at 09:56