Has Tom Brady Made Up With WEEI's Kirk and Callahan After Alex Reimer Insult? 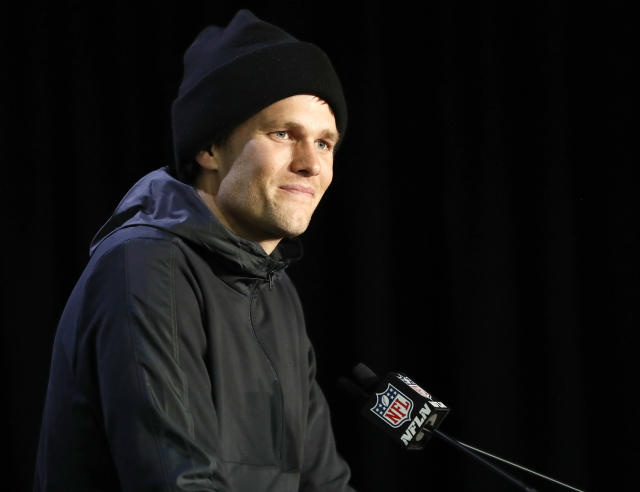 Less than a week after Alex Reimer called Tom Brady’s daughter a “pissant” live on WEEI radio, it seems the New England Patriots quarterback is willing to patch things up with the station.
The disagreement began when Reimer made the off-color reference to the quarterback’s 5-year-old daughter Vivian while reviewing Brady's documentary series Tom vs. Time in a segment on WEEI last Thursday. Brady called into the Kirk and Callahan Show on WEEI on Monday morning and registered his displeasure with Reimer’s comments.
“I’ve tried to come on this show for many years and showed you guys a lot of respect,” Brady told WEEI. “I’ve always tried and come on and do a good job for you guys. It’s very disappointing when you hear [the comments], certainly. My daughter, or any child, certainly don’t deserve that.”
Reimer, who was due to take part in WEEI’s Super Bowl coverage this week from Minneapolis, was indefinitely suspended by the station. WEEI also issued an apology in which it called Reimer’s comments “utterly indefensible,” as reported by Boston.com.
But in comments reported by ESPN, Brady has now said that he doesn't want Reimer fired and it seems that WEEI’s efforts to get the five-time Super Bowl winner back onside are going more successfully than you might have assumed from Monday’s two-minute conversation. Brady was photographed speaking to Kirk Minihane and Gerry Callahan, the hosts of their eponymous show, before his media duties on Wednesday.
“Tom Brady talking before his avail with @KirkAndCallahan.  They laughed afterwards. Sure ironing some items out,” Patriots beat reporter Levan Reid tweeted.
Posted by free heip at 11:31