Should we just go ahead and ban smoking everywhere? 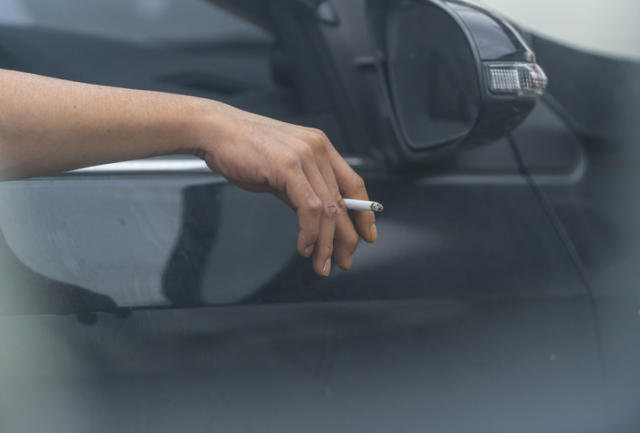 On Jan. 30, the Alabama state House of Representatives passed a bill to ban smoking in vehicles with any riders under the age of 19. If it becomes law, Alabama would be the ninth state to do so.
This comes as the federal agency Housing and Urban Development is rolling out its nationwide ban on smoking in public housing, and just a few years after many states have outlawed smoking in beaches and public parks. This trend raises the question: Are we getting closer to prohibiting tobacco smoking altogether? And would that be such a bad thing?
“In America, it’s very difficult to be simply paternalistic,” Ronald Bayer, co-director of the Center for the History and Ethics of Public Health at Columbia University’s Mailman School of Public Health, tells Yahoo Lifestyle. American values of privacy and freedom make it very difficult to prohibit anything as mainstream as tobacco, even if it’s to save the lives of smokers. That old “nanny state” argument rears its head every time.
In 2014, a Gallup poll found that 79 percent of Americans would be against an outright ban of smoking. On the other hand, 56 percent were in favor of prohibiting smoking in public places. The difference is that people accept the concept of protecting nonsmokers from the dangers of secondhand smoke.
In 2006, the surgeon general declared that there is no risk-free level of second-hand smoke. So even if some are skeptical that smoke coming in from the street to the second or third floor of a building would do real damage to nonsmoking residents, second-hand smoke is the only politically acceptable grounds for such laws.
You won’t hear anyone arguing that smoking with children in the car is a good thing either.
“Exposing a child to smoke in a closed environment is really unhealthy,” Bayer says. But laws like Alabama’s pose other problems, and he wonders if this would become a new way to target minorities, like controversial “stop and frisk” policies. “How are you going to enforce it?” he asks. “Are people of color going to be stopped more frequently and searched to see if they are smoking? … The questions of enforceability and what intrusions are necessary to enforce it are critically important.” 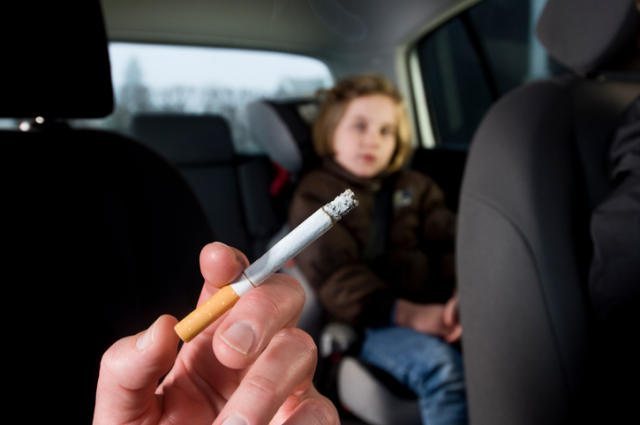 While there is plenty of evidence that public space and workplace bans on smoking improve the health of adults and their children, not even the scholars trying to envision a future without tobacco smoking are pushing for all-out prohibition. One of the stumbling blocks for prohibition would be the disproportionate affect such a law would have on the poor.
“About 5 percent of people with a graduate degree smoke and about 30 percent of people with a GED smoke, so there’s a very steep social gradient,” Bayer explains.
With millions of people still addicted to cigarettes, there is also the very real fear that a ban would spawn a black market similar to what exists with illegal drugs or what happened with alcohol during Prohibition.
Bayer suggests that one way to help people quit would be by tackling the problem from the supply side. “I think we would do much better to think about reducing the nicotine content, so that the addictive quality of cigarettes wasn’t as severe, and make quitting easier.”
The World Health Organization’s Framework Convention on Tobacco Control established a method called MPOWER in 2008 that aims to end the “global tobacco epidemic,” which kills over 7 million people each year. The way to do this is not by banning it all at once, but instead by monitoring use and prevention, protecting citizens from second-hand smoke, offering ways to help people quit, warning people of the dangers of smoking, enforcing bans on advertising, and raising taxes on tobacco products.
Posted by free heip at 12:39