Wisconsin legislator to propose banning marijuana tests for most jobs 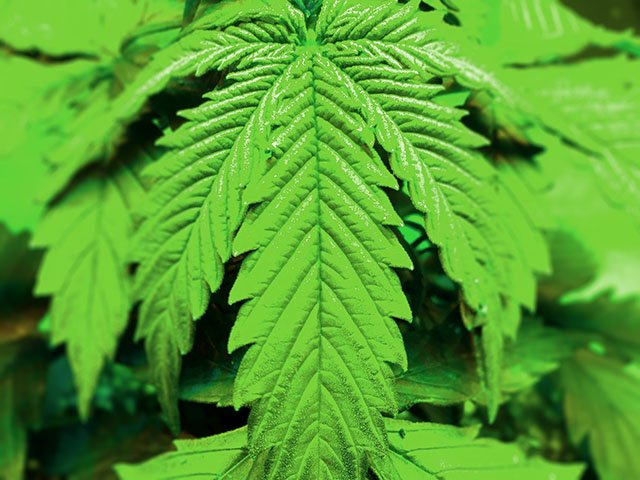 Eric Marsch doesn’t understand why some companies are still testing employees for THC, the psychoactive component of marijuana.
“Especially with cannabis being legal in so many states, no one should have to worry about losing their job for recreational cannabis use,” says Marsch, an organizer with the southeastern Wisconsin chapter of NORML — the National Organization for Reform of Marijuana Laws.
“We strongly believe that no one should be penalized at work for what they do in their free time,” adds Marsch.
The group has an ally in state Rep. David Bowen (D-Milwaukee). Bowen tells Isthmushe plans to introduce a bill on Feb. 15 that would block employers from urine testing for THC, or disqualifying people for jobs based on testing positive for cannabis. The bill would apply to both public and private sector workers, but would not apply to those with jobs operating heavy equipment.
“Consuming THC weeks or months out from a job interview should not disqualify someone from finding employment any more than someone who drank a few beers on another date should be kept out of work,” Bowen says in an email. “While I am in favor of the safe legalization and regulation of marijuana for both recreational and medicinal use, until that happens, people should not be stigmatized for using a substance whose effect on society is less negative than society's reaction to it.”
NORML will hold a rally on Feb. 15 from 9 a.m. to 4 p.m. at the Capitol to draw attention to the issue. The group will distribute information and talk to legislators about the prospect of legalization.
Over the years, NORML has used its network of volunteers and friendly politicians to help lobby in favor of cannabis legalization. In states where the drug is illegal, the group works on educating the public about the plant and possible benefits of legalization.
Wisconsin NORML argues urine tests are ineffective, since THC is detectable long after being psychoactive. Someone could fail a urine test weeks after consuming marijuana. Marsch says drug testing “serves only to persecute medical patients and people with alternative (yet increasingly mainstream) lifestyles by denying them the right to employment.”
He notes a failed drug test “can make a skilled and responsible worker unemployable, sending them into a downward spiral of poverty.”
Marsch argues that people should only be fired if their marijuana use causes a “danger or hindrance” on the job. Right now, people can be fired for “simply choosing a safer recreational alternative to alcohol,” he says.
Cannabis advocates point to a 2017 study by the National Academies of Sciences that found cannabis users present no more risks on the job than non-users. They also point to a 2016 study by the National Bureau of Economic Research that found states with legal medical marijuana had higher employment rates among adults over 50.
NORML expects resistance to Bowen’s proposal.
Marsch blames Republican leaders for refusing to consider cannabis reform, saying they are “putting partisanship before the people of Wisconsin.”
He notes that a 2016 poll found 59 percent of Wisconsin residents favor legalizing marijuana. And a November 2017 national poll by the American Civil Liberties Union found 91 percent of Americans want criminal justice reform.
Despite the strong support for legalization, Marsch says getting there will take a lot of work. The group plans to promote pro-cannabis political candidates, host rallies and continue its public information campaign.
“With tens of thousands of Wisconsinites being directly harmed by prohibition every year, we know this will be a winning issue as long as we keep dialogue and attention on it,” Marsch says.
Posted by free heip at 10:56