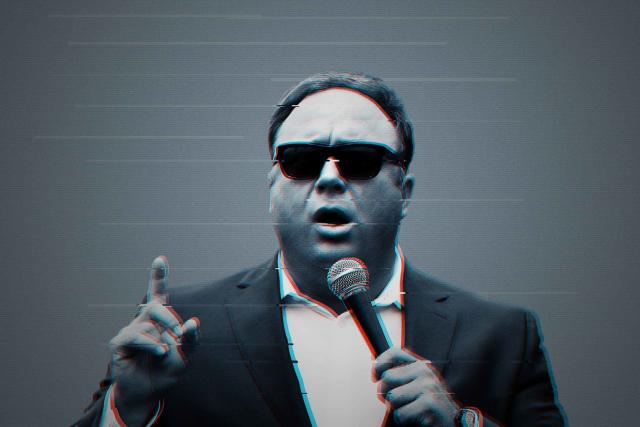 Alex Jones has spent years claiming the massacre at Sandy Hook Elementary School ― where a shooter killed 20 small children and six adults ― was faked. He has claimed the parents of these dead children are liars and “crisis actors.”
Now, those parents are coming after him.
In a pair of lawsuits filed late Monday, the parents of two children who died in the December 2012 shooting in Newtown, Connecticut, say Jones’ repeated lies and conspiratorial ravings have led to death threats. The suits join at least two other recent cases accusing the Infowars host of defamation.

I lost my son. I buried my son. I held my son with a bullet hole through his head. Neil Heslin, father of a 6-year-old boy killed during the Sandy Hook shooting.

Neil Heslin, the father of a 6-year-old boy killed in the shooting, and Leonard Pozner and Veronique De La Rosa, who lost their own little boy, filed the suits in Austin, Texas, where Jones’ conspiracy-minded media outlet is based. Each suit is seeking more than $1 million in damages from Jones, Infowars and a related company, Free Speech Systems LLC. Infowars reporter Owen Shroyer is also named in one of the suits.
“Even after these folks had to experience this trauma, for the next five years they were tormented by Alex Jones with vicious lies about them,” Mark Bankston, the lawyer handling the cases for the parents, told HuffPost. “And these lies were meant to convince his audience that the Sandy Hook parents are frauds and have perpetrated a sinister lie on the American people.”
Bankston, of the Houston law firm Farrar & Ball, is also involved in another defamation suit against Jones, representing a man whom Infowars incorrectly identified as the Parkland, Florida, school shooter.
Infowars, Jones and Shroyer did not immediately respond to requests for comment.
Heslin’s suit focuses on what it calls a “heartless and vile” claim of Shroyer’s: that the father lied in an interview with NBC News’ Megyn Kelly about holding his dead son’s body.
“I lost my son. I buried my son. I held my son with a bullet hole through his head,” Heslin told Kelly in the June 2017 segment profiling Jones. 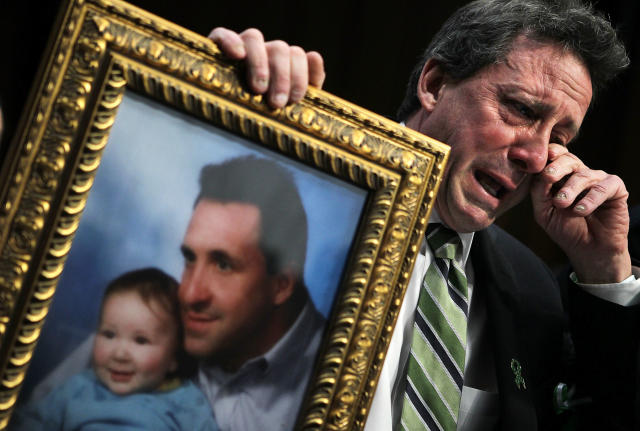 Days after the segment aired, Shroyer told Infowars viewers that Heslin could not have held his son because victims were identified through photographs, not in person.
“That’s not something you would just misspeak on,” Shroyer said during the June 26, 2017, broadcast, which Jones himself plugged a month later.
But that claim is “manifestly false,” Heslin’s suit says: The children’s bodies were eventually turned over to their parents for their funerals.
In the other suit filed Tuesday, Pozner and De La Rosa ― whose son was the youngest victim in the shooting ― are also targeting Jones for calling them liars.
During an April 2017 broadcast on Infowars, Jones discussed an interview De La Rosa gave to CNN’s Anderson Cooper shortly after the tragedy, and claimed the entire thing was faked.
“So here are these holier than thou people, when we question CNN, who is supposedly at the site of Sandy Hook, and they got in one shot leaves blowing, and the flowers that are around it, and you see the leaves blowing, and they go [gestures]. They glitch,” Jones said, according to a transcript quoted in the lawsuit. “They’re recycling a green-screen behind them.”


Anyone ... who spends 15 minutes talking to one of these parents will understand immediately how vile this lie was. Mark Bankston, lawyer for the Sandy Hook parents suing Jones.

This was a lie Jones has been repeating for years.
“Folks, we’ve got video of Anderson Cooper with clear blue-screen out there,” Jones said in 2014. “He’s not there in the town square. We got people clearly coming up and laughing and then doing the fake crying. We’ve clearly got people where it’s actors playing different parts for different people, the building bulldozed, covering up everything.”
It’s been five years since the shooting, the lawsuit says, and “Mr. Jones continues to push this sick lie about Mrs. De La Rosa and her interview.”
Infowars’ practice of disseminating outright lies has led to serious consequences for the families of the Sandy Hook victims, the lawsuit says. In June 2017, Florida woman Lucy Richards, then 57, was sentenced to five months in prison for sending threats to Pozner.
“You gonna die,” Richards told Pozner in one recorded voicemail message. “Death is coming to you real soon.”
As part of her sentence, Richards will no longer be allowed to access Infowars, according to the lawsuit.
As of Tuesday morning, Infowars still had blatantly false stories posted on its website claiming the mass shooting was a hoax.“FBI SAYS NO ONE KILLED AT SANDY HOOK,” screams one headline. 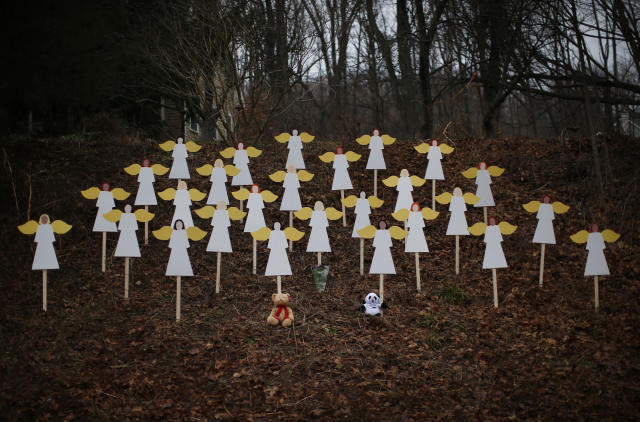 Bankston told HuffPost he has never before seen cases involving the kind of “mental anguish” these parents are experiencing.
“I think as a father, it’s a very surreal experience,” Bankston said. “Anyone, parents or not, who spends 15 minutes talking to one of these parents will understand immediately how vile this lie was, and how genuine their pain is.”
The defamation lawsuits could have devastating consequences for Jones and Infowars, especially because these are not the only ones against him. In March, the man who recorded the deadly car attack at last year’s white supremacist rally in Charlottesville, Virginia, sued Jones for calling him a “deep state shill” and a “CIA asset”who helped organize the attack ― he’s not, and he didn’t.
And then there’s the lawsuit Bankston filed earlier this month. He’s suing on behalf of the 24-year-old man whom Infowars falsely identified as the gunman who killed 17 people at Marjory Stoneman Douglas High School in February.
For the Sandy Hook parents, they just want the lies to stop. Even when Jones made an assurance he’d stop talking about it, that too was a lie. During a November 2016 broadcast, Jones said that if “children were lost at Sandy Hook, my heart goes out to each and every one of those parents.”
But he didn’t stop there: “The only problem is, I’ve watched a lot of soap operas, and I’ve seen actors before. And I know when I’m watching a movie and when I’m watching something real.”
The broadcast was titled “Alex Jones Final Statement on Sandy Hook.”
Less than a year later, in April 2017, Jones aired another segment. It was titled “Sandy Hook Vampires Exposed.”
Posted by free heip at 08:41