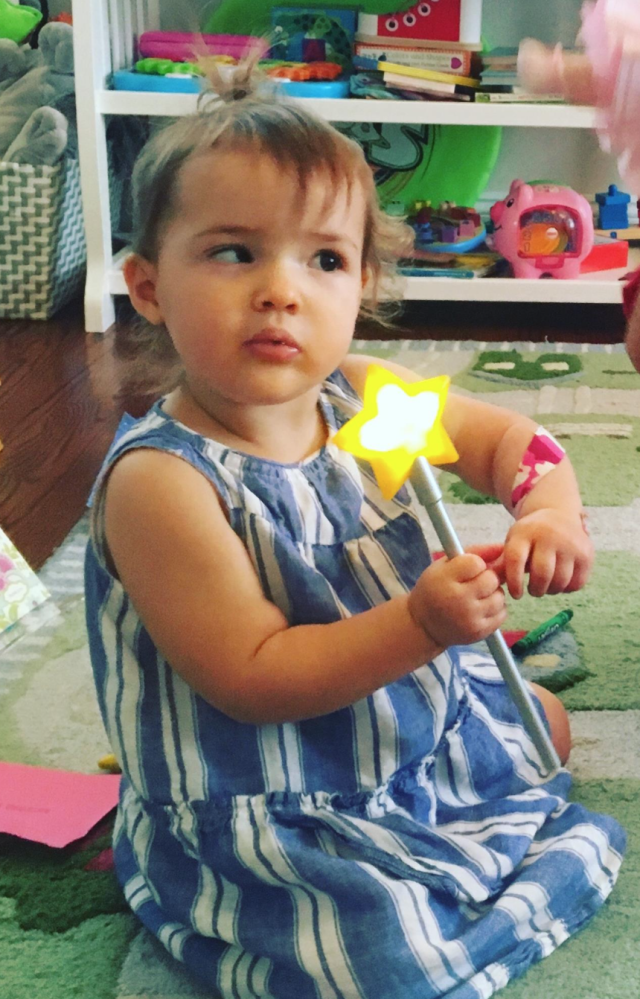 When Pope Francis kissed baby Gianna Masciantonio in 2015, some saw it as an encouraging sign. The 1-year-old had been diagnosed with a brain tumor, Philadelphia’s Fox 29 News reported at the time. Doctors had not expected that she would make it to her first birthday, but she overcame the odds — and days after her birthday, Pope Francis kissed her head.
CBS Philadelphia reported that Gianna has histiocytosis, a rare condition that made it impossible for her to have surgery to remove the tumor. The blood disorder caused lesions on her brain stem, the outlet explained. Gianna was treated with chemotherapy, and CBS Philadelphia reports that now, Gianna is in good health and will begin preschool this year. 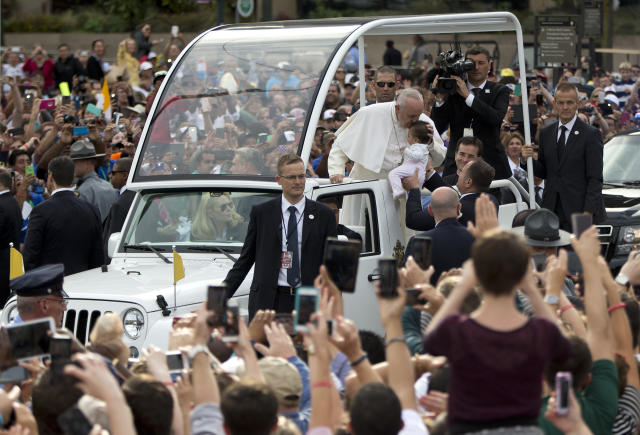 To commemorate Gianna’s recovery, her parents, Joey and Kristen Masciantonio, donated $50,000 to the Children’s Hospital of Philadelphia, where Gianna was treated. They made the donation in the name of the foundation they started, For the Love of Grace. Grace is Gianna’s middle name, and the foundation is dedicated to helping children with brain tumors and histiocytosis
“From what I thought at age 4 months when I operated on her, if you would have told me she’d be running around getting ready to start preschool, I would have told you you’d be crazy. It just wouldn’t happen,” Dr. Phillip Storm, the hospital’s chief of pediatric neurosurgery, told CBS Philadelphia.
Whether or not Gianna’s recovery was affected by the kiss from Pope Francis, it sounds as if the medical team who worked with the baby is thrilled with her recovery. Pope Francis has apparently taken an interest in Gianna’s recovery, too. He didn’t know she was suffering from a brain tumor at the time of his visit to Philadelphia. But he’s kept up with the news of her condition, according to a 2016 report from CBS Philadelphia.
Posted by free heip at 09:46