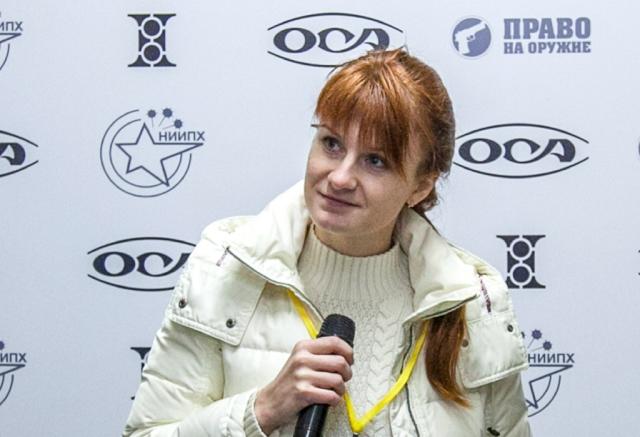 Washington (AFP) - A Russian gun rights supporter who built up a network of powerful Republican contacts while studying at a university in Washington has launched a fund-raising campaign to pay for her defense against espionage allegations.
Maria Butina, 29, opened a website to raise money for her case after being arrested last month by counterintelligence agents and charged with acting illegally as an unregistered agent for the Russian government.
"I'm Maria and I need your help," the website says, with pictures of the smiling redhead at different sites around the United States.
The native of Siberia came to the United States to gain a master's degree from American University, and while there "she championed peace and positive relations between her homeland and the United States," the website says.
"But after graduating with honors, she was arrested by the US government for crimes she did not commit." The website did not indicate how much money she had raised so far.
In court filings the Justice Department called Butina a "covert Russian agent" who maintained contacts with Russian spies and pursued a mission "to penetrate the US national decision-making apparatus to advance the agenda of the Russian Federation."
She built contacts through the powerful National Rifle Association by setting up her own mirror gun rights group in Russia, where private firearms are strictly controlled.
That eventually saw her mingling with senior politicians, whom she met through her boyfriend, a Republican operative.
But court documents said she used him only to build her network, and that while living with him she offered sex to someone else to get a job in a US lobbying group.
On July 18 she pleaded not guilty to two criminal charges of conspiring to act as a foreign agent without registering, and acting as a foreign agent. The first charge brings a maximum five years in prison, while the second carries a maximum 10 years.
"This is not a spy case," her lawyer Robert Driscoll said at the time.
Posted by free heip at 09:44