Her Daughter Was Killed In The Santa Fe School Shooting. Now She Feels Like The Outcast.

Rhonda Hart and her daughter, Kimberly Vaughan, were supposed to return to Santa Fe High School on Monday. Neither of them will. 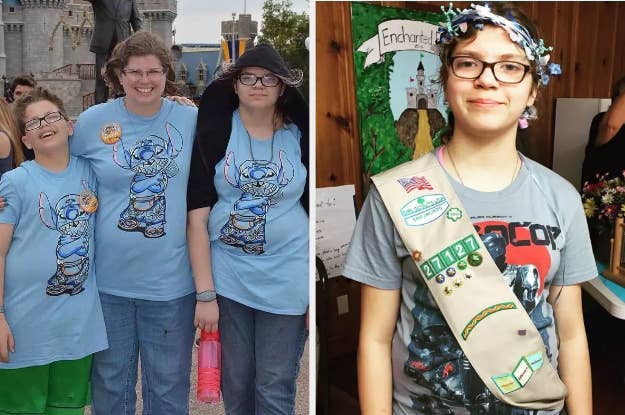 Kimberly Vaughan’s family celebrated her 15th birthday with a visit to LeakyCon, the annual Harry Potter fan convention, in Dallas last weekend. On Sunday, the family took selfies with stars from the films and went to a "wizard rock” concert, where each band dedicated a song to the birthday girl.
"Her birthday was happy, sad, exciting, sickening," her mother, Rhonda Hart, told BuzzFeed News.
Kimberly will forever be 14 years old. She was killed in the Santa Fe High School shooting on May 18, along with seven of her classmates and two teachers.
On Monday, Kimberly was supposed to start her sophomore year. Instead, her classmates will walk through new metal detectors. Nine additional security staffers will guard the grounds. And school employees will use new training to identify at-risk students. All in the hope of stopping what happened to Kimberly from happening to anyone else.
For Hart, that’s not enough. She wants systemic change on a national level. She’s pushing for tighter gun regulation and "red flag" laws. She’s encouraging people to elect progressive candidates. And in Santa Fe, Texas, that sets her apart, particularly from other grieving parents who have banded together after the tragedy.
“I am the black sheep of our group,” Hart said. “Their idea of change is not the same.”
"I am the black sheep of our group," Hart, who turns 37 on Sunday, said. She removed herself from a Facebook group that was just for families of Santa Fe victims because she found it frustrating.
"Their idea of change is not the same," Hart said. "They want to do a barbecue fundraiser, a silent auction."
Many parents of the Santa Fe victims are focused on change at the local level. For example, Rosie Stone, the mother of Chris Stone, a student who died in the shooting, is currently running for a spot on the school board and traveled to a conference in Florida to learn what other districts have done after school shootings.
Hart believes her town has "fallen off the radar." It’s hard not to compare Santa Fe to Parkland, even though both the communities and circumstances of the shootings are very different. Many in the conservative town outside of Houston just wanted to move on and focus on the town’s "Santa Fe Strong" call for unity.
"My take on 'Santa Fe Strong' is: I feel like if you had been stronger and more aware of your jobs, then this wouldn’t have happened," Hart said.
"Everybody got really upset about Parkland," which captured the nation’s attention and became a rallying cry for sweeping change, she said. "With Santa Fe, it's 'those kids in that little town in Texas.'"
Student activist Bree Butler, 18, who graduated from Santa Fe High School this year and spent several weeks of the summer on the March for Our Lives movement’s Road to Change Tour, keeps in regular touch with Hart and understands what it’s like to be openly progressive concerning gun regulation in a conservative town.
"I really do think we are in a similar position, the biggest difference is that she’s a lot braver than I am," said Butler. "As soon as I started getting backlash, I ran away and she didn’t. I don’t know how she’s done it."
Hart wishes she could have taken Kimberly to LeakyCon, but tickets last year were too expensive.
Kimberly and her little brother Tyler, now 11, inherited their mother’s love for the series. When Hart was pregnant with Kimberly, back in 2003, she read Harry Potter and the Order of the Phoenix in a doctor’s office while getting prenatal tests done.
The family listened to the audiobooks, watched the movies, and helped organize a Harry Potter party at their local library last year. Earlier this year they visited the Wizarding World of Harry Potter in Orlando.
A few summers ago, Kimberly went to a "Harriet Potter"–themed Girl Scouts camp; this summer, a week of it was dedicated to her, and donations covered several girls’ camp fees.
After Kimberly died, the organizers of LeakyCon reached out and offered free tickets to Hart, Tyler, and some supportive friends. 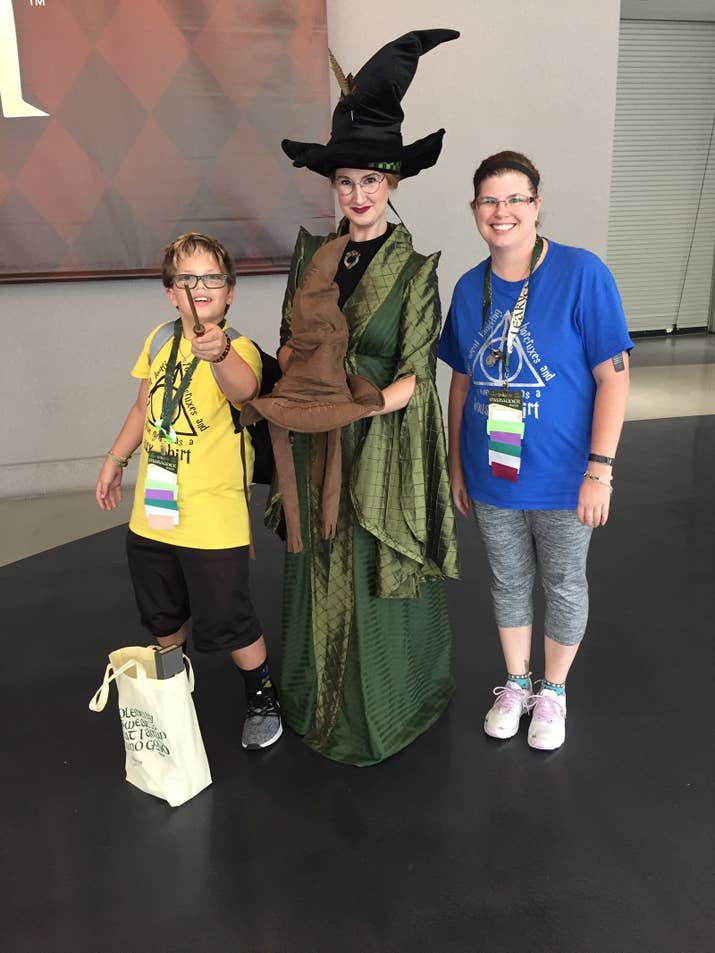