Katfighting with the Kardashians: Why sister brawls are unique

Sunday’s season premiere of Keeping Up With the Kardashians was intense, to say the least. In it, Kim and Kourtney Kardashian tore into each other over the planning of their annual family Christmas card.

It all started when Kourtney told Kim that she wouldn’t do the shoot if it didn’t work with her schedule. Kim wasn’t impressed and told her sister to “get the f*** out of here and go. No one wants you in the f***ing shoot.” Kim then got completely vicious. “Maybe if you had a f***ing business that you were passionate about, then you would know what it takes to run a f***ing business. But you don’t, so don’t even act like you know what I’m talking about,” she said. 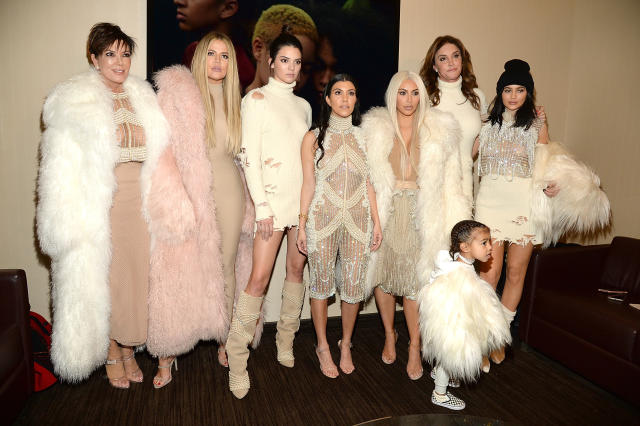 Kourtney stormed out, but heard Kim say this as she left: “She’s the least exciting to look at, so she can be out. She doesn’t do s***. She doesn’t know what it’s like to actually have work to do.”
Kourtney later told Kim that she thinks her family is “disgusting” and that she’s “ashamed to be a part of” it. She also told Kim, “You’re a very distraught, evil human being. I don’t want to see you, OK? I don’t agree with who you are as a human being.”
It didn’t end there: Khloé Kardashian tweeted on Sunday night that she “just wanted peace,” and Kourtney responded with this:
Kourtney later made it clear on Twitter that she loves her sisters — she just doesn’t like the way they fight:Whew. For the record, these vicious fights are more about being siblings and less about being sisters. “Having two brothers and no sisters, I can tell you that brothers fight as vigorously, if not more,” licensed clinical psychologist John Mayer, author of Family Fit: Find Your Balance in Life, tells Yahoo Lifestyle. However, sisters tend to fight more over emotional factors, while brothers tend to fight more over egotistical elements, licensed clinical psychologist Ramani Durvasula, author of Should I Stay or Should I Go?, tells Yahoo Lifestyle.
Sibling fights are so intense because there’s a lot of history behind these relationships, Durvasula says. Siblings likely fought as children, she points out, creating a precedent for the way conflict is handled among them. “Every sibling fight seems to devolve into something very primitive,” she says. “The stakes often seem higher.” Not only that, but there may be unresolved conflicts from the past that keep surfacing or getting dragged into arguments, which can quickly take a fight over something like scheduling and make it much more heated.
Still, most people feel that their love for their siblings is unconditional and vice versa, and that can lead people to take things further than they would in arguments with other people in their lives, such as friends, Durvasula says.
If you tend to have extremely heated arguments with your siblings, Mayer recommends trying to view those relationships like the non-sibling relationships in your life. “What I teach young people is to treat your family members exactly how you would someone you work with, a classmate, teacher, or coach,” he says. “You wouldn’t think of treating them in that same way.”
It’s also crucial to stop dragging in old baggage, Durvasula says. “It’s important to ask yourself if you’re really arguing over the issue at hand or something that dates way back to when you were teenagers,” she says. “Take a step back and see what you were arguing about.” Focusing on just that might help keep things more civil the next time around.
Posted by free heip at 08:22