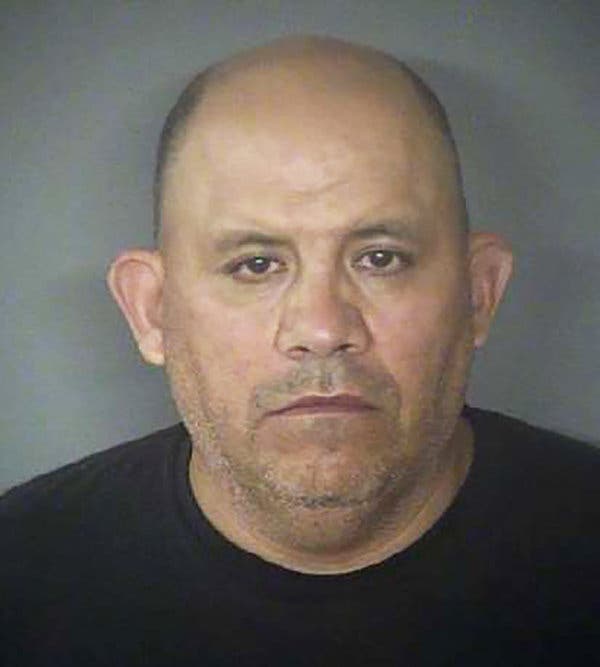 A Texas sheriff’s deputy charged with sexually assaulting a 4-year-old girl and accused of threatening her immigrant mother with deportation if she reported him was found dead in his jail cell, apparently of suicide, the authorities said on Tuesday.
The man, Jose S. Nunez, was found in his cell at Karnes County Correctional Center at 5:45 p.m. on Monday, said Sgt. Elizabeth Gonzalez, a spokeswoman for the Bexar County Sheriff’s Office. She said the Karnes County Sheriff’s Office and the Texas Ranger Division were investigating.
Sergeant Gonzalez said Mr. Nunez had been held at the jail since June 17.
Mr. Nunez, 47, was arrested that day in Bexar County after the girl’s mother said that her child made an “outcry” about the abuse, and she reported him to a fire station, Sheriff Javier Salazar said at a news conference that month.
Mr. Nunez was charged with super aggravated sexual assault of a child, a first-degree felony because of the girl’s age, Sheriff Salazar said. In the event of a conviction, the charge carries a prison sentence of at least 25 years.

The girl’s mother entered the United States illegally from Guatemala, and the authorities believed that Mr. Nunez used that information to “place the mother in fear that she would be deported” if she spoke out, Sheriff Salazar said.
Mr. Nunez, who worked as a detention officer at the Bexar County jail in San Antonio for 10 years, was suspected of touching the girl inappropriately on numerous occasions at her home, and investigators were looking into whether the abuse could have lasted several years, Sheriff Salazar said in June. Mr. Nunez had been on unpaid leave since his arrest.
Calls to the Karnes County Sheriff’s Office and to Audrey Louis, the district attorney for the 81st Judicial District, were not returned. The jail, which is in Karnes City, Tex., is operated by the GEO Group, which did not respond to an emailed request for comment on Tuesday.
On Tuesday, Sheriff Salazar said that “at this point, we have to wait for the medical examiner.” He said the authorities had not been given any indication that there was foul play.
Law enforcement officials have expressed worries that undocumented immigrants are afraid to report crimes out of fear that they could be deported or separated from their children.
Posted by free heip at 10:17