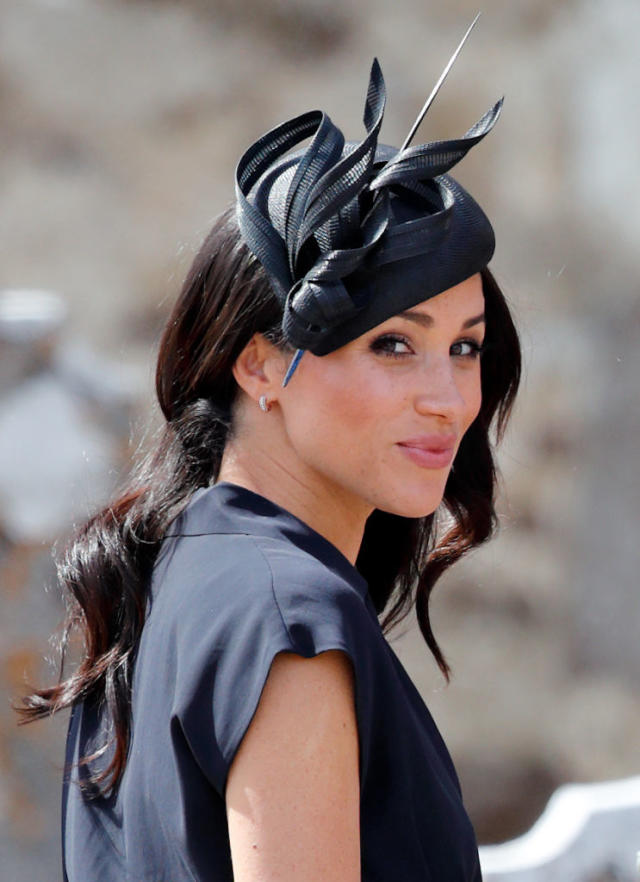 Another day, another unfortunate interview with Meghan Markle’s dad.
Ever since the royal wedding, Thomas Markle has been giving interviews to various media outlets, talking about how he’s not in touch with his daughter. This week, Thomas Markle told U.K. outlet the Sun that he believes the royal family operates “like Scientologists.”
“They are either like Scientologists or the Stepford family,” Thomas Markle told the Sun, referring to the royals. “If they hear anybody say anything, they just lock the doors. They need to speak up! They are cult-like — like Scientology — because they are secretive.”
Obviously, Markle’s description is more than a bit of a stretch. It’s one thing for the royal family to keep things private, but that doesn’t mean they’re “cult-like.” (For the record, the Church of Scientology maintains that it isn’t a cult.)
Markle told the Sun he has no way of contacting his daughter. “I would like my relationship with Meghan to be like father and daughter, like we’ve always been,” he told the Sun this week. He also told the outlet that if Prince Harry and Meghan Markle have a child, he wants to be there as the baby’s grandfather.
Markle’s conversations with the Sun this week are only the latest in a string of interviews he has given in the past few months. He hasn’t been secretive about the fact that he’s not in touch with his daughter, and has been pretty critical of the royal family. Last month, Thomas Markle gave the Daily Mail a nine-hour interview, during which he said that Princess Diana “wasn’t perfect.”
“Princess Diana is credited with changing the royal family, but she wasn’t perfect. She was still very much one of them,” Markle told the Daily Mail in July. “I think Meghan’s the one who’ll bring them into the 21st century, if they’ll let her.”
In a separate interview with the Sun last month, Thomas Markle said he thought his daughter was “under too much pressure” from the royal family. “It really worries me. I think she’s under too much pressure,” Markle told the Sun. “There’s a high price to pay to be married to that family.”
Based on his recent comments, it doesn’t look like Thomas Markle has any plans to stop giving interviews — and presumably embarrassing his daughter — anytime soon.
Fortunately, Meghan Markle’s relationship with her mom seems to be much better. Doria Ragland is reportedly moving to England to be closer to her daughter, and she could be living in London as soon as next month. So even though it doesn’t seem the drama with Thomas Markle will stop anytime soon, the duchess still has one parent she can rely on for support.
Posted by free heip at 09:51