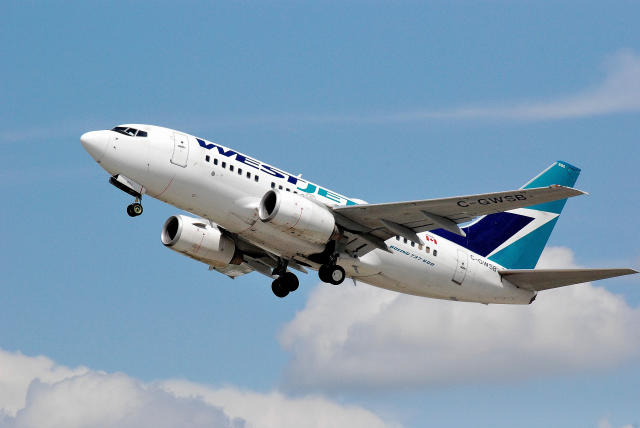 The Canadian budget airline WestJet has issued an apology after a passenger on a recent flight went public about being outed as a trans woman by an employee.
CBC News reports that Lenore Herrem was traveling from Calgary to Saskatoon last Wednesday when a WestJet gate agent questioned her government-issued ID, which labels her as male. Herrem also presents as male in the photo featured on her 5-year-old health care card.
“She got upset and said, ‘They don’t match,’ but her colleague said, ‘Yes, they do, it’s fine, go ahead,'” Herrem told the news agency, describing her exchange with the gate agent.
“So I gently and discreetly expressed to her, ‘It’s because I’m transgender. That’s why they don’t match up. But my face is the same and my ID matches the name on my boarding pass.'”
Herrem, who said she hasn’t had issues with her ID before, was allowed to board the plane. About 10 minutes later, both agents approached her and again asked to see her ID.
“She said something like, ‘Oh, that’s not the name I remember seeing on the computer when I looked at it,’ and she started spouting off different, other women’s names that were not mine,” Herrem said.
“She rolled her eyes at me and said, ‘Are you sure it wasn’t your girl name that was on the computer?’ … She outed me in front of the whole airplane.”
The incident left Herrem feeling “unsafe, vulnerable, belittled” in front of her fellow passengers.
“I was in shock,” she said. “It was quite traumatizing … especially the way she did it so loudly and in front of everyone; it was really unprofessional.”
WestJet has since addressed the issue in a statement to CBC. It has offered Herrem a credit for the flight and has vowed to investigate the matter.
“WestJet’s inclusive culture is a point of pride for WestJetters and our goal has always been to create a safe and inclusive environment for all,” the company said.
“We have extended our apologies to the guest and are reviewing the matter as we are continuously assessing and evolving our practices and policies to maximize inclusiveness and celebrate diversity.”
Herrem has accepted the apology.
“I was pleased with the way [the representative] did deal with it,” she said. “She expressed that they will be implementing training to staff to deal with these sorts of situations better in the future, which was the most important thing for me to hear.”
Posted by free heip at 09:03