A senior Trump campaign official confirms to ABC News, the campaign has filed arbitration against Omarosa Manigault-Newman Tuesday morning in New York for allegations that she violated her non-disclosure agreement with the Trump campaign.
In a statement to ABC News, the official says: “Donald J. Trump for President, Inc. has filed an arbitration against Manigault-Newman with the American Arbitration Association in New York City, for breach of her 2016 confidentiality agreement with the Trump Campaign. President Trump is well known for giving people opportunities to advance in their careers and lives over the decades, but wrong is wrong, and a direct violation of an agreement must be addressed and the violator must be held accountable.” 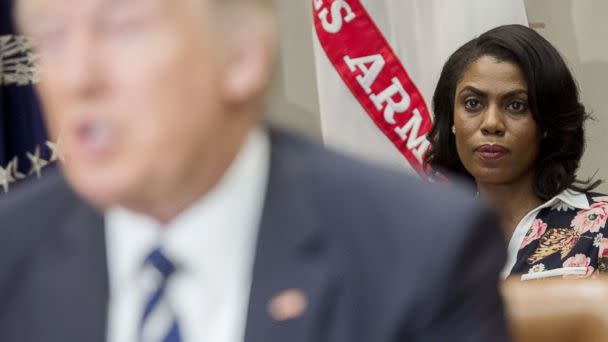 Like all employees of the Trump presidential campaign, Manigault-Newman was required to sign a non-disclosure agreement. That agreement, as described by a source familiar with its contents, tells ABC News it sought to protect the Preisdent, the Trump family, Trump Organization.
In her new book, “Unhinged”, Manigault-Newman says she was offered a position in the Trump 2020 re-election campaign but was asked to sign another non-disclosure agreement. A source familiar with that agreement tells ABC News the difference between the previous agreement she signed and the new one was that this new agreement included Vice President Mike Pence and his family.
ABC News has reached out to Manigault-Newman for response.
This is a developing story. Please refresh for details.
Posted by free heip at 10:32