Alcohol causes one in 20 deaths worldwide, says WHO

Report finds 13.5% of deaths among people in their 20s are linked to alcohol 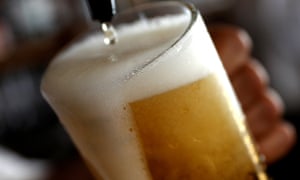 Alcohol is responsible for more than 5% of all deaths worldwide, or around 3 million a year, new figures have revealed.
The data, part of a report from the World Health Organization, shows that about 2.3 million of those deaths in 2016 were of men, and that almost 29% of all alcohol-caused deaths were down to injuries – including traffic accidents and suicide.
The report, which comes out every four years, reveals the continued impact of alcohol on public health around the world, and highlights that the young bear the brunt: 13.5% of deaths among people in their 20s are linked to booze, with alcohol responsible for 7.2% of premature deaths overall.
It also stresses that harm from drinking is greater among poorer consumers than wealthier ones.
While the proportion of deaths worldwide that have been linked to alcohol has fallen to 5.3% since 2012, when the figure was at 5.9%, experts say the findings make for sobering reading.A WHO alcohol-control expert, Dr Vladimir Poznyak, who was involved in the report, said the health burden of alcohol was “unacceptably large”.
“Unfortunately, the implementation of the most effective policy options is lagging behind the magnitude of the problems,” he said, adding that projections suggested both worldwide alcohol consumption and the related harms were set to rise in the coming years.
“Governments need to do more to meet the global targets and to reduce the burden of alcohol on societies; this is clear, and this action is either absent or not sufficient in most of the countries of the world,” said Poznyak.
Poznyak said the latest figures were likely to underestimate the true picture. “Alcohol use starts in many countries well before [age] 15, so that is why we can say that our estimates are quite conservative, because we don’t count at all the impact of alcohol consumption on kids below 15,” he said.
But there is some cause for optimism. The report notes that the percentage of drinkers is falling in a number of regions, including Europe and the Americas. What’s more, while alcohol consumption per person (including non-drinkers) has remained steady overall, it has fallen from 10.9 litres of pure alcohol in 2012 to 9.6 litres in 2016 in Europe. The overall figure remains highest in Europe, although when only the drinking population is considered, the per person figure is higher in Africa and the eastern Mediterranean region.
Perhaps surprisingly, worldwide almost 45% of recorded alcohol is consumed as spirits, with beer accounting for just over 34% and wine making up less than 12% of the total. That said, more than a quarter of all alcohol consumed falls outside the radar of official statistics.
The report also takes stock of alcohol policies around the world, revealing patchy efforts to restrict advertising or make sure drinks carry health and safety warnings.
Dr James Nicholls, director of research and policy development at Alcohol Concern/Alcohol Research UK, said the figures confirm that alcohol consumption and harm is falling in Europe, showing that cultures and behaviour around alcohol can change.
“Still, Europe remains the highest-consuming region globally, and we know that it is still a major cause of ill-health in the UK – especially in more deprived areas,” he said. 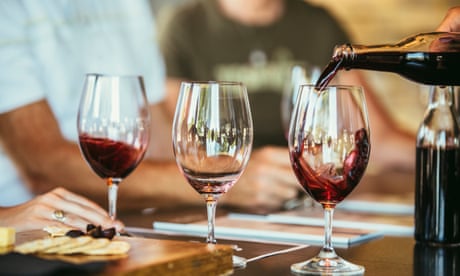 Read more
The report reveals that in the UK, the total alcohol consumed per person among drinkers aged 15 and over was 7.6 litres for women and 21.8 litres for men. What’s more, 13% of men and 4.7% of women in the UK were deemed to have alcohol-use disorders; the average for the European region was 8.8%.
Nicholls said the report flags that, overall, there is a growth in alcohol consumption in developed countries that reflects concerted efforts by alcohol producers to export a “European” drinking culture across the world.
Rajiv Jalan, professor of hepatology at University College London, said that among the key issues was the age of consumption, with almost 44% of 15-19 year olds in European region being active drinkers. “We allow our kids to drink from the age of 16, underage drinking, and I think that is a serious issue that we need to hit on the head,” he said. “Kids are going to casualty drunk from school parties.”
Jalan called the report a wake-up call, saying it is “seriously worrying” that in Europe alcohol is responsible for more than 10% of all deaths.
He said: “The biggest problem that we have is that, certainly in Europe and if you focus more on the UK, there isn’t really a strategy which is all-encompassing in order to address this death rate. All the different elements that are known to work have not yet been implemented.”
Noting that while Scotland had recently introduced minimum alcohol pricing, England had not followed suit, Jalan said all eyes were now on Scotland to see if lessons could be learned for other countries from the policy.
“Hopefully that will show a difference, but by that time many, many other people will be dead,” he said.
Posted by free heip at 11:37