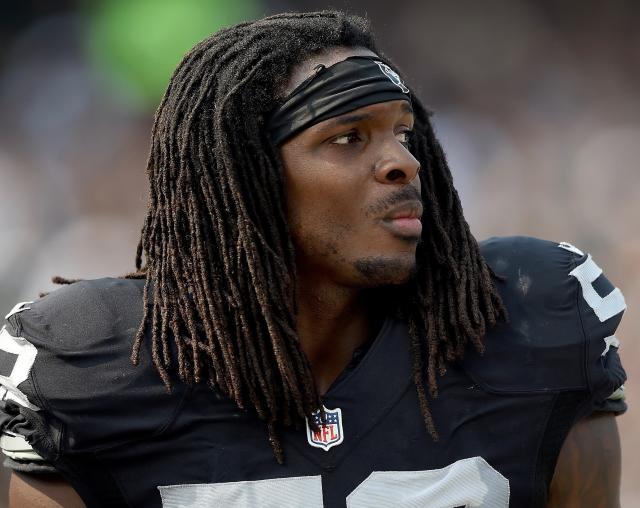 The Oakland Raiders delivered difficult news Tuesday that former linebacker Neiron Ball is in a medically induced coma after suffering a brain aneurysm on September 16.
The 26-year-old started two games for the Raiders as a rookie in 2015, a remarkable accomplishment after he survived a harrowing ordeal battling a rare brain conditioncalled arteriovenous malformation (AVM) while playing at the University of Florida.

The Aneurysm and AVM Foundation spoke with Ball’s family on Tuesday and released a statement on Twitter regarding his condition.

Ball’s brain condition first surfaced at Florida in 2011 during a football workout. What started as a dull pain in his lower neck led to Ball being hooked up to a morphine drip in the hospital where the pain was so intense, he couldn’t tolerate light. Ball’s brother-in-law Dary Myricks described the scene to Yahoo Sports’ Eric Adelson.
“When I saw him, he was in so much pain,” Myricks said. “I knew they’d have tubes and medicine, but he was literally screaming when we walked in.”
Doctors discovered bleeding on his brain and eventually diagnosed him with AVM, a condition where the brain’s blood vessels get tangled and rupture.

Ball eventually underwent a medical procedure to radiate the vessel, intended to create scarring that would cause the tangle vessel to clot.From Adelson’s report:

Finally, Ball returned to Gainesville for surgery. He had a brace attached to his head, cinched into place with four screws. He was given some dye to drink, then was put into a huge radiation chamber while surgeons tried to clot the AVM and stop the bleeding. All Ball could think as he entered the machine was, “I hope this works.”
It did work, but how well? The pain finally subsided, but Ball underwent months of MRIs to make sure the lesion caused by the radiation kept the vessels from bursting again
.

Cleared by doctors, Ball went on to a stunning recovery that saw him return to the football field with the Gators and eventually become a fifth-round draft pick by the Raiders in 2015.
While in Oakland, Ball befriended a 10-year-old Raiders fan who had also suffered AVM, a condition believed to affect 300,000 Americans.
A knee injury, not his brain condition, eventually cut Ball’s Raiders’ career short.

Raiders reach out to fanbase

The Raiders asked for the support of their fanbase as Ball is again unexpectedly dealing with the condition that he thought he had beaten.
“The Raiders ask that Neiron Ball and his family are kept in the thoughts and prayers of the Raider Nation during this difficult time.”
Posted by free heip at 11:54