'I was victim of her exaggerated claims too': Roxanne Pallet accused X-Factor star Rhydian Roberts of assaulting her on Rocky Horror tour five years ago

Roxanne Pallett allegedly made an 'exaggerated' claim that X-Factor star Rhydian Roberts assaulted her during their Rocky Horror tour five years ago.
The news comes as the 35-year-old actress faced a huge backlash for accusing Ryan Thomas of punching her 'like a boxer' in the Celebrity Big Brother house, last week.
Rhydian and Roxanne were due to be starring together in Chester's Cinderella production, but she stepped down from her role after more than 2,200 CBB viewers called her to be axed from the show.
A source told the Sun Rhydian was dreading working with her.
They said: 'Rhydian was upset by the ordeal.
'He told pals he has been a victim of her exaggerated accusations too and was dreading working with her on the pantomime and because he thought it could happen again. 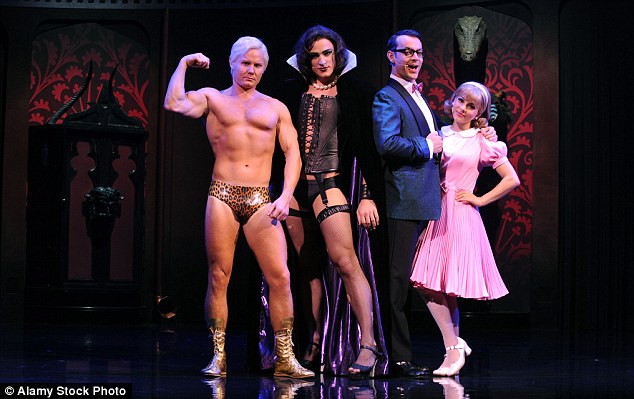 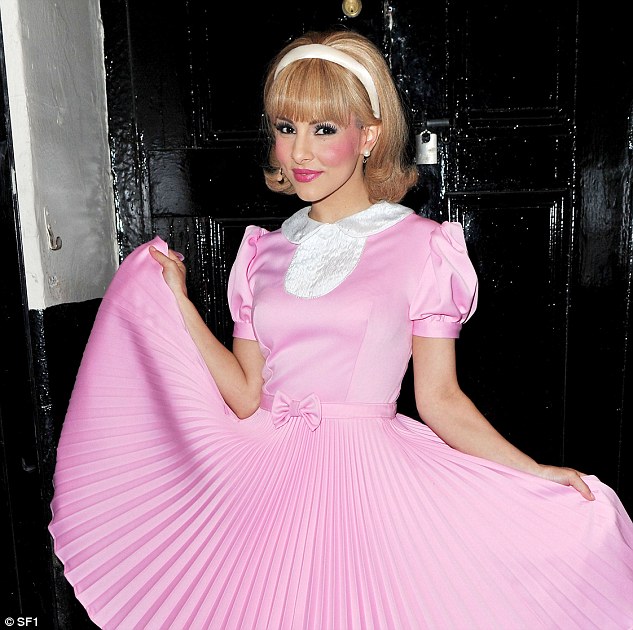 Roxanne Pallett starring as Janet Weiss in the Rocky Horror tour. She worked with Rhydian Roberts for about three months 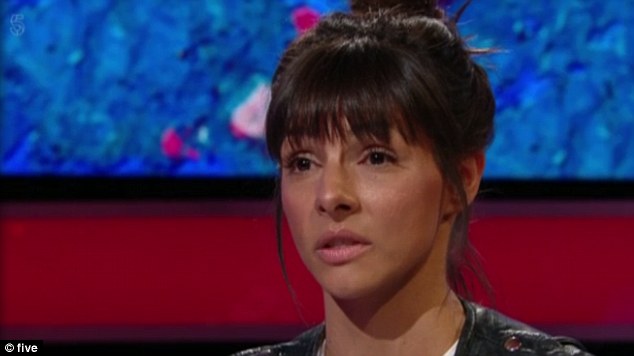 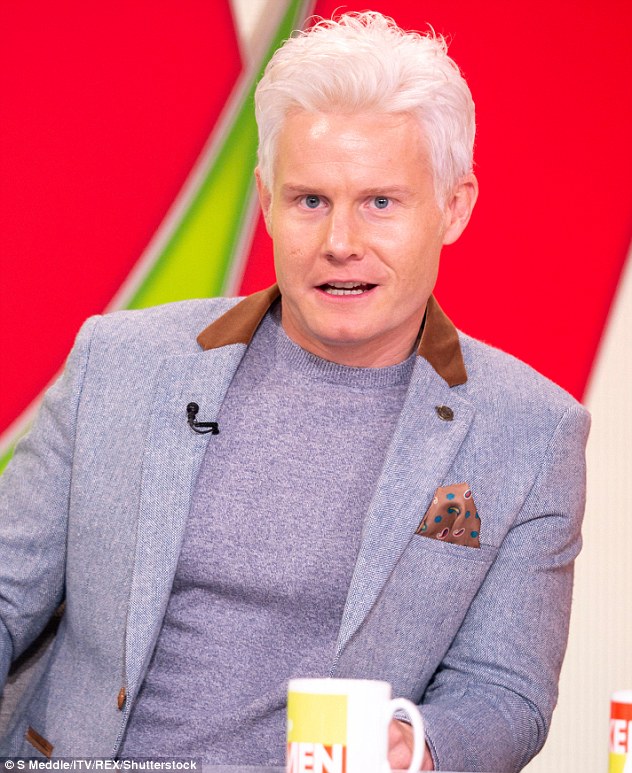 Rhydian and Roxanne were due to be starring together in Chester's Cinderella production, but she stepped down from her role after more than 2,200 CBB viewers called her to be axed
'He didn't initially know she was going to be in it when he signed up. He was scared to be in the panto with her and if she didn't drop out, he would.
'It would also be a massive blow to the theatre as she is no longer a big ticket draw.'
The year-long show launched in December 2012, to celebrate the show's 40th anniversary.
Roxanne Pallett played Janet Weiss for five months, until May 2013, alongside Rhydian who was Rocky until March 2013.
Earlier this week the Welsh singer replied to a CBB viewer who expressed hopes the theatre would recast Roxanne's part, with a picture of a harness and a go-pro - indicating he would be filming all of his interactions with Roxanne.
He also wrote: 'At home testing out my new go pro. It’s b****y marvellous!'
Miss Pallett, from Cumbria, sensationally walked out of the Big Brother house after she heard public chants for her to be axed from the show, on Friday, while 11,000 complaints were made to Ofcom about her allegations.
She gave tearful interviews to both Jeremy Vine and Emma Willis in which she apologised, yet claimed Mr Thomas 'did hurt' her.
A staggering former 21 co-stars have slated the actress - with her former on-screen husband Kevin Fletcher calling her 'evil'.
Mr Roberts is not the only one to have revealed concerns about working with the actress.
Actor Connor Byrne has claimed that Roxanne Pallett falsely accused him of violence when the pair starred in a pantomime together.
The Tracy Beaker star said the incident was a 'carbon copy' of the one that led Pallett to accuse fellow Celebrity Big Brother star Ryan Thomas of being a 'wife beater'.
Byrne called an incident with Pallett, which occurred when they appeared in Jack and the Beanstalk at the Ipswich Regent at Christmas, a 'horrible moment in my life'. 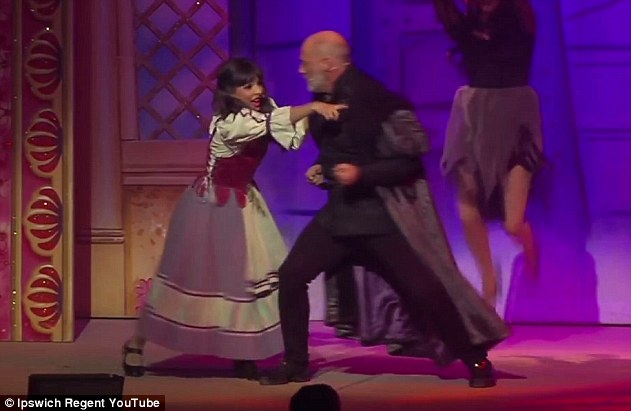 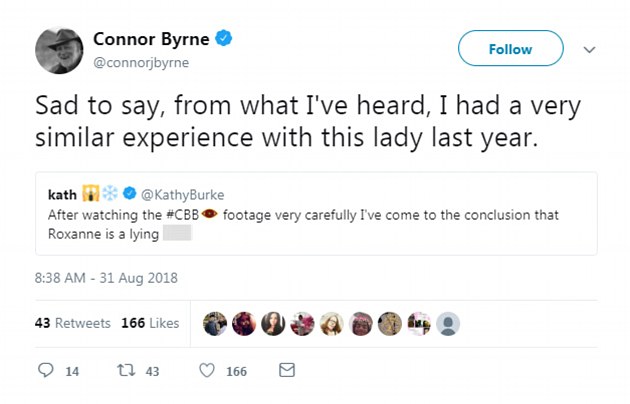 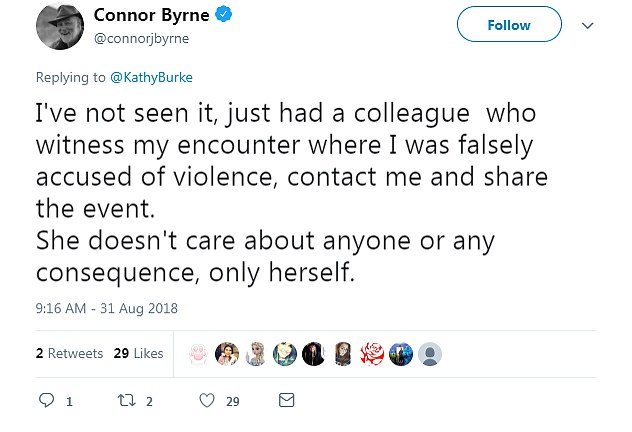 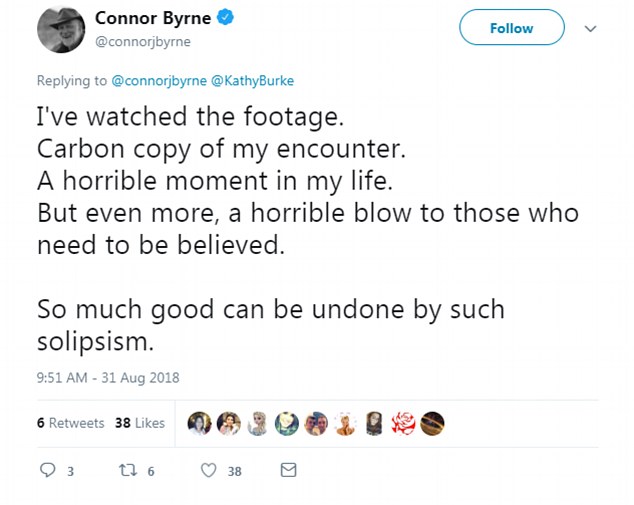 The Tracy Beaker star said the incident was a 'carbon copy' of the one that led Pallett to accuse fellow Celebrity Big Brother star Ryan Thomas of being a 'wife beater'
Writing on Twitter in since-deleted posts, he said: 'Sad to say, from what I've heard, I had a very similar experience with this lady last year.
'I've not seen it, just had a colleague who witness my encounter where I was falsely accused of violence, contact me and share the event.
'She doesn't care about anyone or any consequence, only herself.' 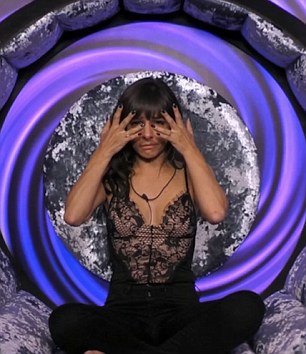 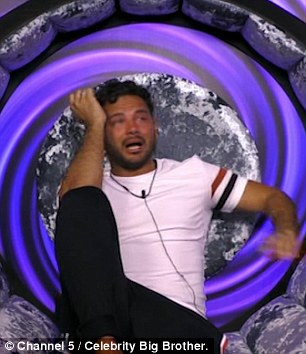 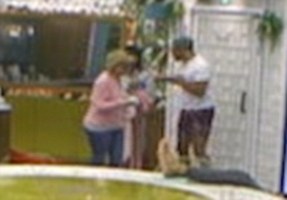 Punch row: Roxanne Pallett accused Ryan Thomas of assaulting her after he playfully jabbed her on Celebrity Big Brother
THE AFTERMATH: FRIDAY AUGUST 31 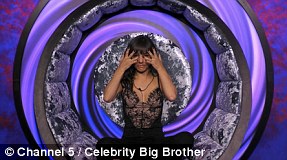 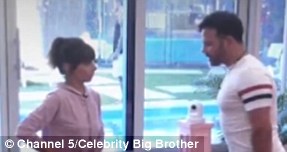 Backlash: A slew of celebs defended Ryan and called the actress 'manipulative'
THE REACTION: FRIDAY AUGUST 31 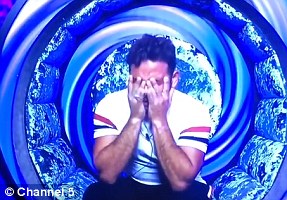 Emotional: Viewers watched Ryan Thomas break down in tears, worrying his career is 'ruined' after the accusations
THE SHOCK DEPARTURE: SATURDAY SEPTEMBER 1 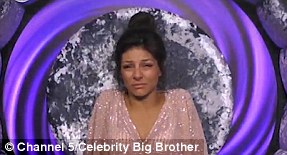 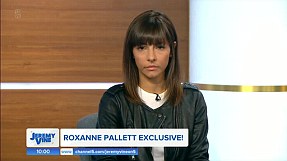 'My life is in tatters': CBB's Ryan breaks down over Ro…

Roxanne breaks down in tears after playful punch fro…

Roxanne explains herself after accusing Ryan of 'punching …

CBB's Roxanne: 'I am the most hated girl in Britain rig…