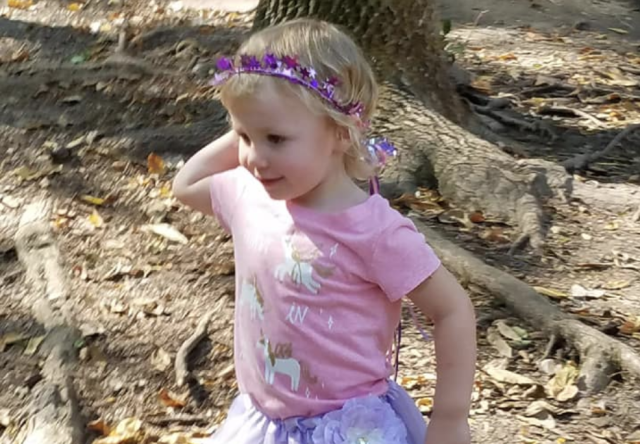 A mom is taking to social media to warn parents after her daughter died due to undiagnosed Type 1 Diabetes.
After a week away from her daughter for a week, Sierra Greenlee was looking forward being reunited with her two-year-old. When she arrived to pick up Arya at her babysitter’s, the toddler was passed out — but it wasn’t until she felt her chest that she knew something wasn’t right.
“When I got to the babysitter’s she had carried her to my car, my daughter was completely knocked out. She had a hard day. In an offhanded way I asked if she was breathing, joking. Until I put my hand on her little chest and I felt no movement. In that moment I completely freaked out,” she wrote in a now-viral Facebook post. I couldn’t finish a thought. I knew I needed to get her back inside and start CPR. I was so mad and terrified.”
“For the next hour while they [paramedics] tried desperately to bring me back my baby, I called my parents and her dad, I paced, I cried, I prayed,” she continued. “At times I felt like an outsider watching this awful event unfold. I had always had these nightmares but it was never supposed to happen, not to me.”When Greelee arrived at the hospital, a doctor told her that her daughter had passed away.
Her grief was devastating.
“That one little sentence devastated my entire being… in that moment I couldn’t feel anything. It was like my heart had stopped too. I was an empty shell. The shock was overwhelming,” she wrote.
After completing various tests, the healthcare team had discovered the two-year-old had undiagnosed Type 1 Diabetes. Greenlee couldn’t believe it — her daughter had her “wellness check up” just one week before.
Greenlee, who said that diabetes doesn’t run on either side of her family, was shocked that sugar levels had cause Arya to fall into a coma and eventually die.According to the Canadian Pediatric Society, one in every 300 school-aged children have Type 1 Diabetes. When it comes to treatment, 9-10 per cent of Canadians living with diabetes are dependent on insulin for managing their condition.
Excessive thirst, frequent urination and fatigue are all signs to watch for in both children and adults.
In her post, Greenlee said she later discovered that children aren’t tested for diabetes unless they have a family history.
“I beg you to ask your child’s doctor to test for it. I beg you to become aware of the signs and symptoms of childhood diabetes,” she wrote.
“I beg you to share this post and story with everyone because no parent should ever have to hear the words ‘I’m sorry but unfortunately she did not survive.'”
Posted by free heip at 22:05