My Delta flight got canceled before a busy holiday weekend, and I discovered the greatest argument for basic economy (AAL, DAL, UAL) 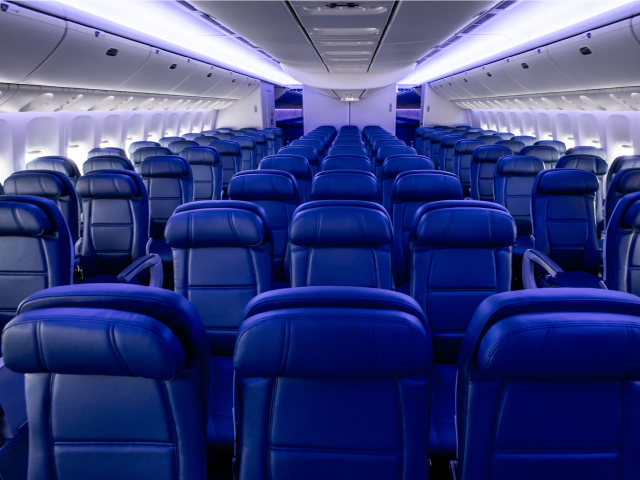 I usually avoid basic economy like the plague. The claustrophobic flyer in me doesn't like middle seats. Since traveling on a basic-economy ticket precludes you from preselecting seats, it's usually a no-go for me.
However, I decided to take the plunge and do basic economy on Delta Air Lines for a recent trip to Florida. These flights were operated on a 76-seat regional jet with four seats per row — meaning no middle seats!

There have been few developments in the airline industry as universally derided as basic economy on American Airlines, Delta, and United Airlines.
For America's three legacy airlines, the premise of basic economy is simple: offer a slightly de-contented product at a price point on par with ultra-low-cost carriers like Spirit or Frontier. It's a product designed to not only keep those carriers from infringing on their turf, but do the job without sacrificing the profitability of their traditional economy-class offering.
"If we don't match the lowest fare in a marketplace, we found that we'll lose around 20% of our customers over time," American Airlines CEO Doug Parker said at the Airlines for America summit on Wednesday. 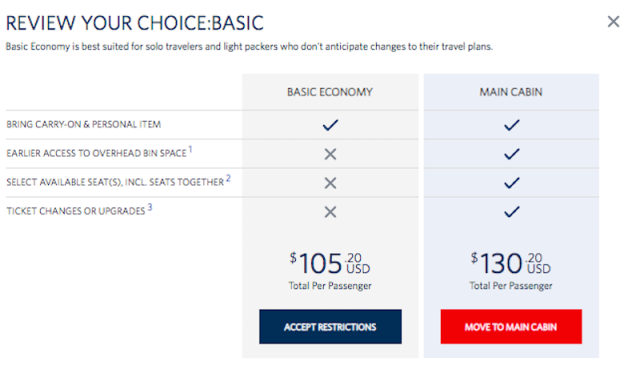 DeltaBasic economy is targeted at a specific band of value-conscious customers for whom price is king. In exchange for super-low prices, passengers give up the ability to board the aircraft early, preselect seats, have free carry-on bags, and enjoy free upgrades to premium cabins. On the upside, once onboard, basic-economy passengers enjoy the same services and amenities as everyone else in the economy cabin.
"It's not for everybody," United Airlines CEO Oscar Munoz told Business Insider of basic economy in an interview last year, adding, "It's the economics of matching and competing in markets where the low-cost carriers are offering this type of basic-economy service."
But many consumers didn't quite see it that way. For a lot of us travelers, basic economy felt like an insult — an example of greedy airlines squeezing every remaining drop of blood in their price-conscious customer base in the form of cramped middle seats and carry-on-bag restrictions.

Why basic economy works for me

To me, the business argument for basic economy makes perfect sense. But I have always been a bit skeptical about how the carriers would execute this fare class.
My basic-economy experience didn't go quite as planned.
It was 1 p.m. on the Friday before Labor Day weekend. Six hours before my flight out of John F. Kennedy International Airport was set to take off, I got the text every traveler dreads: Delta Air Lines had canceled my flight. But good news! They've rebooked me on a Saturday-evening flight. 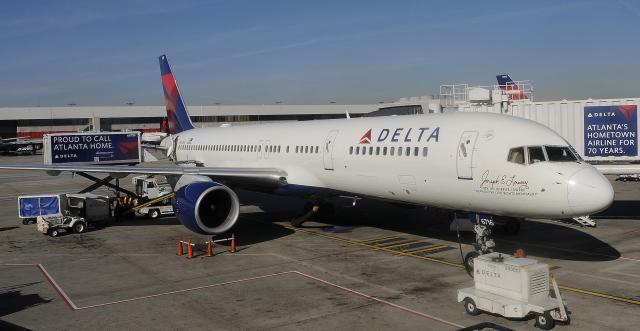 Reuters/Tami Chappell
This wasn't going to work for me. Not only was this supposed to be a mini holiday-weekend getaway for my girlfriend and me, we were also attending the wedding of one of her best friends. And that Saturday flight would mean we'd miss a solid chunk of wedding festivities.
After a few seconds of blind panic and a couple of concerned looks from my editor, I jumped on Twitter to reach out to Delta while hurriedly calling its customer-service line.
What happened next — along with the nightmarish experience my colleague recently had with an ultra-low-cost international carrier (more on that later) — would solidify my belief that basic economy isn't as bad as we imagined. 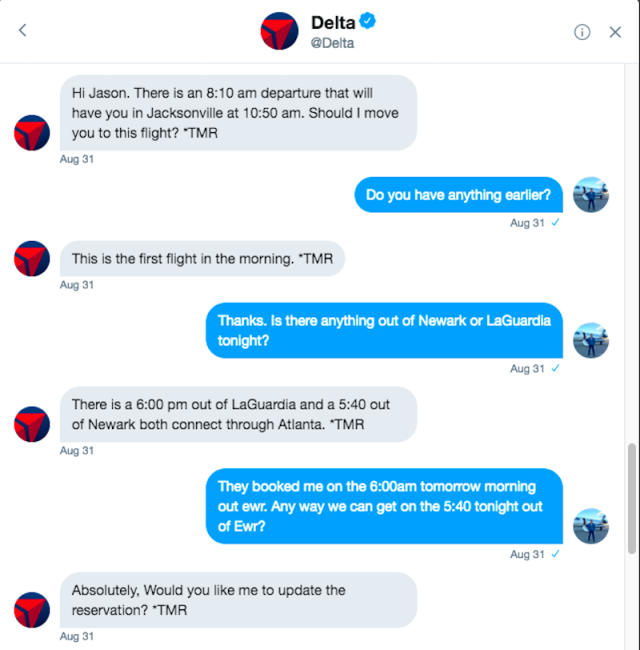 Twitter
I was able to reach Delta's customer support with surprising ease considering there were numerous flight cancellations with stormy weather looming on the eve of a holiday weekend. I spoke with an agent who quickly put me on the first flight out on Saturday morning.
Just as I got off the phone, Delta's social team got back to me as well. So I decided to see whether that person could find a flight for us on Friday night at one of New York's other airports.
Apart from calling me by the wrong name, Delta's social team was immensely helpful and absolutely nailed it.
Delta was actually able to put me on a flight out of Newark Liberty International Airport that departed around the same time as my previous flight, with a connection in Atlanta. When the Newark flight got delayed, our customer-service rep put us on a later connecting flight. 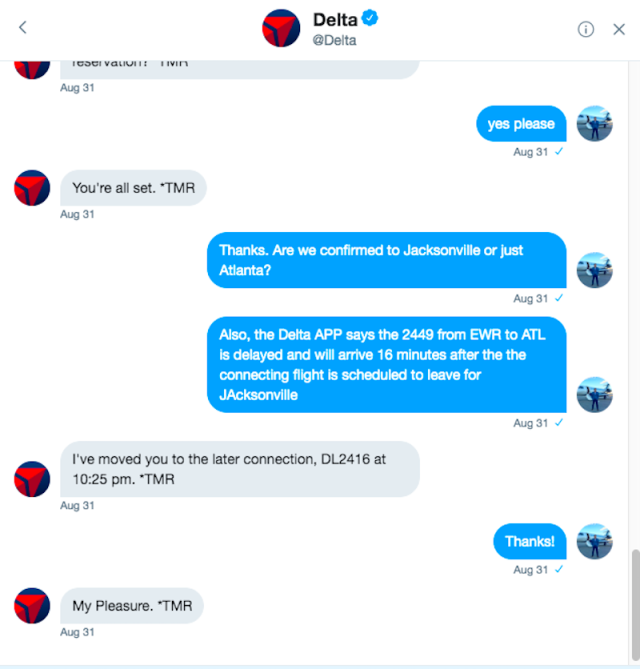 Twitter
The entire experience was calming and very pleasant — the antithesis of the general mental image of airline customer service.

My colleague had a low-cost-flight nightmare

In late July, my colleague Rachel Premack booked a flight from Paris to New York on Primera Air, a Latvian-Icelandic low-cost carrier.
Only, she didn't end up flying Primera. She painstakingly documented her ordeal in her review, published last month.
In short, Primera delayed her flight for four hours, before canceling it altogether in the middle of the night, citing "technical reasons." She described communication between the airline and its passengers as poor at best — some got email instructions; others didn't. And though Primera found hotel rooms for the stranded passengers, it couldn't rebook them on other flights, she said. Instead, Premack had to spend another $1,249 on a Norwegian Air flight.
It's been nearly two months since that incident, and she says Primera has yet to reimburse her for the ticket. 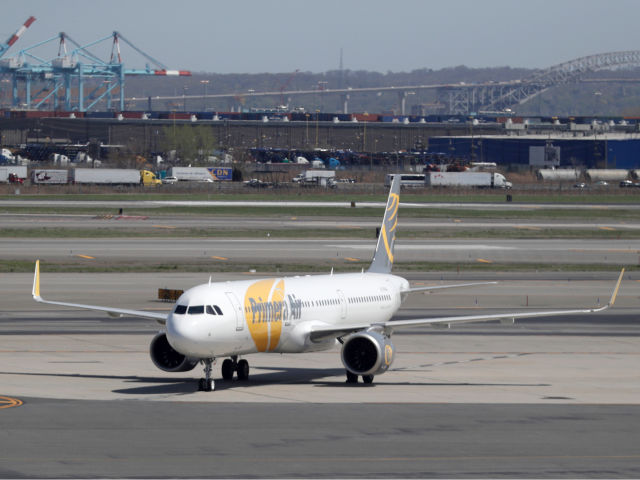 That certainly isn't representative of all low-cost carriers. Southwest Airlines, for example, has built a sterling reputation over the years. But these two events serve to highlight the gaps in customer service between ultra-low-cost carriers and full-service legacy carriers.
"One of the biggest services that people don't understand is that if you buy a ticket on [ultra-low-cost carriers like] Spirit and it ain't working, or if the plane doesn't go for some reason, you are done; you've got to buy another ticket," Munoz said last year. "You don't get reaccommodated. You get very accommodated when you fly with a legacy airline."
The United CEO's words proved prophetic in this case.
Part of the cost of a legacy carrier is the infrastructure in place to handle operations when things go wrong — but with basic economy, you get that service at ultra-low prices.
Posted by free heip at 09:36