James Bulger was murdered by boys Robert Thompson and Jon Venables in 1993
They abducted him, beat him up and left his battered body on some train tracks
Both were jailed over the killing and then released with new identities in 2001
A relative of Thompson was rowing with him on social media, it is claimed
They then shared a sick photo of a boy lying on train tracks to mock Thompson

A relative of James Bulger's killer has sparked outrage by sharing a sick photo mocking the boy's murder.
James, two, was abducted, tortured, and murdered by ten-year-olds Robert Thompson and Jon Venables in 1993 in Bootle, Merseyside.
A relative of Thompson, who, like Venebles, was released from jail with a new identity in 2001, shared a photo of a boy lying on train tracks on Facebook.
The post was designed to mock Thompson during a family row because the killer had left James' battered body on a train line. 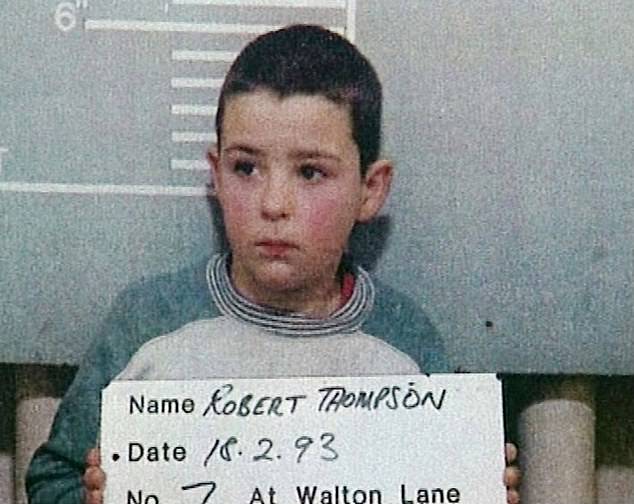 James, two, was abducted, tortured, and murdered by ten-year-olds Robert Thompson (pictured) and Jon Venables in 1993 in Bootle, Merseyside 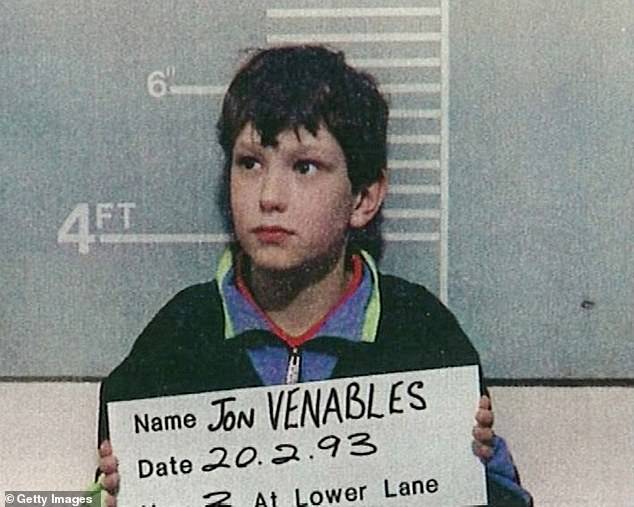 A relative of Thompson, who, like Venebles (pictured), was released from jail with a new identity in 2001, shared a photo of a boy lying on a train tracks on Facebook
The image was taken down after two days but enraged James' father Ralph.
According to The Sun on Sunday, he told friends: 'Posting a photo of a child on a train track is utterly sick. It's cruel and nasty and pokes fun at how my son died.
'How am I supposed to feel at James being the butt of a social media prank? How dare this family treat my son and his murder with such contempt?'
It comes after Ralph and his brother Jimmy Bulger announced plans to challenge a High Court order giving killer Jon Venebles lifelong anonymity. Solicitor Robin Makin, for the Bulgers, said that the injunction was granted in 2002 on the basis that Venables was rehabilitated and would not re-offend.
But he has since been convicted twice and sent back to jail over indecent images of children, most recently in February.
Charged after police found more than 1,000 indecent images on his computer, he was jailed for three years and four months after admitting surfing the dark web for extreme child abuse images and possessing a 'sickening' paedophile manual.
The Bulgers' bid for Venebles' new identity to be revealed will be heard in December. 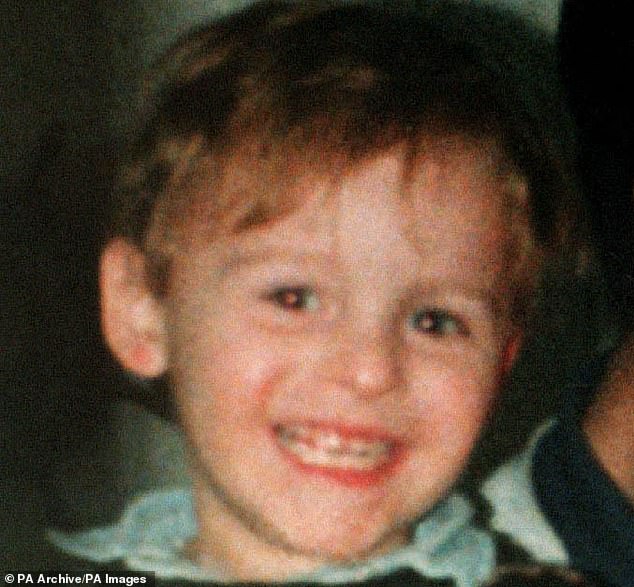 Two-year-old James Bulger (pictured) was snatched during a shopping trip to the Strand shopping centre, in Bootle, Merseyside
Posted by free heip at 11:11