The Leland Stanford Junior University Marching Band has a history of trollingPresident Donald Trump.
So it was more than likely that the donning of a “Space Force” suit by one of its musicians to the Stanford Cardinal home-opening NCAA season game against the San Diego State Aztecs on Friday was intended to be ironic:
But Trump’s 2020 campaign manager, Brad Parscale, appeared to not interpret it in that way. He declared on Twitter, “Love it!” 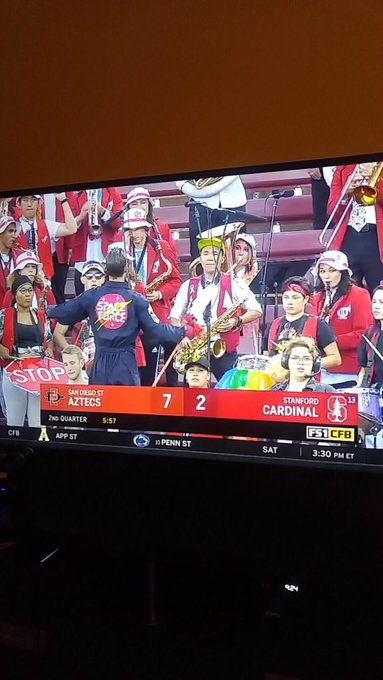 Twitter Ads info and privacy
Now, it’s unclear if Parscale did understand the likely trolling nature of the costume and was genuinely declaring his love for it ― or if he just believed that the band member was endorsing Trump’s much-ridiculed proposed interplanetary branch of the military.
The Stanford band did not immediately respond to HuffPost’s request for clarification as to why the suit was worn, either. But many tweeters still mocked Parscale over his post:

Molly Knight
✔@molly_knight
The Stanford band hates Trump and is making fun of this dumb idea, my dude.

Brad. Brad. Brad. The Stanford band hates your boss. That is NOT a compliment. Damn yer Dumb. Have fun in prison.

Should we do the right thing & tell him this is probably not a compliment? NAW.

When you definitely understand the Stanford Band 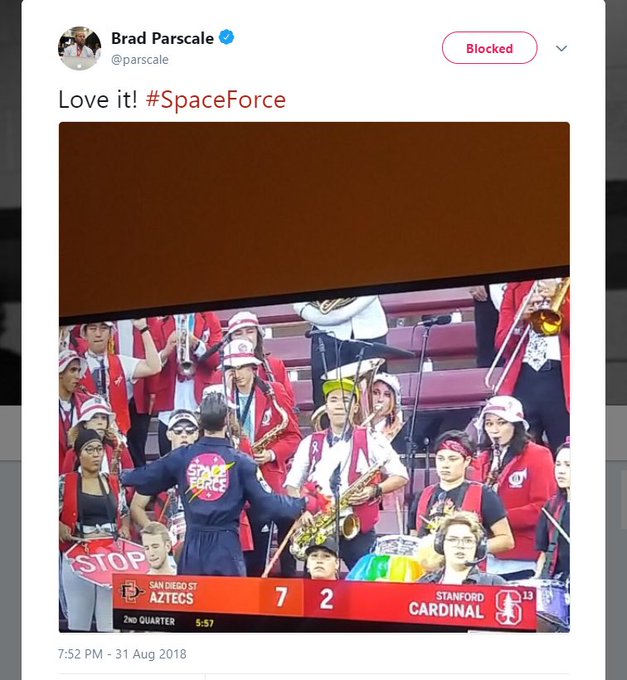 This is just too hilarious. Trump's campaign manager loves it when the Stanford band mocks him.

Irony is lost on these chuds. Apparently 'ol Brad doesn't know a lot about the Stanford band.

The Stanford drum major has a “Space Force” jump suit.

I love the Stanford Band soo much.

Replying to @parscale
The Stanford band hates Trump and is making fun of this dumb idea, my dude.

JH@JBHinOC
Irony is usually lost on the MAGA crowd.

Twitter Ads info and privacy
The band ― well known for its on-field antics which have seen it sanctioned on multiple occasions ― in December zinged the Trump White House with its pre-game Alamo Bowl performance:
And in July 2016, it issued a spoof “cease and desist” letter demanding Trump stop using its fight song “All Right Now” by ’70s rock band Free at his political rallies: 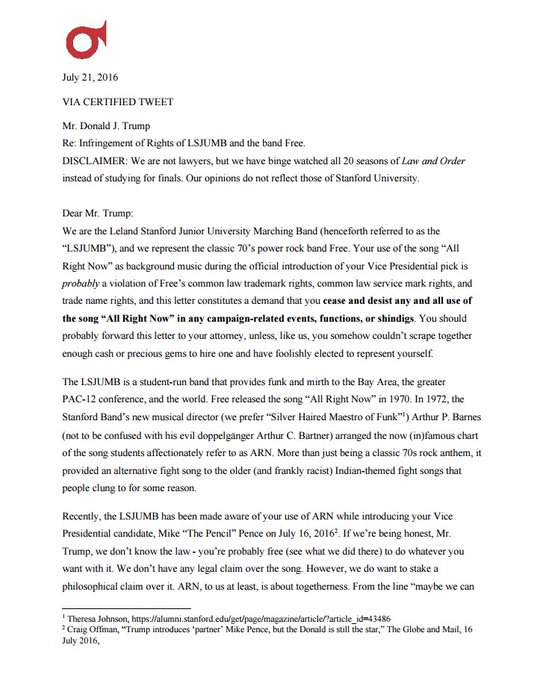 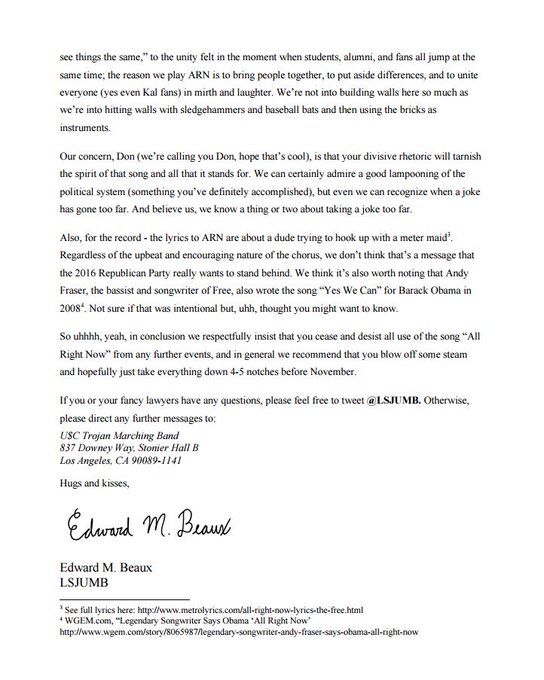 We recently found out that @realDonaldTrump used "All Right Now" at an event. So here's our cease and desist letter:

Twitter Ads info and privacy
“Our concern, Don (we’re calling you Don, hope that’s cool), is that your divisive rhetoric will tarnish the spirit of that song and all that it stands for,” the band wrote to the then-presidential candidate in the open letter.
“We can certainly admire a good lampooning of the political system (something you’ve definitely accomplished), but even we can recognize when a joke has gone too far,” it added. “And believe us, we know a thing or two about taking a joke too far.”
Posted by free heip at 01:51