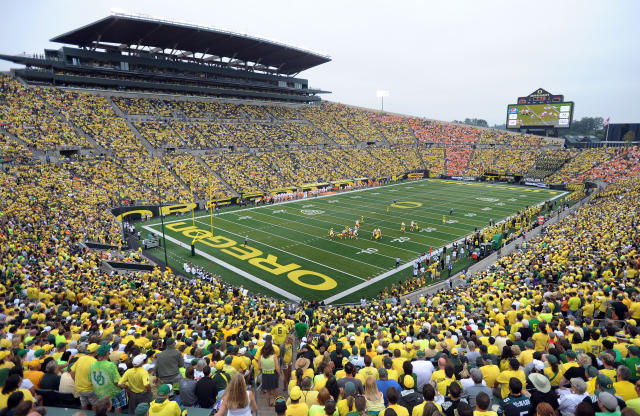 Yes, Cross Patton is the son of Big Boi, the legendary rapper from OutKast. But Patton isn’t just Big Boi’s son. He’s now an Oregon Duck.
Patton, a running back out of Atlanta’s Woodward Academy, verbally committed to the Oregon Ducks as a walk-on. He visited Oregon for its “Saturday Night Live” event over the summer and during a game against Stanford.
Like any proud father, Big Boi posted the huge announcement on Instagram.
Big Boi also shared his excitement on Twitter.
Patton — a 5-foot-7, 185-pound back — received scholarships from many schools like Columbia, Butler, and Virginia State. Even though Patton doesn’t have much size, he can still wreak havoc on the field. He’s a shifty runner who can bounce runs to the outside, and he can also line up as a receiver and catch passes out the backfield. If you’re not convinced, take a look at his highlights.
Patton, like his father, is no joke. They are both great at what they do. There’s so much talent in that family.
Posted by free heip at 12:36