'It was not the smartest thing to do': Florida college student wears live ammunition as part of Terminator costume 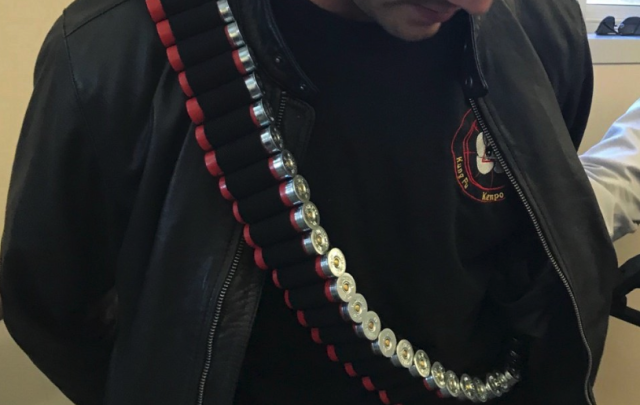 The purpose of a Halloween costume may be to frighten, but one 20-year-old Florida college student took that idea a little too far when he showed up to campus wearing real ammunition.
The University of Central Florida police responded to a report of a suspicious person, and additional law enforcement joined them on campus, according to the Orlando Sentinel.
The unidentified student claims that the bandolier was part of his Terminator costume. The University of Central Florida police shared a photo of the bandolier on the man on Twitter, writing, “Do NOT incorporate simulated or ACTUAL ammunition/weapons into your costumes. It scares others & puts safety at risk. If you see suspicious activity, call 911 immediately.”
The student’s actions were not illegal, but he was detained, interviewed, and deemed to not be a threat.
According to university policy, weapons are defined as “a thing designed or intended or which may reasonably be used for inflicting bodily harm.” It goes on to list what is considered a “weapon,” including firearms, swords, knives, etc. However, since the student only had ammunition on campus, he did not break any rule or law.
“While it’s not illegal to have ammunition on campus, it certainly is in poor taste, given the events of the last week,” UCF police chief Carl Metzger told the Orlando Sentinel. “There was no ill intent of this student’s part, however certainly it was not the smartest thing to do.”
However, according to one report, there was a gun found in the student’s car. UCF police responded to the report on Twitter: “After interviewing the person, we determined he was not a threat and was in compliance with university policy.”Florida prohibits the carrying of firearms on college campuses, even by those who hold a concealed carry weapons permit; however, there is an exception. In 2014, Florida’s First District Court of Appeals declared that universities couldn’t prevent students who had concealed carry permits from keeping their firearms in their car.
Posted by free heip at 08:26