You could never pull one over on Mr. Feeny, and a would-be burglar learned that the hard way. 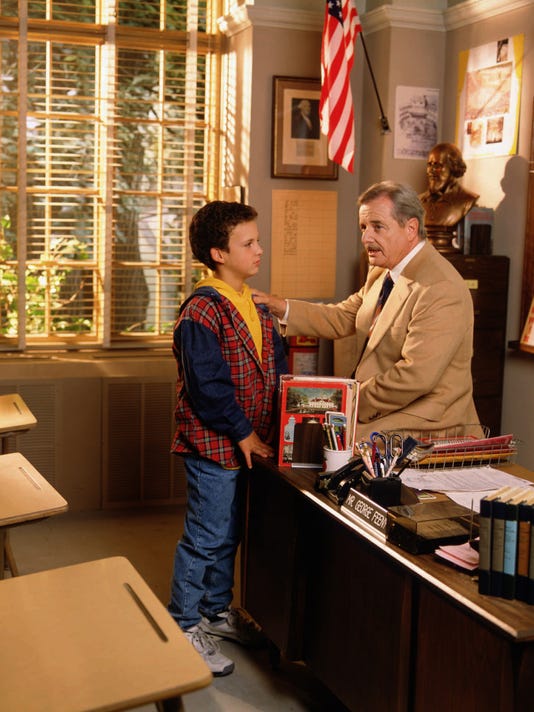 William Daniels, known for his role on "Boy Meets World" as well as his voice acting as K.I.T.T. in "Knight Rider," scared off someone who attempted to break into his home on Saturday.
The 91-year-old actor was home with his 89-year-old wife Bonnie Bartlett when a person forced open a back door, according to Fox News and ABC's WJLA. Daniels acted quickly, turning on the lights in the house, which reportedly scared off the intruder.
"Luckily, Mr. Daniels was able to frighten away the person and the LAPD quickly responded," Daniels' representative confirmed in a statement. "They are both well. Mr Daniels thanks all his fans for their concern."
The Los Angeles Police Department said that "around 9:30 p.m., officers responded to an 'attempt burglary' radio call" and took a report of what happened, though they could not confirm that Daniels was the victim.
Daniels joked on "Good Morning America" about the incident.
“I struggled with an intruder, took him to the ground, I beat him up and he ran away with bruises all over him,” Daniels quipped. “Would you like to print that? You better not. It’s a total lie.”
Daniels' onscreen student Will Friedle, who played Eric Matthews, recognized his former co-star's bravery on Twitter. Friedle tweeted: "Don’t ever mess with Mr. Feeny!"
Daniels played the caring school teacher Mr. Feeny throughout the show's run from 1993 to 2000. Earlier in his career, he worked as Dr. Mark Craig on "St. Elsewhere." Most recently, he appeared in "Grey's Anatomy" in 2012, and he reprised his role as Feeny for five episodes of the short-lived spinoff "Girl Meets World," which was canceled in 2017.
Posted by free heip at 07:56