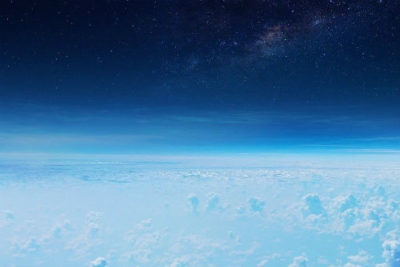 Despite being banned in 2010, about 40,000 tons of carbon tetrachloride, an ozone-depleting compound, are still emitted into the atmosphere every year. But the origins of the illegal emissions have long baffled scientists. Now, an international team of researchers has tracked down the source of nearly half of the emissions to eastern China, according to a recent study published in the journal Geophysical Research Letters.
Scientists at the University of Bristol in the UK — working alongside collaborators in South Korea, Switzerland, Australia, and the United States — plugged ground-based and airborne emissions data from near the Korean peninsula into two models that simulate the movement of gases through the atmosphere.
They found ongoing emissions of carbon tetrachloride from industrialized areas in eastern China that account for half the global total from 2009 to 2016. They also found evidence of a possible new source of emissions in China’s Shandong province after 2012.
The scientists stressed that they do not know whether carbon tetrachloride is being produced intentionally or as an industrial byproduct, such as during the production of chemicals like chlorine. Before being banned, carbon tetrachloride was used in the dry-cleaning industry, in fire extinguishers, and as a refrigerant. The researchers said that follow-up studies are needed to determine what industries or industrial processes are producing the banned compound.
“There is a temptation to see ozone depletion as a problem that has been solved,” Mark Lunt, an atmospheric scientist at the University of Bristol and lead author of the new study, said in a statement. “But the monitoring of man-made ozone-depleting gases in the atmosphere is essential to ensure the continued success of the phase-out of these compounds.”
Posted by free heip at 07:40