Tigress Avni, believed to be responsible for deaths of 13 people, shot dead in Maharashtra

Mumbai, Nov 3: Avni, a deadly tigress believed to be responsible for the deaths of 13 people over the last two years, has been killed in Maharashtra's Yavatmal last night, news agency ANI reported. 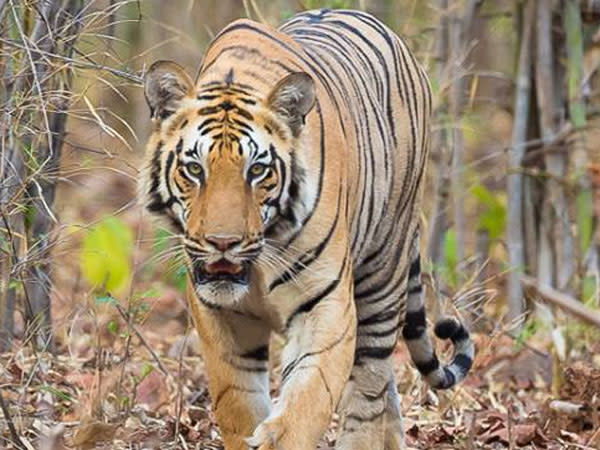 T1 was shot by Hyderabad-based sharp shooter Nawab Shafath Ali Khan's son Asgarh around 11 pm. Avni is survived by her two cubs who are 10 months old.
In September, the Supreme Court said she could be shot on sight, prompting a flurry of online petitions.
More than 9,000 people had signed a petition on Change.org calling for the tigress to be captured alive rather than killed.
Since June 2018, Maharashtra has witnessed multiple cases of a man-eating tigress on loose and it was concluded that tigress T1 was behind the killings. The authorities decided to hunt the tigress to ensure the coexistence of tigers and humans.
The hunt for the tigress was on, with the help of trap cameras, drones, a pack of trained sniffer dogs and a hang-glider along with a team of Forest Department officials in the vicinity of the Tippeshwar Tiger Sanctuary.
The authorities called Nawab Shafath Ali Khan, the go-to man for hunting wild animals in national parks. However, the decision was met with fierce resistance by wildlife conservation activists, citing that Ali Khan is known for killing animals and the tigress shouldn't be killed for acting upon its natural instincts.
Avni was first spotted in the forests of Yavatmal in 2012. DNA evidence links her to 5 of the 13 bodies found in the thickets she inhabits. Biologists and the Forest Department officials who have surveyed the area over the past few years say that there is only one other tiger there, a male tiger. His DNA was found on one of the bodies.
Posted by free heip at 21:47