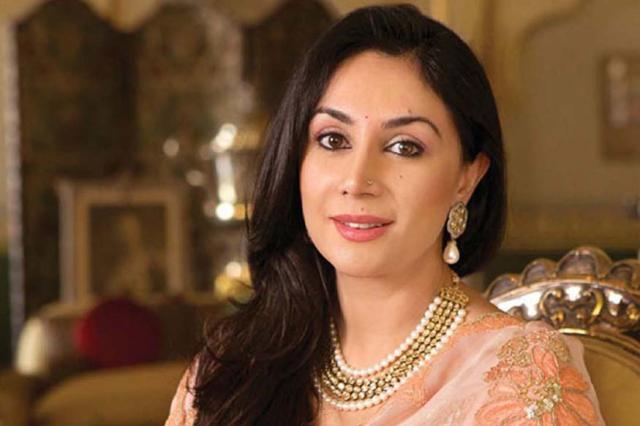 New Delhi: Jaipur 'princess' and BJP legislator Diya Kumari has filed for divorce from Narendra Singh, 21 years after their marriage.
The divorce application was filed at Gandhi Nagar's family court under Section 13B of the Hindu Marriage Act. According to reports, the couple had been living separately for a few months, following which both of them decided to approach the court for a mutual separation.
"We jointly state that it is an extremely personal matter for us and hence we do not wish to comment further except, that we have jointly and mutually decided to part amicably," Diya Kumari and Narendra Singh said in a joint statement on Sunday.
Singh, who belongs to a modest family, had married the Sawai Madhopur MLA in August 1997 after dating her for nine years. Their marriage had made other erstwhile royals and the Rajput community unhappy and furious because the two belonged to the same 'gotra'.
Kumari had earlier decided not to contest Rajasthan elections this year citing "personal reasons" and was replaced by a new face, Asha Meena. According to sources, BJP is now considering the member of the royal family for Lok Sabha elections in 2019.
She entered politics in 2013 and won her maiden assembly election as BJP candidate in 2013 from Sawai Madhopur seat.
The couple has two sons and a daughter.
Posted by free heip at 07:04