The Etna Volcano erupts from the south-east crater, spewing lava and ash on December 22, 2018 in Catania, Italy. Source: (Photo by Fabrizio Villa/Getty Images)
In recent days, Mount Etna, Europe’s most active volcano, has roared back to life and is spewing lava across the island of Sicily. To the people of Sicily, however, the current eruption is just one of a long line of volcanic activity that stretches back into antiquity. Myths, legends, and folklore have surrounded Mount Etna and the volcano has even played a decisive role in history.

Hephaestus, the god of fire and metalworking. Source: (corwyn.wikidot.com) 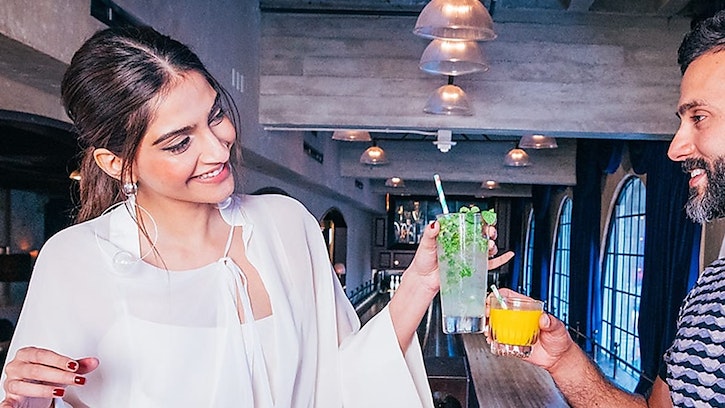 The rumblings of Mount Etna were familiar to the ancient Greeks. According to Greek stories, the workshop of Hephaestus. The god of fire and metalworking, Hephaestus was the son of Zeus and Hera and was married to the goddess of love, Aphrodite. Hephaestus ruled over metalworking, blacksmithing, and weapon making. The legends about Hephaestus state that his fiery workshop was located beneath Mount Etna. When the volcano spewed fire, smoke, and lava, and the ground shook with rumbling earthquakes, it was because Hephaestus was in his workshop crafting new weapons for the gods on Mount Olympus.

One of the ancient names for Mount Etna was Mongibel. In Arthurian legends, Mongibel was the otherworldly home of the fairy Morgan le Fay and her half-brother, King Arthur. This connection between Sicily and Great Britain began during the Norman Conquest of England. Britons returned with the invaders to Italy and witnessed the wrath of Mount Etna. A mirage, or optical illusion, that often appears over the Strait of Messina is called Fata Morgana because it seems to show a shimmering castle.

Saved by the eruption. Source: (reddit.com)


Mount Etna as a War Ally

At least one time, Mount Etna helped to protect Sicily from an invading army with a well-timed eruption. In 396 BC, during the Second Sicilian War, one of a series of conflicts fought between Ancient Carthage and the Greek city-states for control of Sicily, the Carthaginians were close to capturing the city of Syracuse, the capital of Sicily. A powerful eruption by Mount Etna sent the Carthaginian warriors fleeing from the island.

Etna has a long history of eruptions. Source: (commons.wikimedia.org)

One of Mount Etna’s larger eruptions occurred in 122 BC. The volcano rained down dense volcanic ash on several nearby villages, including the larger town of Catania. The deposits of ash were so heavy, in fact, that many buildings collapsed under the weight of it. So many structures needed to be rebuilt that the Roman government had to step in to help. They exempted the people of Catania from paying taxes for ten years so they could concentrate on rebuilding efforts.

The frequent volcanic eruptions gave the region around Mount Etna rich soil that was ideal for agriculture. This is why people chose to live there, so close to an active volcano. Perhaps the biggest eruption of Mount Etna in modern times was in 1669. This eruption – actually several eruptions over the course of a few weeks – killed more than 20,000 people. The mountain gave plenty of warning that an eruption was imminent but many of the people living near Mount Etna chose to stay instead of flea so that they could save their cities.

Diverting the lava flows is now against the law in Sicily. Source: (italysvolcanoes.com)


Don’t Mess with the Lava Flows

During the 1669 Mount Etna’s eruptions, a flow of lava slowly descended the mountain toward the town of Catania. The brave residents, in an attempt to save their city, wrapped themselves in animal hides that had been soaked in water and took up shovels and pickaxes. They thought that if they could dig a trench, they could divert the lava flow away from Catania and avoid disaster. It worked. They were able to redirect the flow of lava but there was one problem. Now the lava threatened to engulf the neighboring village of Paterno. A battle broke out between the citizens of Catania and the citizens of Paterno. They were literally battling over top the hot lava. In the end, Catania was in ruins, along with more than a dozen other villages and towns. Survivors blamed the people of Paterno. The Italian government passed a law prohibiting the interference of lava flows in the future.

The volcanic activity currently taking place at Mount Etna is not threatening lives at this point. It is, however, sending fountains of lava into the air from two fissures. Ash from the eruption is also diverting airplanes from the area and earthquakes have damaged some structures. For now, scientists are closely watching the fire-breathing monster and monitoring its behavior so the government can order evacuations if necessary.
Posted by free heip at 09:16