After Millennia Of Searching, Archaeologists Believe They Have Located Alexander The Great’s Tomb 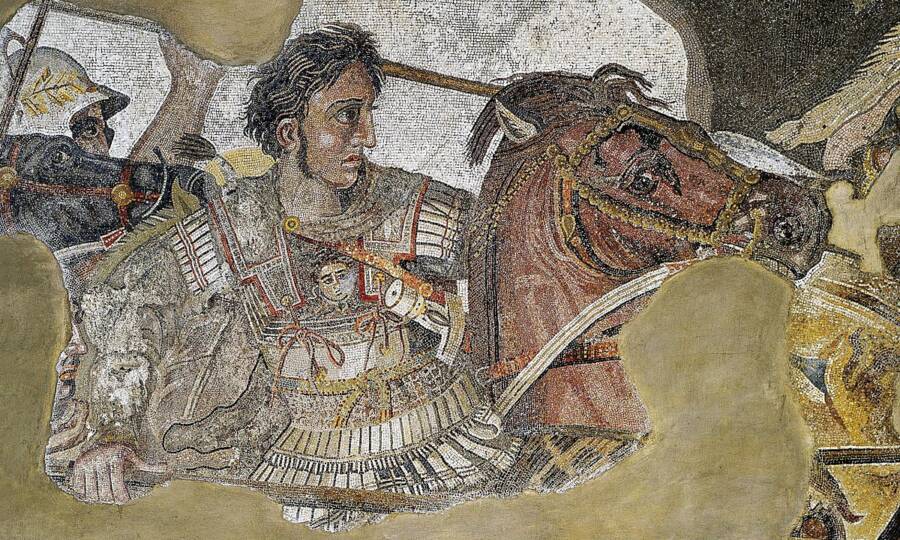 Archaeologist Liana Souvaltzi has been confident Alexander the Great’s tomb is in the Siwa Oasis in Egypt since the mid-1980s.

The location of Alexander the Great’s tomb has been one of the biggest mysteries of the archaeological world. For decades, researchers have scratched their heads and gotten their hopes up at promising clues, only to be severely disappointed — time and time again.
Two contemporary experts, however, might have finally solved that age-old riddle. Author of The Lost Tomb of Alexander the Great Dr. Andrew Michael Chugg and archaeologist Liana Souvaltzi each believe they have come closer than ever before — but not without some extreme hurdles impeding their way.
Their quest has involved Greek and Egyptian governments blocking their investigations, taken the two researchers separately from the border of Libya to Venice, Italy, and potentially, to historic heights in the archaeological community.


Where was the ancient king buried, how did he die, and what have Chugg and Souvaltzi respectively uncovered that makes them so sure? As always, the answers lie in age-old stone.

The Death Of Alexander The Great

While most would imagine the death of an ancient king as renowned as Alexander the Great to have been solemn event, the truth is a little more macabre. In 2019, Dr. Katherine Hall of New Zealand’s University of Otago presented the latest, grisly theory on the matter.
Hall suggested that Alexander, who died in Babylon in 323 B.C., suffered from Guillain-Barré Syndrome (GBS). This auto-immune disorder caused the conquerer to exhibit symptoms such as abdominal pain and progressive paralysis that eventually left him unable to move. Despite these symptoms, he remained entirely mentally fit.
For years, experts wondered why the ruler’s body didn’t decompose after he had been dead for days. Hall posits that GBS merely made him appear to be deceased when he was really alive and unable to tell anyone before being entombed.

The Death of Alexander, Karl von Piloty (1886).
“I have worked for five years in critical care medicine and have seen probably about 10 cases [of GBS],” said Hall. “The combination of ascending paralysis with normal mental ability is very rare and I have only seen it with GBS.”
While other historians believe Alexander died of typhoid, malaria, alcohol poisoning, or was assassinated, Hall believes that his strange illness was induced by an infection of Campylobacter pylori — a common bacterium of Alexander’s era.
So, the ancient king’s passing may be the most famous case of pseudothanatos, or “false diagnosis of death…ever recorded” — which brings us to his burial.

Where Was Alexander The Great Buried?

There are far more questions regarding Alexander’s burial than there are clear-cut answers. According to National Geographic, modern historians largely agree that the ancient king was buried in Alexandria, Egypt.
When he died at the age of 32, his advisers initially buried him in Memphis, Egypt before deciding on Alexandria. His tomb became a place of worship, though a period of earthquakes and rising sea levels increasingly threatened the city. It survived, however, and was built over for centuries.
In 2019, Calliope Limneos-Papakosta, director of the Hellenic Research Institute of the Alexandrian Civilization, managed to dig beneath modern-day Alexandria and made tremendous headway in finding the ruler’s tomb.
“This is the first time the original foundations of Alexandria have been found,” said archaeologist Fredrik Hiebert. “It gave me goosebumps to see it.”
Though a promising leap forward, Alexander’s tomb had yet to be found. According to Ancient Origins, his body vanished when Roman emperor Theodosius banned pagan worship in 392 A.D. Two competing theories by Chugg and Souvaltzi, however, may have come closer than ever before.

The Quest For The Tomb Of Alexander The Great

According to Express, Souvaltzi believed Alexander’s wish to be buried in the temple of Egyptian god Amun Ran was granted — leading her to apply for permission to excavate the Oasis of Siwa in 1984. Egyptian authorities granted her as much in 1989.
What they found were lion statues, an entranceway, and a 5,651-square-foot Hellenistic royal tomb. Souvaltzi believed the carvings and inscriptions, which referred to the transportation of a body, were written by Alexander’s famous companion Ptolemy.
At the time, Souvaltzi said, “”I have no reservations about whether this is Alexander’s tomb…I want every [fellow Greek] to feel proud, because Greek hands have found this very important monument.”
Though it was announced in 1995 that the ancient king’s tomb had finally been found, the Greek government called upon Egypt’s government to cease excavations — as tensions between the two ran high. Souvaltzi continues to fight to resume her dig, as Chugg’s latest findings have become promising. 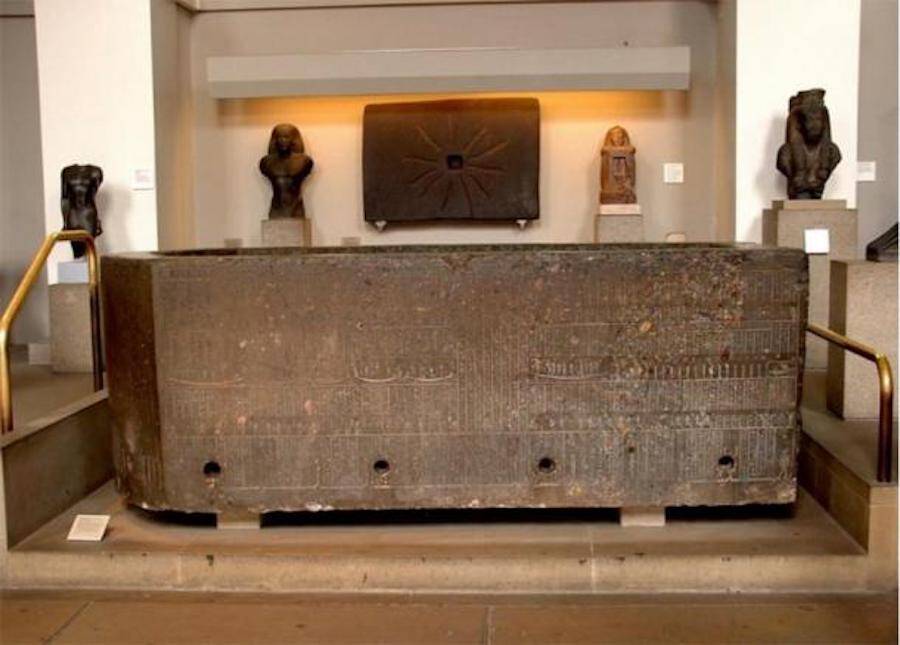 Chugg has a different theory when it comes to the tomb of Alexander the Great. He explained in his book that Alexander’s original tomb-turned-temple near Memphis in Egypt at the Serapeum complex was built by pharaoh Nectanbo II. Guarded by sculptures of Greek poets and philosophers, it was the obvious choice for containing Alexander’s tomb.
Now, 16 years after publication of his book, new evidence seems to support that wager. A piece of masonry found in the foundations of St. Mark’s in Venice, Italy, entirely matches the dimensions of Nectanbo II’s sarcophagus in the British Museum — which might confirm the location of Alexander’s tomb.
Since his body disappeared in 392 A.D., and the tomb of Saint Mark appeared at the same time, dots are now being connected. Chugg posits Alexander’s body was stolen from Alexandria by Venetian merchants who mistook it for Saint Mark’s. 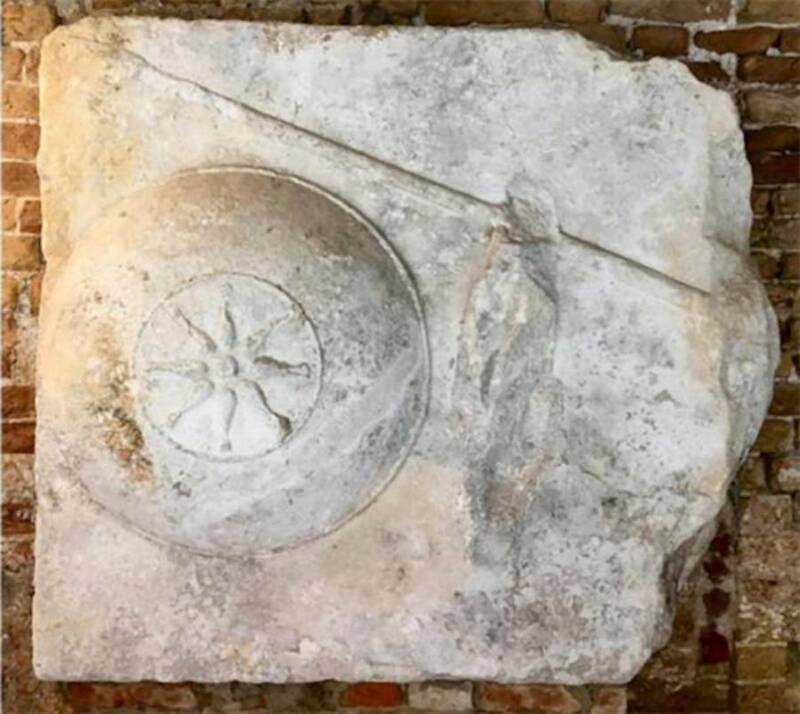 They then smuggled it to Venice and have venerated it as Saint Mark’s in the Basilica Cathedral Patriarcale di San Marco ever since.
For Chugg, who said the fragment found in Venice is “exactly the right height and length” to have formed the outer casing of the sarcophagus in Britain, this means the remains entombed in Venice are those of Alexander the Great’s.
Even the British Museum is now convinced, as it has changed part of its “Curator’s Comments” sections to reflect this new evidence:
“This object was incorrectly believed to be associated with Alexander the Great when it entered the collection in 1803” now reads the same way — but is missing the significant word “incorrectly”.
Posted by free heip at 09:06