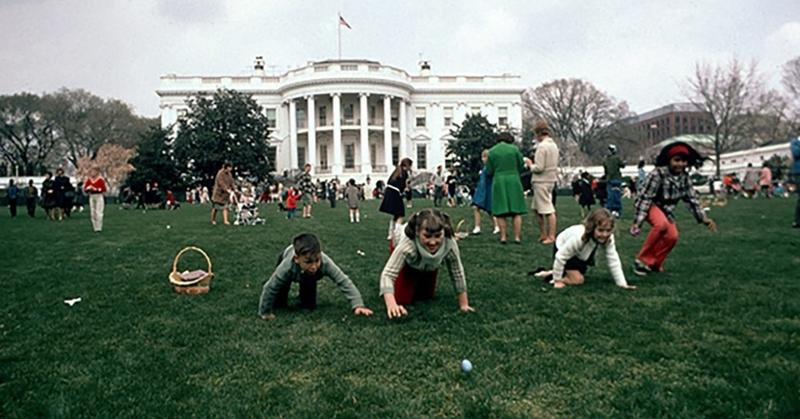 (The White House)
Easter is an important holiday to many Americans, but there's a special tradition in Washington, D.C. that's been occurring on and off for more than 100 years: the White House Easter Egg Roll. This candy-colored event got its start during the presidency of James Madison, but according to some reports, informal egg rolling happened as early as the Lincoln administration. The event, hosted by the First Couple, is held on the South Lawn every Easter Monday. Children under the age of 13 and their parents are invited, although getting into this event is probably harder than just walking up to the White House gate.

On Your Mark, Get Set, Roll

You may know about Easter egg hunts, but an egg roll is an entirely different beast. This spring activity is a race in which eggs are rolled through the grass toward a finish line by children wielding long-handled spoons. It sounds simple, but eggs aren't the easiest things to move from point A to point B. Their oblong shape can throw the roller off course, and there's always the chance that they could break.
Still, egg rolling has been a popular pastime among children in Washington, D.C. for generations. While it's rumored that Dolley Madison, wife of president James Madison, was the first to invite children to the White House lawn for a day of fun and games, the first official Egg Roll was in 1878, when President Hayes allowed a group of children to play "egg rolling games" on the lawn on Easter Monday. His act of kindness became an annual tradition. 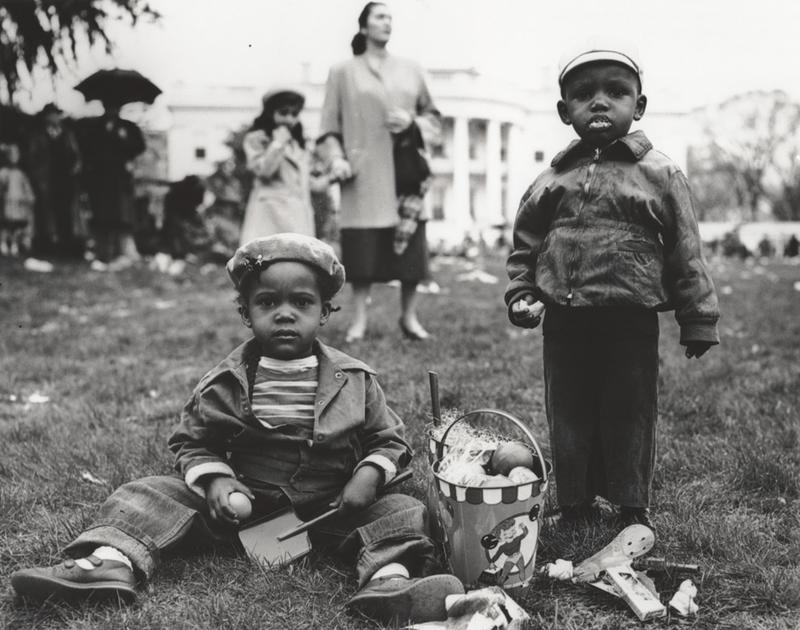 
Harrison Really Got The Egg Rolling

The egg roll was a quiet little event for almost a decade, but when President Benjamin Harrison came into office, he juiced things up for the 1889 celebration. He invited the United States Marine Band, led by John Philip Sousa, to play during the Monday romp, and the band's performance was such a hit that they continue to be a presence at the event to this day. For his part, Sousa enjoyed soundtracking the Easter party so much that he wrote a march in 1929 about his experience called "Easter Monday on the White House Lawn." The addition of the band turned the Egg Roll into such a popular way to spend Easter Monday that guests had to be limited and the Secret Service had to stop a "racket" of underhanded youths from sneaking adults into the festivities for a fee. 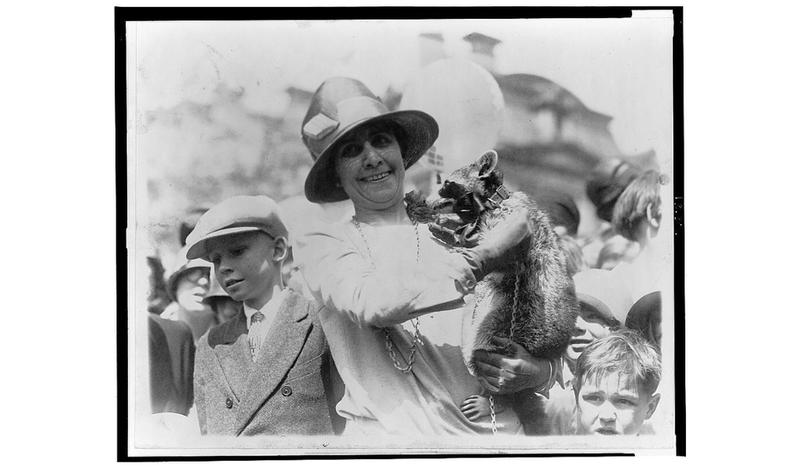 
Behind Every Great Man

While presidents always seem to get the glory for the White House Easter Egg Rolls, it's their wives who put in the hard work. The planning of this special event falls upon the First Lady, who changes the day to suit her specific tastes. When President Hoover was in office, his wife incorporated folk dancing into the event, and the official egg roll races came from First Lady Pat Nixon.
Every year, a commemorative wooden egg is given to children who attend the festivities. According to Stewart D. McLaurin, President of the White House Historical Association, the eggs are created well in advance of the festivities, which is why there are eggs to commemorate the 2020 Egg Roll that never was.

We actually have available the wooden eggs that every president and first lady give to the children who were at the egg roll on the South Lawn. They have an image selected by the first lady, which is the north portico of the White House. On the reverse of the egg are their printed signatures. This year, first lady Mrs. Trump has selected beautiful eggs that are a light blue, a green, a yellow and a pink. Then there is a gold egg, which is customary and traditional. 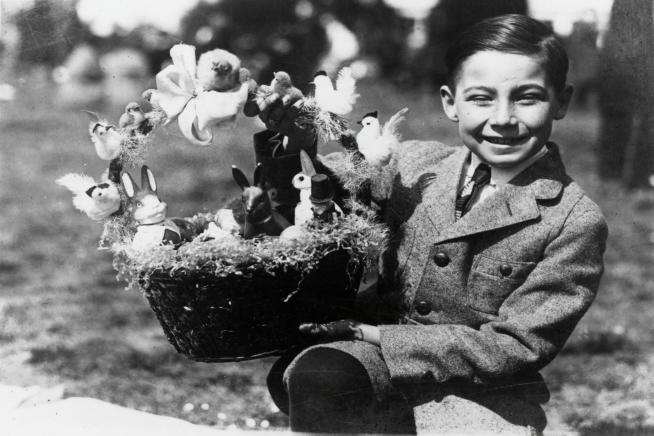 In times of national crisis, the Egg Roll is put on hold, and when America needed to conserve extra dollars on hand for World Wars I and II, the Egg Roll was canceled indefinitely. Three years after the end of the First World War, when President Harding and his First Lady finally brought the ceremony back to the White House, they included characters from the children’s play Alice and the White Rabbit, which was running in Washington, D.C. at the time. The Egg Roll was canceled again for World War II, with construction delaying the event until 1953, when President Dwight D. Eisenhower reinstated the ceremony. 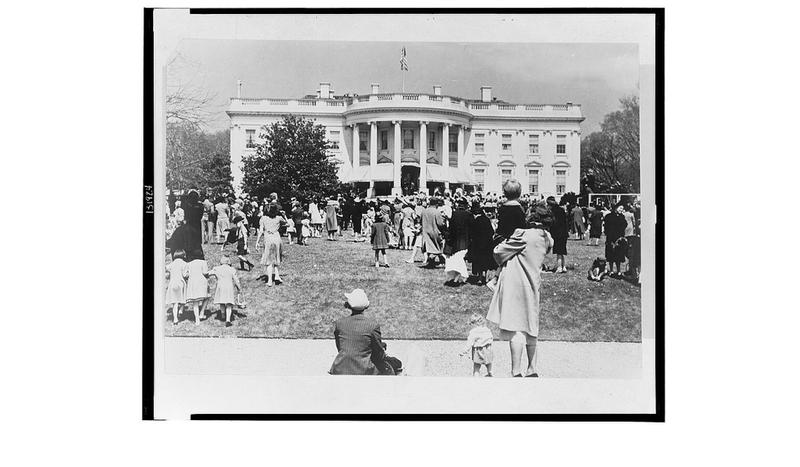 
A Lawn By Any Other Name

Today, dozens of children, parents, and reporters flock to the South Lawn for the White House Egg Roll, but in the 1870s, children enjoyed rolling their eggs on the west grounds. Apparently, however, young people were so into the games in those days that they tore up the grounds in their wild lust for pushing an egg from one place to another with a spoon. President Ulysses S. Grant signed a bill that banned egg rolling on capital grounds, which put a stop to the festivities, but by 1878, Grant's orders were discontinued, and children were once again allowed to enjoy their Easter Monday at the White House.