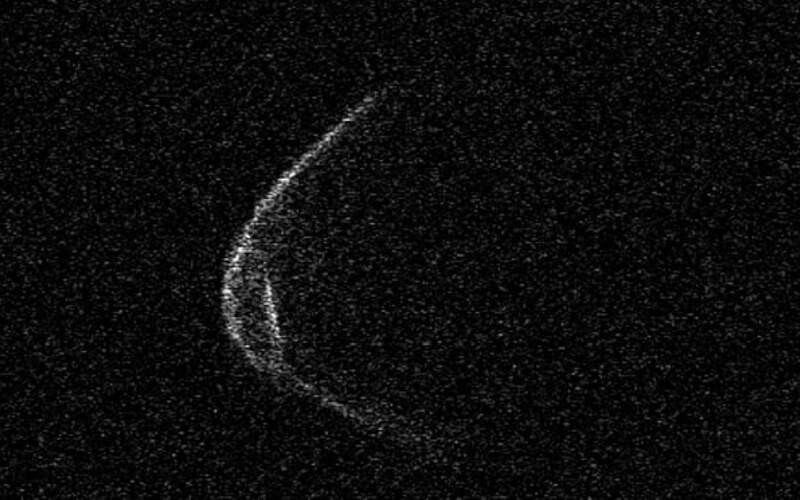 An asteroid more than a mile wide will pass by Earth on Wednesday while travelling at a speed of about 19,000 miles (30,578km) an hour.

Although the asteroid is classified as a potentially hazardous object (PHO), scientists have said it will not pose a danger to the planet.

Dr Brad Tucker, an astrophysicist at the Australian National University, said: “This asteroid poses no danger to the Earth and will not hit – it is one catastrophe we won’t have. While it is big, it is still smaller than the asteroid that impacted the Earth and wiped out the dinosaurs.”

He said an asteroid was classed as a PHO if it is bigger than 500ft and comes within 5m miles (8m km) of Earth’s orbit.

Dr Anne Virkki, the head of planetary radar at the Arecibo Observatory in Puerto Rico, who has been tracking the 1.2-mile-wide rock, said understanding more about PHOs would help “improve impact-risk mitigation technologies”.

At present, there are no known PHOs that pose an immediate danger to the Earth.

The team began observations of the asteroid on 13 April.

Virkki said: “The small-scale topographic features such as hills and ridges on one end of asteroid 1998 OR2 are fascinating scientifically.”

Scientists will continue to monitor the asteroid, although the next closest approach is not expected to take place for another 49 years.

Flaviane Venditti, a research scientist at the observatory, said: “The radar measurements allow us to know more precisely where the asteroid will be in the future, including its future close approaches to Earth.