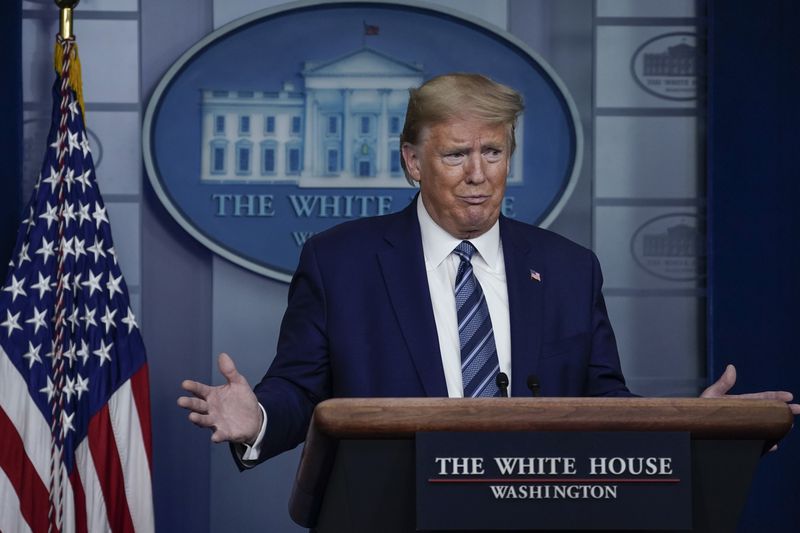 An unusually high number of New Yorkers contacted city health authorities over fears that they had ingested bleach or other household cleaners in the 18 hours that followed President Trump’s bogus claim that injecting such products could cure coronavirus, the Daily News has learned.
The Poison Control Center, a subagency of the city’s Health Department, managed a total of 30 cases of possible exposure to disinfectants between 9 p.m. Thursday and 3 p.m. Friday, a spokesman said.
None of the people who reached out died or required hospitalization, the spokesman said.
But compared to last year, the number of cases was worthy of a double-take.
According to data obtained by The News, the Poison Control Center only handled 13 similar cases in the same 18-hour period last year.
Moreover, out of the cases reported between Thursday and Friday, nine were specifically about possible exposure to Lysol. Ten were in regard to bleach and 11 about household cleaners in general, the spokesman said.

In last year’s 18-hour period, there were no cases reported about Lysol exposure and only two were specifically in regard to bleach, the data shows.

During Thursday night’s coronavirus briefing at the White House, Trump suggested doctors may be able to cure coronavirus by injecting disinfectants like bleach directly into the lungs of their patients.

"Because you see it gets in the lungs and it does a tremendous number on the lungs so it’d be interesting to check that … It sounds interesting to me,” Trump said, turning to his health advisers and asking them to look into the matter.

"I said it sarcastically,” Trump told reporters in the Oval Office.

Despite Trump’s sarcasm defense, health and emergency agencies took his comments seriously and warned people against listening to the president.

“To be clear, disinfectants are not intended for ingestion either by mouth, by ears, by breathing them in any way, shape or form,” New York City Health Commissioner Oxiris Barbot tweeted. “Doing so can put people at great risk.”

A White House spokesman demurred Friday night when asked for comment on the Big Apple’s spike in possible cases of household product poisoning in the aftermath of Trump’s comments.

“The media has lost control with their mischaracterizations and outlandish headlines about what the president said, and completely ignore that he has consistently emphasized that Americans should consult with their doctors regarding coronavirus treatment,” said the spokesman, Judd Deere.
Posted by free heip at 09:12