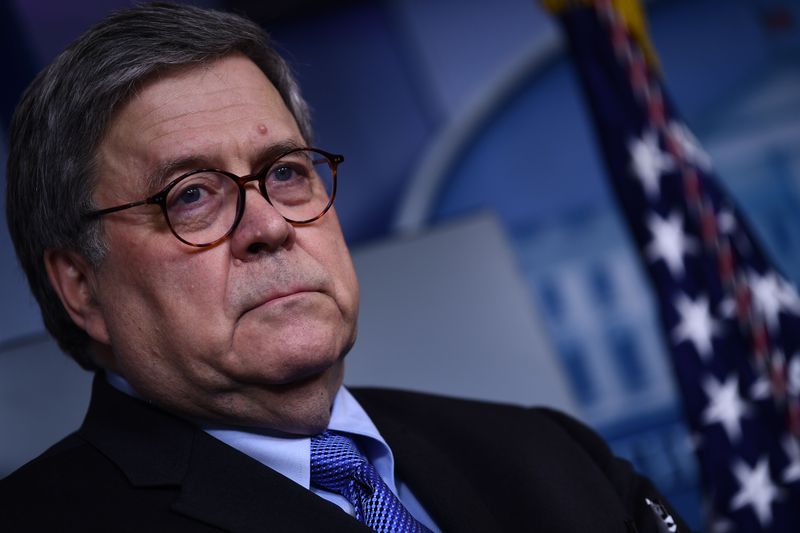 Take it from Bill Barr: May 1 is the new Easter.
The attorney general said the country should lift “draconian” measures to contain the coronavirus pandemic on May 1, even if the pandemic is still raging in parts of the nation as experts predict.
Barr, a staunch ally of President Trump, mockingly compared the stay-at-home measures implemented across most of the states to warning people to “hide under their bed.”
"We need ... to allow them to use other ways — social distancing and other means — to protect themselves,” Barr said.

Health experts like Dr. Anthony Fauci say keeping as many people at home as much as possible is the best way to limit the spread of the disease and save lives.
They warn against setting arbitrary dates to ease the restrictions and say any relaxation can only happen when infection and death rates drop significantly.
Barr, who is normally a proponent of strong presidential authority when it suits his political goals, also questioned whether the government was within its rights to keep track of Americans to limit the spread of the deadly virus.
"We [should] not get into the business of declaring everything an emergency and then using these kinds of sweeping, extraordinary steps,” Barr said.
Trump infamously proclaimed Easter Sunday as his target date to reopen wide swathes of American life. Then he flip-flopped when confronted with grim projections about mass deaths and agreed to back social distancing through the month of April.

Now Barr and others appear to be floating May 1 as the president’s favored reopening date, even though doctors say it’s far from clear that that will be safe for Americans.

Barr has mostly remained surprisingly in the background as the pandemic has spread across the country. He used the Fox News show hosted by far-right-wing pundit Laura Ingraham to break his silence.

Besides floating the May 1 date, Barr lashed out at reporters for being on a “jihad” to slam Trump over his advocacy of an unfounded treatment for coronavirus.

He also rehashed old canards about the investigation into the Trump campaign’s improper contact with Russians during the 2016 election.

The probe was “one of the greatest travesties in American history,” Barr said.