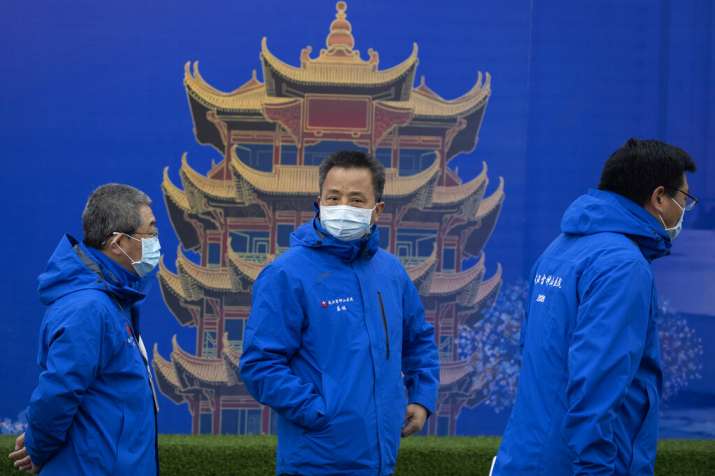 China continued to grapple with imported cases of coronavirus after stamping out the disease from its epicentre Wuhan as it reported 89 infections on Monday and the rise in asymptomatic patients posed serious concern for authorities, health officials said on Tuesday.
COVID-19 cases have been increasing again after the country managed to contain the first wave of infections as hundreds of Chinese nationals returned home from various countries, including European nations, US, Russia and Iran, to escape the fallout of the pandemic.
China's National Commission (NHC) in its daily report on Tuesday said 89 new confirmed COVID-19 cases, including three local infections, were reported on Monday in the country.
All three new locally transmitted cases were reported in Guangdong Province, it said.
Officials said 2,000 Chinese nationals were brought home in 16 chartered flights.
All of the new arrivals are being screened in different cities other than Beijing. China has banned the entry of foreign nationals by cancelling all existing visas.
As of Monday, China has reported a total of 1,464 imported cases of which 905 are still undergoing treatment.
Worrying proposition for Chinese health officials are the growing number of asymptomatic cases which climbed to 1,005 with 54 new cases.
Asymptomatic cases refer to people who are tested positive for the novel coronavirus but develop no symptoms such as fever, cough or sore throat. They are infectious and pose a risk of spreading to others.
The overall confirmed cases in China had reached 82,249 by Monday, including 3,341 people who died of the disease, 1,170 patients still being treated and 77,738 people discharged after recovery, NHC said.
By Monday, 1,009 confirmed cases, including four deaths, had been reported in Hong Kong, 45 confirmed cases in the Macao and 393 in Taiwan, including six deaths, state-run Xinhua news agency reported.
Considering the increase of the recurring COVID-19 cases, a high-powered committee to control the virus headed by Premier Li Keqiang on Monday called for stringent measures to control the spread.
Noting the recurring sporadic cases in certain localities, the meeting called for keeping up community-level containment, an official statement said.
"It required that all control measures be enforced down to each household and individual and applied to Chinese and foreigners in the same way, to avert the further spread of infection," it said.