Hitching a ride on the coronavirus: How partisans of all stripes are exploiting this crisis 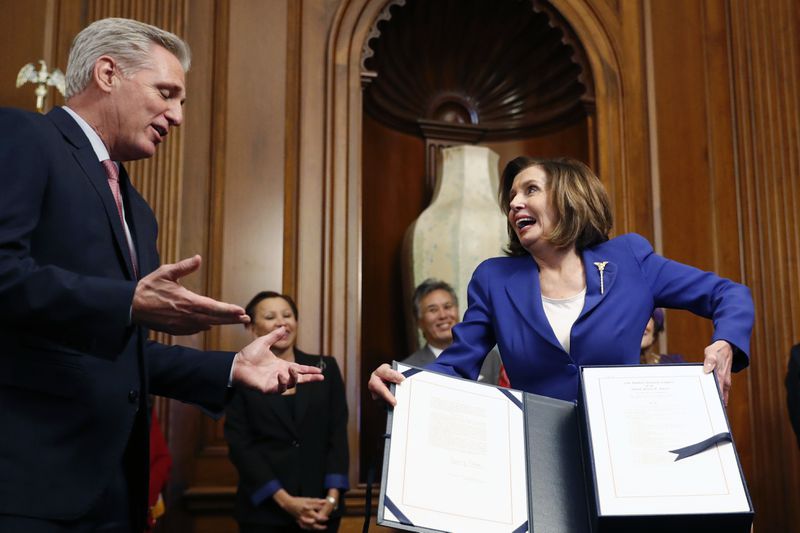 
For many of us, the coronavirus calamity is a humbling reminder of all we don’t know and can’t control. But for the ax-grinders, hobby-horse riders and zealous partisans among us, it’s just another opportunity to advance pet causes.
So from certain right-wing politicians and propagandists, we get the lunatic theory that the pandemic is a Democratic or “Deep State” ploy to bring down Donald Trump — even as it’s killed tens of thousands of people in other countries. This may be the starkest example of how viewing everything through the grimy lens of tribal politics addles minds.
Over on the left, Bernie Sanders partisans are also hitching a ride on the COVID-19 express to keep his idea, if not his campaign, alive. They contend that the virus has laid bare the inadequacies of America’s “corporate-run” health system and vindicated Sanders’ “Medicare for All.”
This ignores the inconvenient fact that two of the countries hardest hit, Italy and Spain, have just the kind of single-payer system Sanders advocates. The virus, indifferent to sectarian arguments over the one best way to deliver medical services, overwhelms every kind of health-care system.
The huge, $2.2 trillion relief package Congress just passed is another target of opportunity for those looking to find confirmation of their worldview in the present crisis. Lawmakers had no choice but to act to save lives and prop up the economy, and they likely will have to spend even more soon.
Yet no one knows what effect this tsunami of deficit spending will have on our economy and fiscal health as the crisis abates. Is it enough to stave off a Depression-like period of deflation, as collapsing output and demand depress prices? Or will all that liquidity and lending trigger a vicious spike in inflation when demand starts growing again, but shuttered businesses can’t respond?
Such uncertainties about the future don’t keep ideologues from making the giant aid package fit their preconceptions. For example, even though the spending surge is obviously an emergency measure, some progressives are hailing it as the dawn of a new golden era of government activism. Big government is back, and rapacious capitalism is retreating.
Well, it’s certainly true that, with most of the economy in a deep freeze, democratic socialists can sleep easier at night knowing that U.S. corporations aren’t making any profits. Millions of anxious Americans, however, probably would rather have their economy back.
Posturing against “Big Pharma” and vowing to break up “Big Tech” also seem to be distinctly less fashionable now, as Americans rely on digital platforms and technology to keep them connected to their work, family and friends, and as drug companies race to develop a coronavirus vaccine.

If the crisis is administering a kind of political reality therapy to progressives, it’s also highlighting conservative hypocrisy. Republicans voted for all $2.2 trillion in bailouts. This despite their hostility toward a spendthrift federal government, and in sharp contrast to the way they excoriated President Obama, who only got a measly $700 billion out of Congress to deal with the 2009 recession and financial crisis. Evidently, stimulating a stricken economy is only a problem when Democrats occupy the White House.

Pressure groups of every description are trying to take advantage of the crisis to push their interests. Gun-shop owners successfully lobbied the White House to win a “critical business” designation allowing them to stay open. In Los Angeles, the head of the teachers union invoked COVID-19 to open a new front in its long-running war against public charter schools.

If Washington can spend trillions to contain a virus, many progressives now insist, it can also open the checkbook for a Green New Deal and other huge spending packages.

Actually, it proves nothing of the kind. As the crisis worsens, we must be wary of opportunists who exploit the urgency and confusion of the moment to press for goals they couldn’t attain before the crisis struck.
Posted by free heip at 04:04