John Prine was like family to me and my family 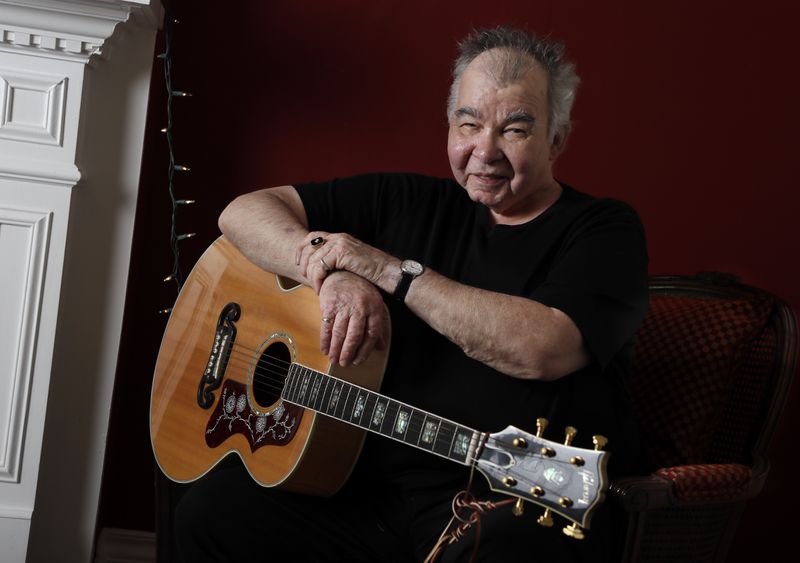 In this file photo, John Prine poses in his offices in Nashville, Tenn. Prine died Tuesday, April 7, 2020, from complications of the coronavirus. He was 73.(Mark Humphrey/AP)


I learned who John Prine was 20 years ago when he recorded an album of duets that included a bunch of my favorite singers performing with him.
Who was this man I never heard of who had the likes of Emmylou Harris and Lucinda Williams lining up to record with him? That album, “In Spite of Ourselves,” was a first for him because, after making his name as a peerless songwriter, he filled the album with covers of favorite songs of his written by others.
He wrote just one song for the album, the title track. But what a song it was.
Maybe the funniest and yet tenderest love song ever written, it featured him and the great Iris Dement trading lines like, “She thinks all my jokes are corny, convict movies make her horny.” But in the chorus they celebrate their unconventional love: “Against all odds, honey, we’re the big door prize.”
I went with a friend to see him perform at Town Hall in Times Square, not knowing what to expect.
For more than two hours, with only a guitarist and bassist accompanying him, he sang a lifetime’s worth of songs he had written. Even the most famous ones, like “Angel From Montgomery,” popularized by Bonnie Raitt, or “Hello in There,” made famous by Bette Midler, Joan Baez and others, were all new to me.
Hearing all those songs for the first time was one of the best nights of my life.
Most of them were either riotously funny or unbelievably sad and some were both.
Usually I find hearing unfamiliar songs in concert a drag because it’s hard to absorb them on first listen, or sometimes even to make out the lyrics. But with such spare accompaniment and the directness of his delivery, the songs went straight into my bloodstream.
When he played Carnegie Hall a few years later I bought tickets for my mom, brother and best friend. None of them knew his music and I told them not to listen to anything ahead of time. I wanted them to have the same experience I had. And they did.
That was the night John Prine became part of our family.
A few years later I was on a camping trip wth my family in upstate New York, sleeping in tents in a state park my grandparents took my mom to when she was growing up. Two cousins of mine, pre-teens, went to brush their teeth in the public bathrooms. Half an hour later they hadn’t returned.
I was sent out to look for them by my aunt, their worried mom.
As I walked through the dark campground I was distracted by the sound of somebody playing acoustic guitar. I went towards the sound and found a dad playing and singing a John Prine song, “Paradise,” around a campfire, surrounded by his family. It was a perfect rendition.
I stayed for the song and when it ended I saw that in the ring of family around him were my cousins, who did not know this family but like me had been drawn in.

“Wow, John Prine,” I told the dad, surprised to be hearing him because Prine never had an actual hit record of his own. “Yeah, he’s the greatest,” the dad said.

“It would’ve been nice to be like the other boys and girls and have a hit," he told Pitchfork in 2018. "But it’s more honest to have your music passed down through families and friends and loved ones. I’m proud of it.”

When Prine’s wife announced last month she was recovering from coronavirus and keeping isolated from her husband my family worried about him like you would a relative.

My brother brought his son, then 6, to see Prine in concert in Boston in 2018 with two friends and their young sons. For Christmas this year, my brother gave his son a framed poster that promoted that show, my nephew’s first ever concert.

Prine had some out-there songs like “Linda Goes to Mars" and “The Lonesome Friends of Science." Getting and recovering from coronavirus sounds like something that would happen to the down-on-their-luck survivors he sings about.

Hoping against hope a week ago, with Prine on a respirator, I said to my brother, "If he does somehow get better, can you imagine the song he’s gonna write about all this?