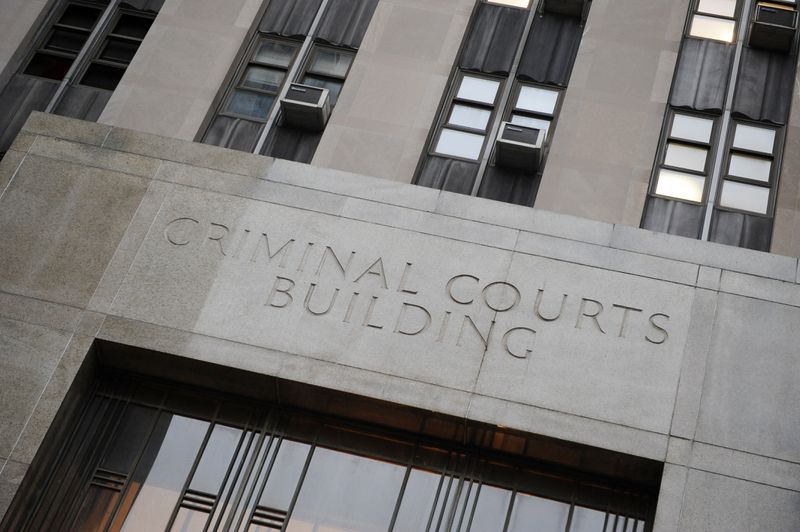 
A Manhattan judge told an accused serial shoplifter Wednesday that if it wasn’t for coronavirus, she’d be spending the night in jail.
Jackie Rivera, 54, was arrested about 10 a.m. Tuesday for stealing coffee, energy drinks and nail polish from a CVS on the Upper East Side and threatening to spray mace on a worker who caught her, cops said.
Under New York’s new bail laws, Rivera normally would have avoided jail while awaiting trial in her case.
But because Rivera faced jail time for breaking the terms of her release two weeks earlier on charges of robbing another store and threatening to stab a clerk with scissors, she became eligible to be jailed while awaiting trial.
At Rivera’s arraignment Wednesday in Manhattan Criminal Court, Assistant District Attorney Anna Radolinski requested a judge set cash bail at $30,000.
In arguing for her release, Rivera’s attorney Andrej Bajuk cited her mental health issues and severe asthma, which puts her at a heightened risk if she contracts COVID-19.
“She doesn't have insurance and is homeless, and can't afford to get (the medicine she needs),” Bajuk said in court.

“She is somebody that fits right into the type of person that we've actually been pushing the last couple of days or weeks to get out of jail and have gotten out of jail when they were on Rikers.”

Justice Paul McDonnell went along with the defense lawyer’s request, and ordered Rivera into a supervised release program.

“At another time I would clearly put her in jail,” McDonnell said, citing the woman’s lengthy rap sheet and multiple failures to appear in court.

“You may need intervention. You may need help," he told Rivera. "I think everybody agrees that putting you in a program, getting some remedial attention, is probably the right thing for you, as opposed to you languishing in jail where you could get COVID 19 and potentially die.”

As of Thursday morning, 488 Correction Department staffers and 288 inmates have tested positive for COVID-19. At least six city correction officers, a captain and two non-uniformed employees have died from the virus.