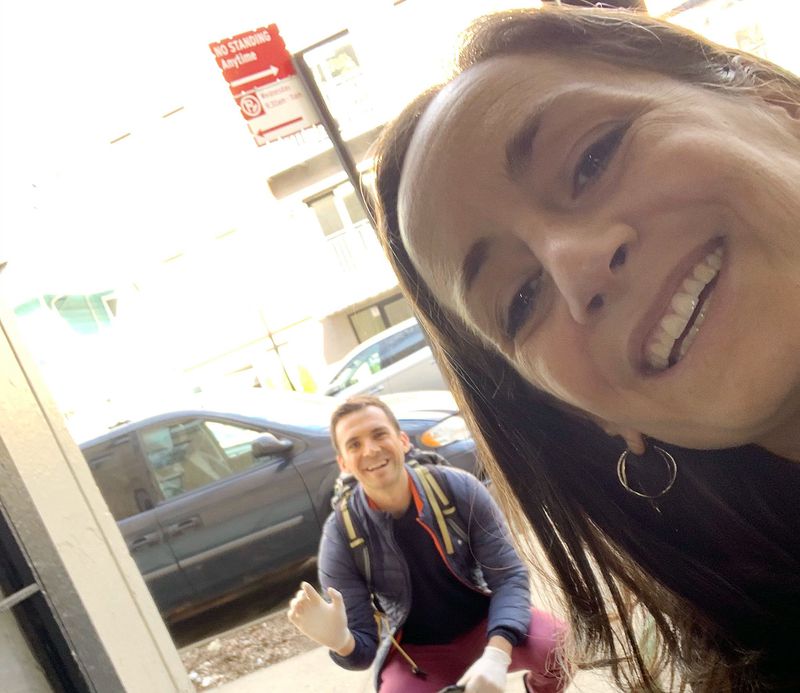 They’re all laced up with places to go.
Running clubs chased out of New York City’s parks in the coronavirus pandemic are putting members’ heels and soles to good use while still getting in a little exercise.
Prospect Park Track Club captain Adam Devine said that since his group shut down group activities three weeks ago, members have volunteered to run to pharmacies, drug stores and other essential businesses to fetch supplies.
Most of the club’s errands are run for its own members — including one runner with an autoimmune disease making that person more susceptible to viruses.

But Devine, a 37-year-old lawyer from Windsor Terrace, wouldn’t mind if word got out — he advises the club’s 1,000 members "if they know people in need to let us know.”
Only a few members are volunteering as gophers during the pandemic, but Devine says those fleet-footed volunteers cover all of Brooklyn -- and sometimes on bicycles.
To keep all involved safe, Devine has issued “detailed instructions on safe practices to our volunteers to help mitigate any potential risk of spread to or by those volunteering in that service” on his group’s website at PPTC.org.
When another running club, the Brooklyn Rogues, suspended operations last month, racer Beth Dukes teamed-up with a community group near her home in Bedford-Stuyvesant. She delivers groceries and medical supplies on foot to those in need.
“As a runner, the idea of walking a mile does not intimidate me," the 31-year-old library worker said.

Dukes said she tried jogging in Prospect Park a couple weeks ago, but discovered it was too crowded with runners she believes to be newcomers.

“Everyone and their mother has become a runner in the past month,” Brooklyn Rogues founder Steph Creaturo agreed.

Creaturo, 50, said she doesn’t have the resources to weaponize her running group in the war against coronavirus, but she teaches a yoga for runners course online that’s geared toward conditioning.

Though Devine’s group seeks to help others, he also sees exercise mainly as a way of personally surviving the pandemic.

“We’re trying to maintain our mental health and well being,” he said.