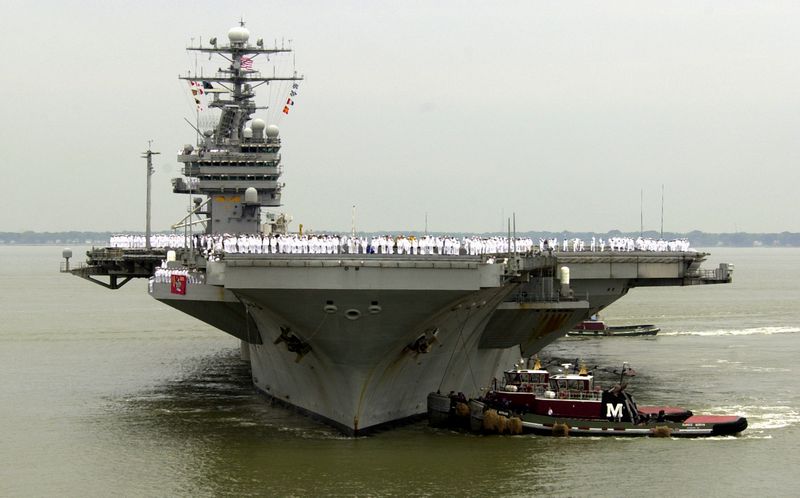 Capt. Brett Crozier of the USS Theodore Roosevelt, who expressed his concern over the potential spread of coronavirus among his men in a leaked letter published on Tuesday, has been relieved of his duties by the Navy.


Capt. Brett Crozier of the USS Theodore Roosevelt, who expressed his concern over the potential spread of coronavirus among his men in a leaked letter published on Tuesday, has been relieved of his duties by the Navy.
The situation on Crozier’s aircraft carrier, which housed nearly 100 sailors who have tested positive for coronavirus, garnered national attention after his worries were laid out in the San Francisco Chronicle. In the letter, which was sent to a large group of senior officials, Crozier asked for the resources necessary to isolate most of his crew of around 5,000 and conveyed in no uncertain terms just how serious the situation is.
“We are not at war. Sailors do not need to die. If we do not act now, we are failing to properly take care of our most trusted asset — our Sailors,” Crozier wrote. 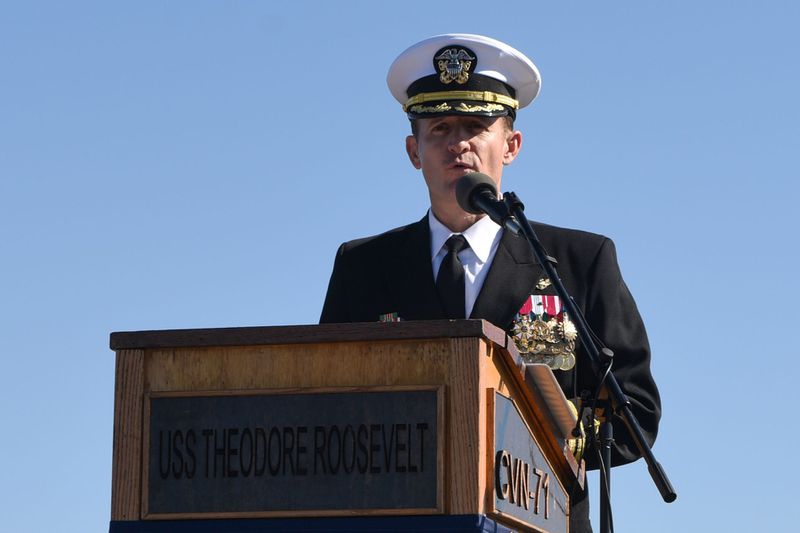 Captain Brett Crozier addresses the crew for the first time as commanding officer of the aircraft carrier USS Theodore Roosevelt on the ship's flight deck in San Diego on Nov. 1, 2019.

Acting Navy Secretary Thomas Modly said on Wednesday, as the Navy worked to fulfill his requests, that Crozier would not face retaliation. But on Thursday he said otherwise and announced the removal.

"I could reach no other conclusion that Capt. Crozier had allowed the complexity of his challenge with the COVID breakout on the ship to overwhelm his ability to act professionally, when acting professionally was what was needed most at the time," Modly said at a press conference.

Modly added that although he could not prove that Crozier was the leaker, “In sending it out pretty broadly, he did not take care to ensure it couldn’t be leaked.”

So far, as the ship stays docked in Guam, 1,000 of its crew have disembarked and are in isolation. Some 2,700 more are expected to follow as more positive coronavirus tests come back.