NYC to close up to 100 miles of streets during coronavirus outbreak: Mayor de Blasio 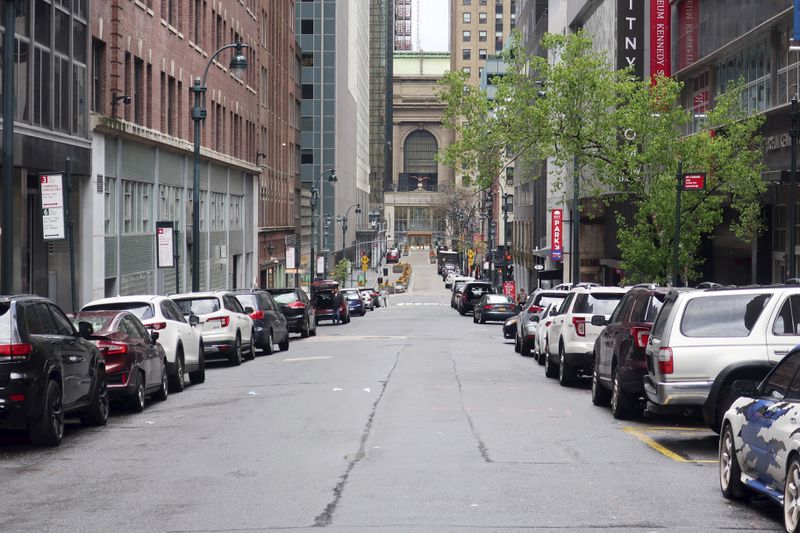 New York City will close at least 40 miles of streets to vehicular traffic “over the next month,” Mayor de Blasio said Monday, with an ultimate goal of up to roughly 100 miles as long as stay-at-home orders remain in effect.
With summer approaching and New Yorkers getting increasingly restless at home, the goal is to provide space for people to exercise and avoid the creation of dense crowds in parks, he said at a press conference.
The city will focus on streets “in and around our parks" and the “hardest-hit" neighborhoods — many of them low-income communities of color — de Blasio said.
The city will also expand some sidewalks, he added.
De Blasio said the plan came in agreement with Council Speaker Corey Johnson, who’d been pushing to close 75 miles of streets to vehicular traffic.
“It’s been right to say, let’s find a solution that helps open up space but absolutely keeps people safe,” Hizzoner said.

He did not name the first streets that will close, but said his office, the Transportation Department, the Council and NYPD will map out the plans.

The city will ban cars from up to 60 miles of streets inside or next to parks, another 20 miles identified “in consultation with local [NYPD] precincts” and up to 10 miles of roads managed by local block associations and business improvement districts, according to Johnson’s office. Up to 10 miles of protected bike lanes will also be opened to pedestrians and up to 2.5 miles of sidewalks will be widened, Johnson said.

Asked how New Yorkers should visualize the street closures, the mayor said they could involve barriers, police cars and officers overseeing enforcement of social distancing.

Earlier this month, the city increased the maximum fine for violating social distancing rules — which require people to stay at least 6 feet apart from one another — to $1,000.

Monday’s announcement came after Johnson on Sunday threatened to involve de Blasio’s frequent nemesis, Gov. Cuomo, in street closures as the speaker appeared to grow frustrated with the mayor’s initial skepticism of the plan.

“The @NYCCouncil is thrilled our calls for open streets have been answered and looks forward to working with the administration to give New Yorkers the space they need to socially distance properly,” Johnson tweeted.

The streets will be closed for the duration of Cuomo’s “pause” order forcing most New Yorkers to stay at home and shuttering schools, according to the speaker. The governor said Sunday he could begin easing restrictions in upstate regions as early as the middle of next month, with the “more complicated” Big Apple to follow.

The plan follows other major cities that have opened miles of streets to pedestrians and cyclists without deploying a large police presence.

Officials in Oakland, Calif., are in the process of banning cars from 74 miles of streets, and officials in cities like Philadelphia and Vancouver have already opened several miles of streets near major parks to prevent crowding in green spaces.
Posted by free heip at 09:00