President Trump’s decision to back away from Easter deadline in coronavirus crisis influenced by old friend’s infection, says Vanity Fair 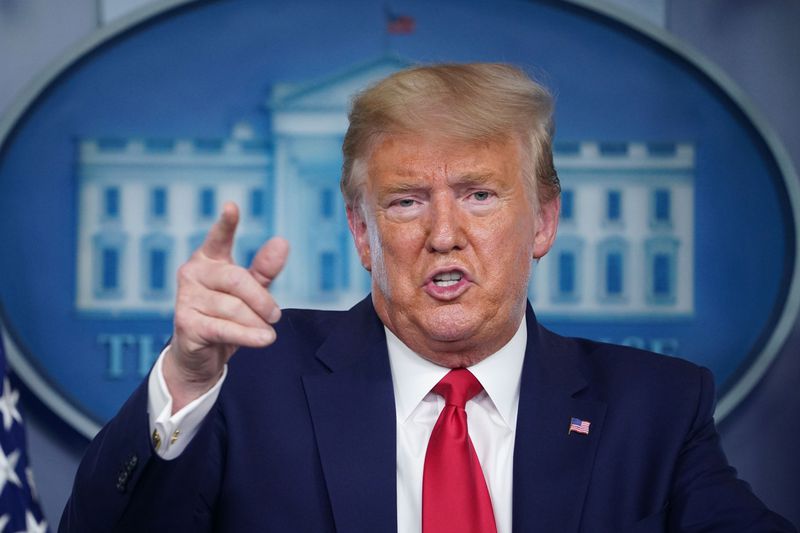 President Trump at a coronavirus briefing at the White House.(MANDEL NGAN/AFP via Getty Images)


A Manhattan real estate mogul and longtime friend of President Trump slipped into a coma after a coronavirus diagnosis, influencing the White House’s change of heart for an Easter Sunday relaxing of COVID-19 restrictions, according to Vanity Fair magazine.
The president was deeply shaken by the news about Stanley Chera, a 78-year-old Trump pal and founder of Crown Acquisitions. Chera has been a frequent White House guest, and organized several fundraisers for his fellow developer.
“Boy did that hit home,” said Bill White, another New York donor to the Trump campaign, told the magazine. “Stan is one of his best friends."
The bad news, along with worries about the November election and the virus’ spread, were enough to convince Trump that a less aggressive plan was in order, the magazine reported. The president was quoted as telling a friend that the pandemic was now the only issue going forward for his run at a second term.

“The campaign doesn’t matter anymore,” he reportedly told the friend. “What I do now will determine if I get re-elected.”

The president subsequently changed the tone of his news conferences from focusing on an end to restrictions to dealing in the lethal realities of the pandemic, acknowledging this week that between 100,000 and 200,000 Americans could die.

“This could be a hell of a bad two weeks," he warned. "This is going to be three weeks like we’ve never seen before.”

Chera’s company owns real estate all over the city, including the office building at 650 Madison Ave on the Upper East Side., and the St. Regis Hotel in Midtown.

At a news conference Wednesday, Trump elaborated on Chera’s situation, without naming him. He said his friend was typical of the most ill coronavirus patients.

“My friend was the right person” to be hardest hit by the disease, Trump said.

“It hit him very hard," said Trump. "He’s strong, a very strong kind of a guy. But he’s older, he’s heavier, and he’s sort of central casting for what we are talking about.”
Posted by free heip at 04:03