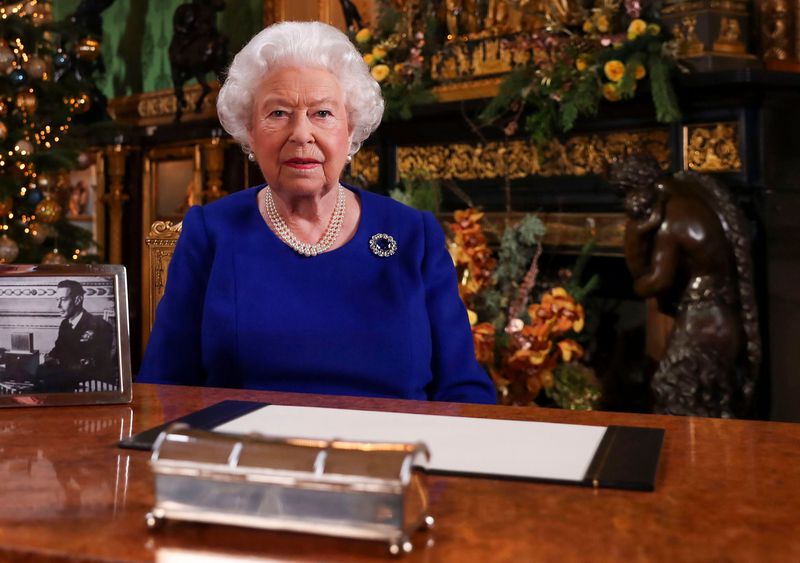 Queen Elizabeth II has recorded a rare address to her subjects.


Queen Elizabeth channeled her inner Winston Churchill for a speech on the coronavirus to be broadcast to the United Kingdom Sunday night.
The monarch broadcasts an annual Christmas message to her subjects, but this will be just the fourth non-holiday TV address in her 68-year reign.
In an excerpt released Saturday night, the Queen seemed to recall Churchill’s World War II speech that closed with the line, “This was their finest hour.”
In describing Britain’s response to the new enemy, COVID-19, Elizabeth said, “I hope in the years to come everyone will be able to take pride in how they responded to this challenge.
“And those who come after us will say that the Britons of this generation were as strong as any.”
The complete address, which was recorded Saturday, will air Sunday at 8 p.m. London time.
Previously, Queen Elizabeth, 93, addressed the nation in 1991 prior to the First Gulf War, in 1997 following Princess Diana’s funeral and in 2002 after her mother’s death.

The speech was recorded in Windsor Castle, where the Queen is staying with her husband Prince Philip. Her eldest son, Prince Charles, tested positive for COVID-19 last week but has since recovered.