Roseanne Barr calls coronavirus a plot to ‘get rid of all my generation,’ considering lawsuit over Valerie Jarrett drama 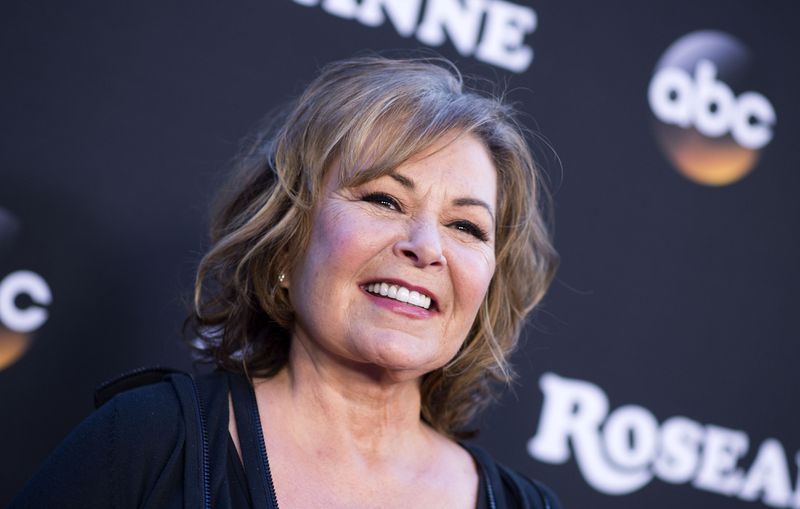 
Roseanne Barr is weighing in on the coronavirus crisis like only she can.
The disgraced comedienne is back in the digital zeitgeist — with some more of her trademark eye-opening commentary.
On Sunday’s episode of the YouTube talk show, “Quarantined With Norm Macdonald,” the Emmy Award and Golden Globe Award-winning former sitcom star was the guest caller. The conversation naturally turned to the COVID-19, which the controversial comic claims the pandemic is a scheme “to get rid of all my generation.”
“I think we’re being forced to evolve," Barr, 67, explained. "I think they’re just trying to get rid of all my generation, the Boomer ladies. The Boomer ladies that, you know, that inherited their, you know, are widows. They inherited the money so they got to go wherever the money is and figure out a way to get it from people.”
“That would be a good thriller,” Macdonald retorted.
At one point, Barr, who is quarantining in Hawaii, claims the island is out of toilet paper and white rice. She also said there is only one case of the virus in the state.
"Wow," the “Saturday Night Live” alum responded before joking, "[Is there] any talk of killing him?"
The latest figures from Hawaii’s Department of Health, says there are 387 confirmed cases of the illness as of Tuesday.
Elsewhere on the profanity-laced, cackling chatfest, Barr revealed to the Canadian stand-up comic that she is considering filing a lawsuit over her 2018 firing from ABC for her tweet comparing former White House adviser Valerie Jarrett to “The Planet of the Apes.”

Social distancing has given her a lot of time to consider legal actions after she torpedoed the success “The Conners,” the 2018“Roseanne” reboot.

“I have the time now to research and come up with the perfect lawsuit,” she said, adding, “The lawsuit I’m going to wage against Hollywood."

Barr was fired from the network’s much anticipated sequel of her 1990s sitcom after tweeting, “muslim brotherhood & planet of the apes had a baby=vj,” in response to another user’s claim that suggested Jarrett helped former President Barack Obama hide secrets.

Barr infamously blamed her racially charged tweet on the use of the sleep aid Ambien, and later screwed things up further during later interviews designed to do damage control.

It’s not sure what aids, if any, she took before her latest appearance with Macdonald.