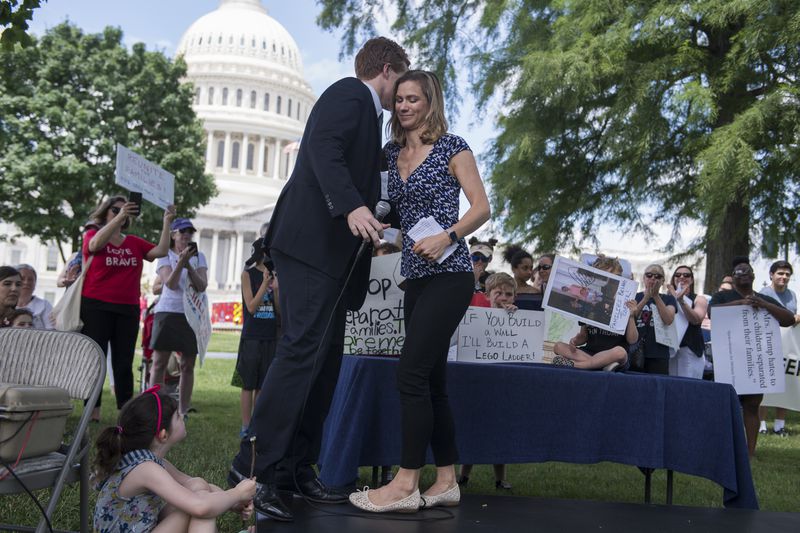 
Hope seemed to be lost for finding the granddaughter of Robert F. Kennedy and her young son alive after they disappeared on a canoe in Chesapeake Bay near Annapolis, Md.
“With profound sadness, I share the news that the search for my beloved daughter Maeve and grandson Gideon has turned from rescue to recovery,” Kathleen Kennedy Townsend said in a statement Friday night, according to news outlets.
Maeve Kennedy Townsend McKean, 40, and her 8-year-old son, Gideon Joseph Kennedy McKean went missing in the bay.
Townsend McKean is the grand-niece of former President John F. Kennedy.

The family was at a waterfront home owned by McKean’s mother-in-law, former Lt. Gov. Kathleen Kennedy Townsend, and the children there inadvertently kicked a ball into the water, which David McKean told the Washington Post his wife and son went to retrieve.

They “popped into a canoe to chase it down,” he told the outlet. “They just got farther out than they could handle, and couldn’t get back in.”

Though the Maryland Department of Natural Resources discovered an overturned canoe that matched the description of the family’s, according to The Post, McKean did not tell the outlet whether his family’s canoe had been located.

The Kennedy family is known as much for their political clout as personal catastrophes, including the assassinations of both JFK and RFK, as well as the 2019 death of 22-year-old Saoirse Kennedy Hill, a cousin of Townsend McKean’s.

Both Townsend McKean and her husband are human rights lawyers, and though the former recently defended uncle Robert F. Kennedy Jr.'s “ongoing fight to protect our environment,” she publicly dismissed his stance against vaccinations as “tragically wrong.”

The recovery mission will resume Saturday morning.
Posted by free heip at 06:32