The 21st Amendment: All The Craziest Things That Happened When Prohibition Ended 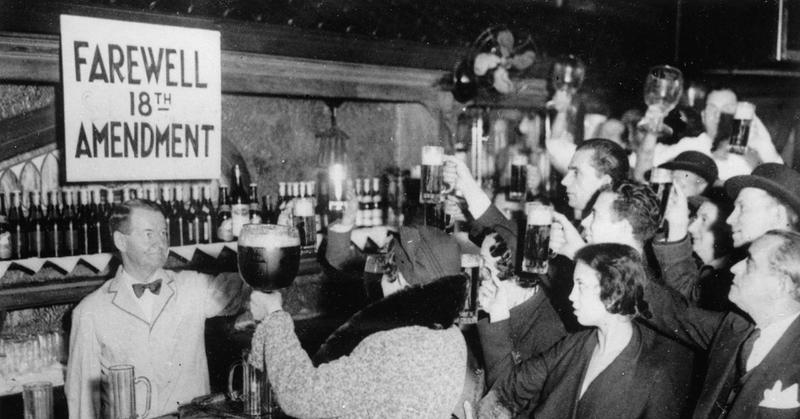 Prohibition was an era unlike anything America had ever experienced. This 13-year period of nationwide state control over the brewing, transportation, and sale of alcohol changed the everyday life of normal citizens, gangsters, cops, and politicians alike. By the time Prohibition in the United States ended in 1933, the experiment had proven a complete disaster. Criminals were running many of the largest cities in America, trust in the criminal justice system was at an all-time low, and regular people were unsure what to do. After the 21st Amendment was passed, Americans were free again to party down, but not everyone in America was celebrating.

Prohibition was meant to keep the morals of the United States in check and turn down-in-the-gutter drunks into upstanding citizens. What it really did was create financial negative space that was filled by illegal speakeasies and bootleggers, who made money hand over fist thanks to the stringent U.S. law. State governments went broke after they stopped collecting their cut of alcohol sales, and after the Great Depression began in 1929, FDR was swiftly elected to the presidency based on his plan to put an end to Prohibition and ratify the 21st Amendment.
Ratified on December 5, 1933, this amendment repealed the 18th Amendment but still allowed "any State, Territory, or Possession of the United States" to make their own decisions about the sale of alcohol. While it allowed many cities to become legal party towns once more, this amendment also created the dry counties that still exist today. 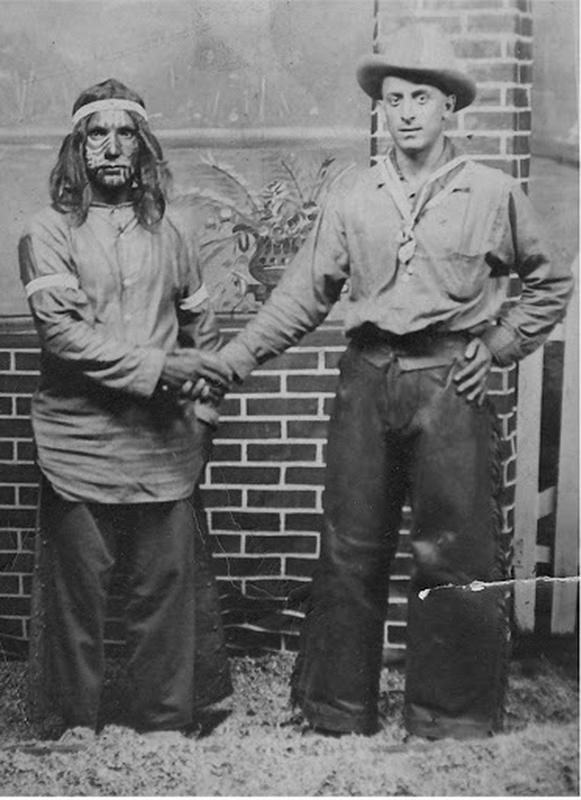 
Native Americans Were Still Out Of Luck

As great as things were for the drinkers of American cities like New York City and Chicago, the indigenous people of the United States were still bound to the federal laws created for them in 1834 that forbade anyone from manufacturing "ardent spirits" on tribal land. It wasn't until 1953 that the law was reformed, although laws against distilleries on tribal land remained on the books until 2019. 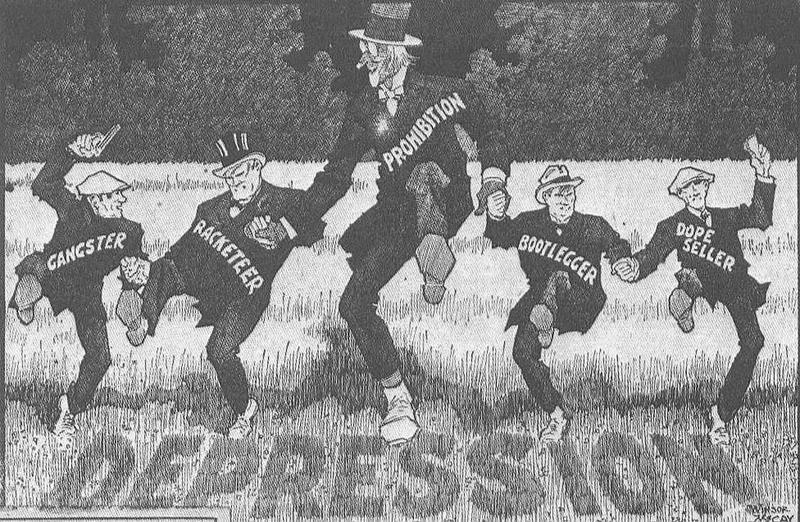 During prohibition, organized crime leaders filled their coffers with millions of untaxed dollars, giving the most heartless among them a war chest that they could dip into as the Depression became an even deeper quagmire. Most of their money came from the illegal sale of alcohol, so following the 21st amendment, organized crime leaders began searching out new revenue streams. Big-time gangsters shifted from alcohol to drugs, prostitution, and gambling. These criminals were always going to find ways to make money under the table, but it's clear that Prohibition pushed them deeper into the underworld. 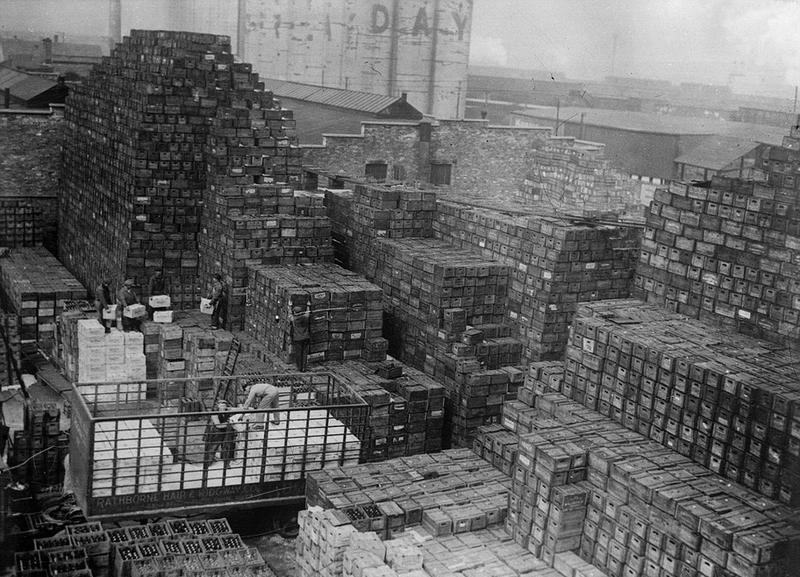 
It Saved The Economy

Bringing booze back to the American people wasn't just a way to keep constituents happy. It was a way to jump start the economy after the 1929 market crash. Not only did legalizing alcohol give the federal government a few cents in sales tax from every bottle of wine and beer sold, it also created a lot of jobs. Breweries, truck drivers, and even cork makers were put to work. These jobs didn't completely reinvigorate the economy, but they did infuse cash into a dry system. 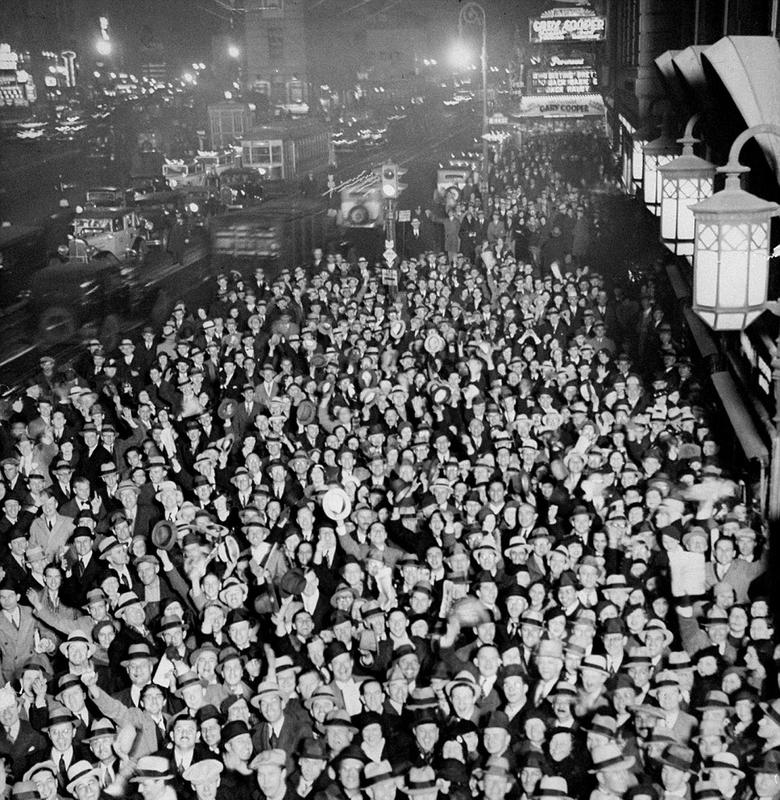 Not everyone was excited about the end of the decade-plus ban on alcohol. Teetotalers across the country tsk-tsked at the federal government for bringing back the devil juice even though they recognized that during Prohibition, the "nation was awash in liquor." Utah's The Deseret News reported that "Uncertainty Faces Nation as Liquor Ban Fails," announcing that they would be remaining dry for the time being. Followers of President Heber J. Grant of the Church of the Latter-Day Saints warned:

Repealists must assume responsibility for the murder on the highway, for which drinking has been to a considerable extent responsible. 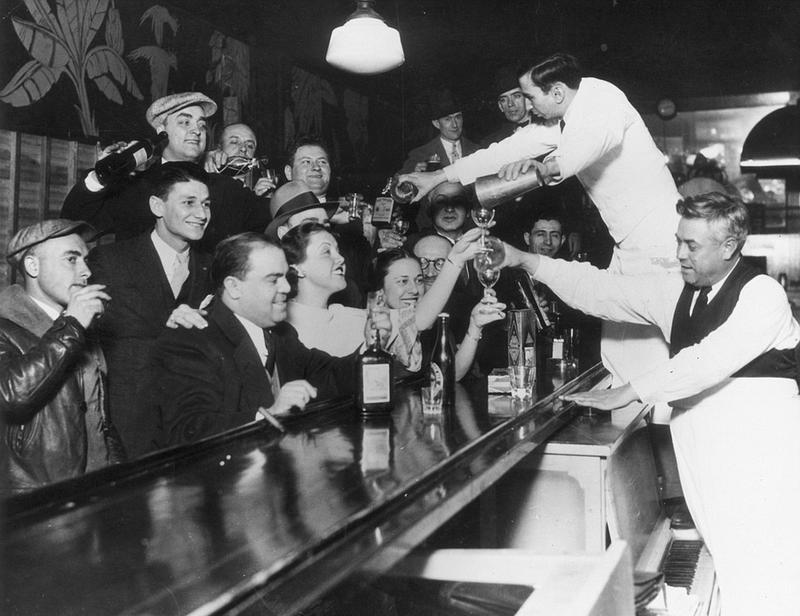 It's not surprising that after 13 years of a nationwide ban on drinking, regular people—not gangsters, bootleggers, or embezzlers—were primed to tie one on and cut loose. Huge crowds took to former speakeasies and cracked into whatever was available. Luckily, thanks to illegal home brewers, there was plenty of booze to go around. Media across the country, refusing to hide their glee, published headlines like "City Prepares To Celebrate Dry Era Death" atop stories that promised "Liquor again will be flowing legally throughout the city. It is expected that the city will take on that atmosphere so characteristic of New Year's Eve, as celebrations have been announced for a number of places."
Posted by free heip at 08:55