Trojan Horse: The Greeks Entered Troy On This Day In 1184 B.C. 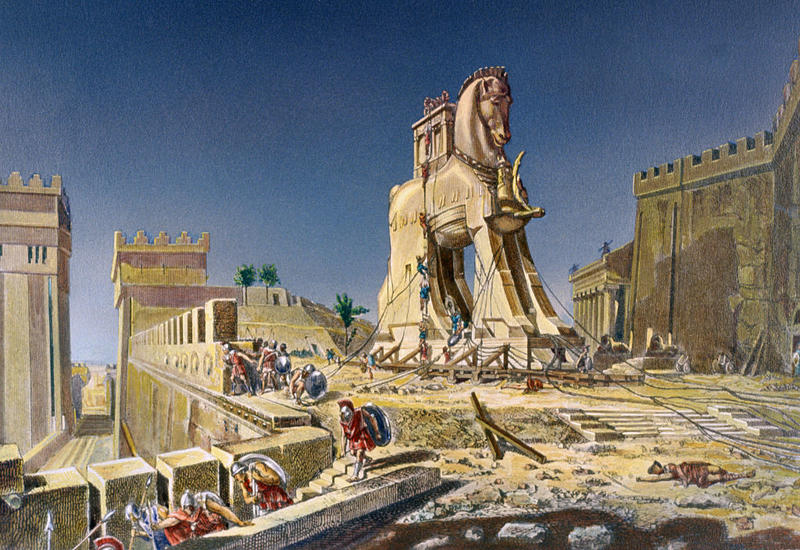 Engraving After The Trojan Horse by Henri Paul Motte. (Getty Images)
It's gone down in history as one of the most unconventional military moves, but we have to give props to the strategist who came up with an ingenious way to attack the enemy from within as well as the brilliant builders and engineers who (supposedly) made it happen. We're talking, of course, about the Trojan horse. According to legend, Greece ended 10 years of war with Troy on April 24, 1184 B.C. by giving the appearance of a surrender and leaving behind this thoughtful parting gift. Let's take a look back at the events that were said to transpire on this day more than 3,000 years ago. 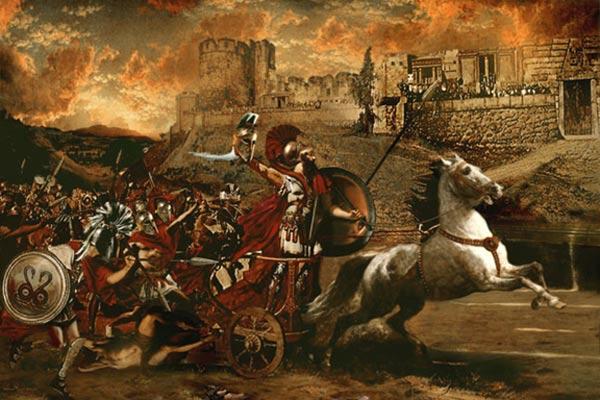 In its heyday, Greece was involved in numerous wars and military conflicts. Toward the end of the Bronze Age, King Agamemnon was at it again with the city of Troy. According to later accounts, his army numbered in the tens of thousands, though modern historians doubt that claim. The army of Troy, led by King Priam, was more of a defending force than a true army. They were less concerned with valor and glory than keeping any nearby, battle-hungry geopolitical superpowers from destroying their city. 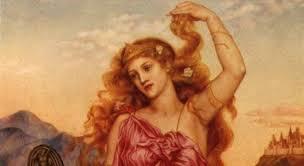 Helen's great beauty made her famous in Greece. (entitymag.com)


The Face That Could Launch A Thousand Ships

It all fell apart thanks to some lady named Helen. To be fair, Helen of Troy was so legendarily beautiful that Elizabethan playwright Christopher Marlowe later called her "the face that launch'd a thousand ships." As the sister-in-law of King Agamemnon, eligible suitors from across the land sought her hand in marriage, but she agreed to marry Agamemnon's younger brother, Menelaus, somewhat complicating the family tree but appeasing the in-laws. Before the deal could be sealed, however, she fell in love with Paris, the son of King Priam of Troy. One day, while Menelaus was away, Helen either willingly ran off with Paris or was kidnapped by him. Either way, she found herself in Troy, so Greece initiated a series of reasoned, civil discussions to negotiate her return. Just kidding—they went to war. 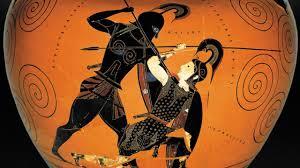 The Trojan War is a key point in classical history. (world-archaeology.com)


The War According To Homer

Most of what we know about the Trojan War comes from Homer's Iliad, but he wrote the epic poem several hundred years after the event took place and played fast and loose with the facts. He only depicts a snippet of the 10-year war, for one thing, and he didn't shy away from confounding historical details and Greek mythology. It's unlikely, for example, that the war was instigated by Zeus as a way to cull the population of mankind. 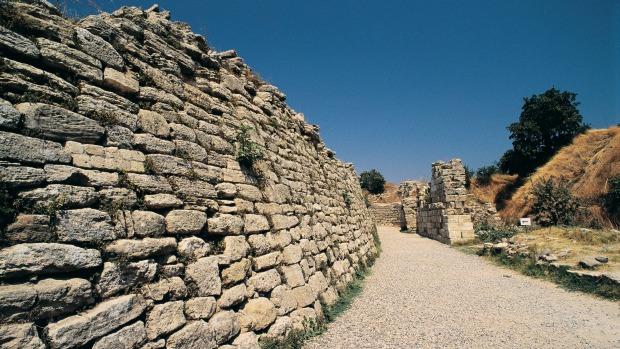 The walls of Troy were so strong that the Greeks couldn't breach them. (traveller.com.au)

After 10 years of fighting, Greece and Troy reached a stalemate. The formidable walls and reinforcements surrounding Troy were impenetrable, and the Greek army had exhausted its resources in failed attempts to breach the defenses by sheer force. It seemed that outsmarting the Trojans was their only remaining option. 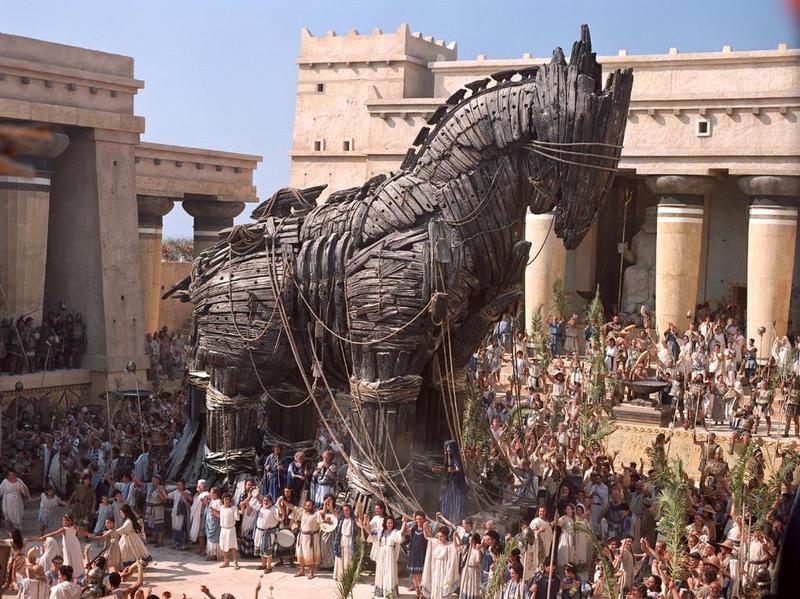 The Trojans believed the giant horse to be a token of surrender. (businessinsider.com)

The Greek hero Odysseus is traditionally credited with the idea for the Trojan horse, although Homer explained that Odysseus was inspired by the goddess Athena. According to legend, he set a group of talented Greek builders and engineers to work constructing the giant wooden horse, and when it was done, it was left outside the gates of Troy before the Greek army sailed away in their ships. Only one soldier, Sinon, was left behind to announce Greece's "surrender" and inform Troy of the "gift" that had been left for them. Using his best reverse psychology, Sinon told King Priam that the giant wooden horse was so heavy that King Agamemnon feared the puny Trojans wouldn't be able to pull it into their city. Indignant, the king ordered his men to pull the giant horse through the gates. 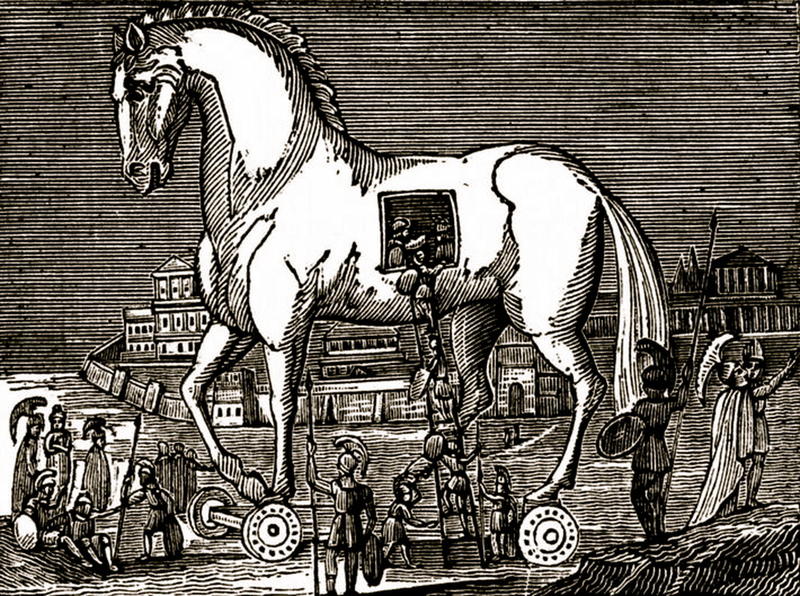 Greek soldiers climbed out to attack the drunken Trojans. (thepoliticsforums.com)


You Know The Rest

Of course, the horse wasn't just a pretty statue. Hiding in the belly of the animal was a group of Greek soldiers, listening to Troy celebrate their supposed victory with a night of feasting and drinking. In the wee morning hours, while most of Troy slept off their night of partying, they crept out of the Trojan Horse, opened the gates of Troy to the soldiers who had sailed off the previous day before pulling a U-ey, and absolutely wrecked the joint. Troy was defeated, the Trojans who remained after the fighting were enslaved by Greece, and Helen was either rescued or forced to return. 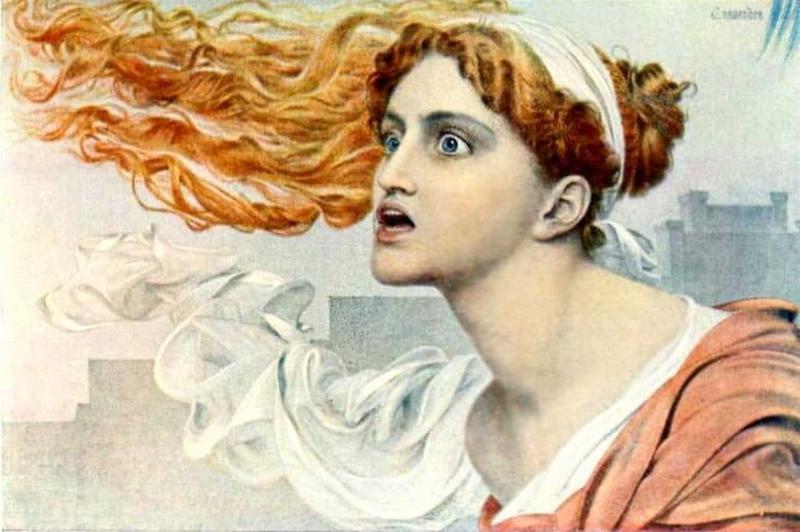 The Trojan king's own daughter tried to warn him about the horse. (fictionphile.com)


A Failed Warning Or Two

According to Homer's Iliad and Virgil's Aeneid, the people of Troy were warned about an impending sneak attack by Greece. In the Aeneid, a priest and profit named Laocoon famously told King Priam to "beware of Greeks bearing gifts," only to be shrugged off by the king and his advisers. In Homer's Iliad, King Priam's own daughter, the beautiful Cassandra, issues the warning to her father. Homer wrote that Cassandra had earlier shunned the advances of the god Apollo, and in retaliation, Apollo imbued her with the "gift" of visions of the future that no one would ever believe. When Cassandra had a vision about the Trojan horse and the fall of Troy, her father fulfilled his end of the prophecy. 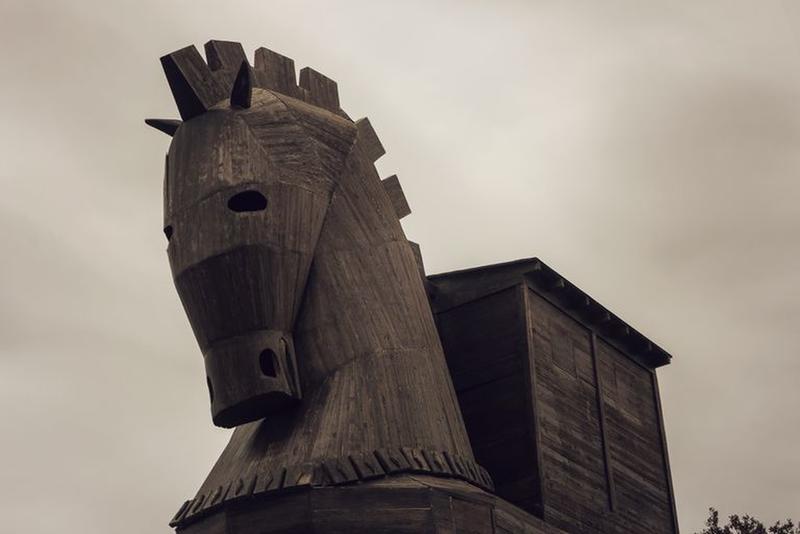 Don't look a gift horse in the mouth. (thoughtco.com)


The Legacy Of The Trojan Horse

But did any of it really happen? Historians aren't sure. After all, our best accounts of it are unabashed works of fiction. Maybe the people of Troy really were that gullible, or maybe writers like Homer and Virgil fabricated the tale to showcase Greece's determination and creativity. Either way, the Trojan horse lives on in cultural memory to this day.
Posted by free heip at 10:40