Trump jokes about hooking up with models during coronavirus briefing 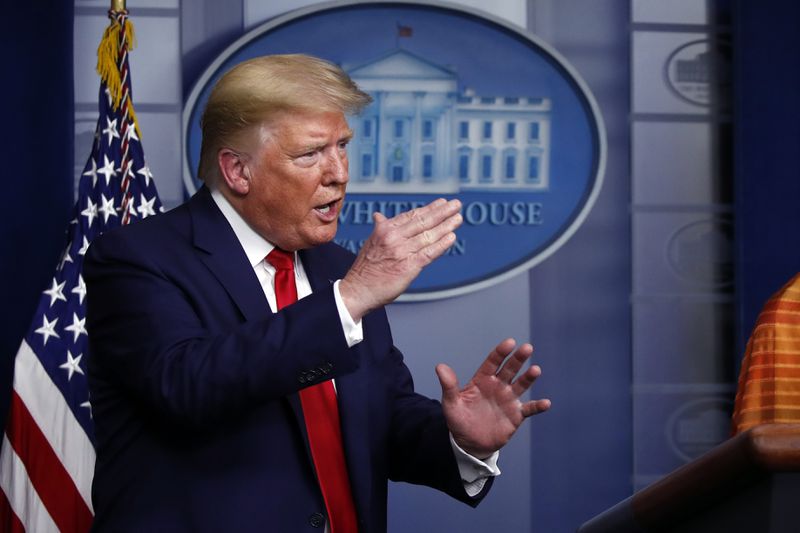 President Donald Trump speaks about the coronavirus in the White House on Friday.(Alex Brandon/AP)


He just can’t help himself.
President Trump joked about being “involved in” models during a coronavirus briefing at the White House on Friday. The quip came while the president was fielding questions about the trajectory of the pandemic.
“The models show hundreds of thousands of people are going to die and you know what I want to do? I want to come way under the model,” he said. “The professionals did the models and I was never involved in a model. At least this kind of a model.”

Vice President Pence, standing stoically behind the president, did not laugh.

Nearly 276,000 Americans have been infected by the coronavirus, according to Johns Hopkins University. The White House estimates up to 240,000 U.S. citizens could die before the virus is under control.

First Lady Melania Trump said she was a model before meeting Trump in 1998. They married in 2005.

The president owned a modeling agency for 18 years, Trump Model Management, which closed in 2017 and not without controversy over operations. Its roster reportedly included Paris Hilton and Carol Alt.

“I’m allowed to go in because I’m the owner of the pageant,” he told SiriusXM host Howard Stern. "Therefore I’m inspecting it… Is everyone OK? You know, they’re standing there with no clothes. And you see these incredible-looking women. And so I sort of get away with things like that.”
Posted by free heip at 06:28