Why the subways are a prime suspect: Scientific evidence that NYC public transit spread the coronavirus 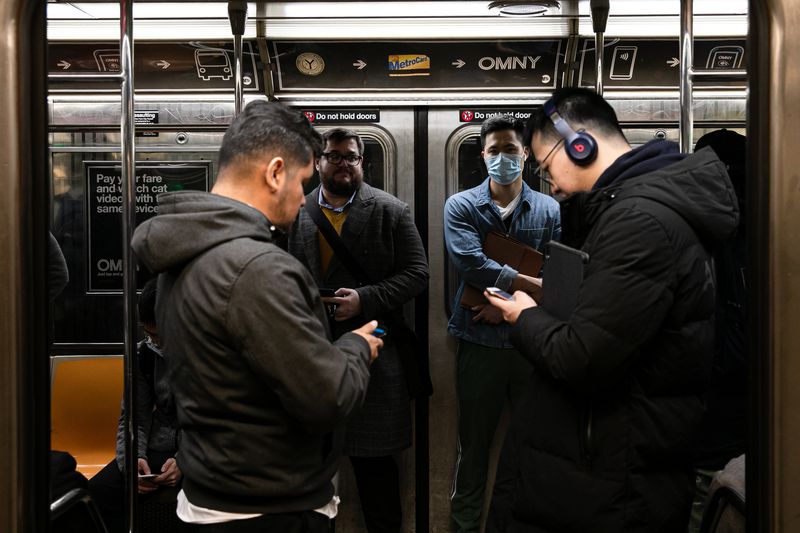 
At midnight this past Monday, I posted a research article on my MIT website entitled, “The Subways Seeded the Massive Coronavirus Epidemic in New York City.” Just a couple of weeks earlier, I had detected the first signs that the coronavirus epidemic in the city was already slowing down. Still, I couldn’t figure out exactly how the Big Apple had so rapidly become the epicenter of a massive surge of new infections in the first place.
I looked at the trends in subway use. I counted the number of times a passenger passed through any one of the 4,600 turnstiles in the city’s 496 subway stations. When the epidemic was initially surging, I counted more than 5 million clicks each working day. By the end of the month, turnstile entries in Bronx stations were down 80% and new coronavirus infections had slowed. But in Manhattan stations, entries were down 92%, and new coronavirus infections had completely leveled off.
Then I laid out a detailed map of the entire city, locating the zip codes with the highest rates of coronavirus infection and marking the locations of the subway stations. The No. 7 Flushing local originated from the only zip code with a high case-rate in West Midtown. That line then ran eastward right through a stretch of zip codes in the Elmhurst area with the highest case-rates in the city.
Then it dawned on me. The coronavirus was taking round trips every working day on the Flushing local, and the epidemic was gradually subsiding as the number of trips went down. I found similar patterns with subway lines feeding the most highly infected neighborhoods in the Bronx and Brooklyn.
The MTA attacked my research article. It was just a lot of associations. Anyway, said an agency spokesperson, “correlation does not establish causation.” Forget that the crowding of passengers on station platforms and in subway cars served as an ideal environment for transmission of the virus. Forget that millions of standing passengers shared those smooth, metallic poles. Forget that we’re talking about the routine transmission of the virus from one end of the city to another and back again multiple times every day.
In my article, I suggested that when the MTA began to cut back on service, shutting down some lines and converting other express lines into local trains, the agency may have unintendedly kept the passenger density high and thus made things worse. I’m not sure that the MTA had an answer for this particular concern. The agency just said, “This study is flawed — period.”

I do not take umbrage. Science is about getting the facts right. Still, I interpret the word “period” to mean that, from the MTA’s viewpoint, the case has been closed. But it’s not closed. As we think seriously about gradually returning to normal life, we’d better think hard about the role of our public transport.

There’s another source of evidence that should hold our attention as we figure out the path forward.