Agnodice: The First Female Doctor Who Disguises As A Man And Became A Medical Legend 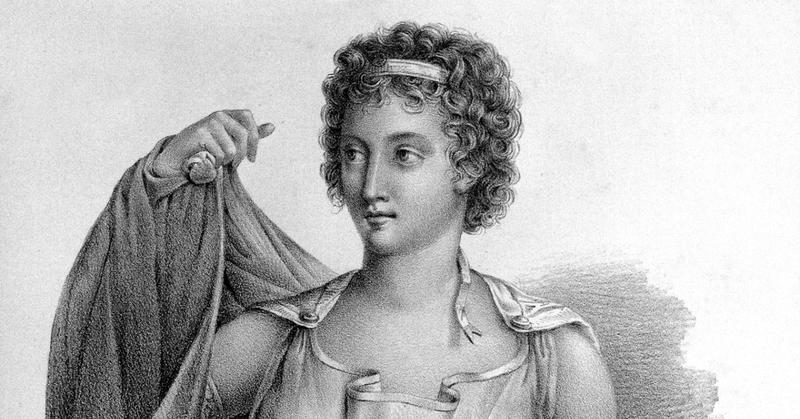 Agnodice disguised her gender to study medicine. (ancient.eu)
Today, roughly equal numbers of men and women study medicine, but for centuries, women were prohibited from the practice. That didn't stop Agnodice, a Greek woman who supposedly lived in the 4th century B.C. and allegedly the first known female doctor in history. Although many historians now think Agnodice was a fictional character, she is often credited with paving the way for female doctors. 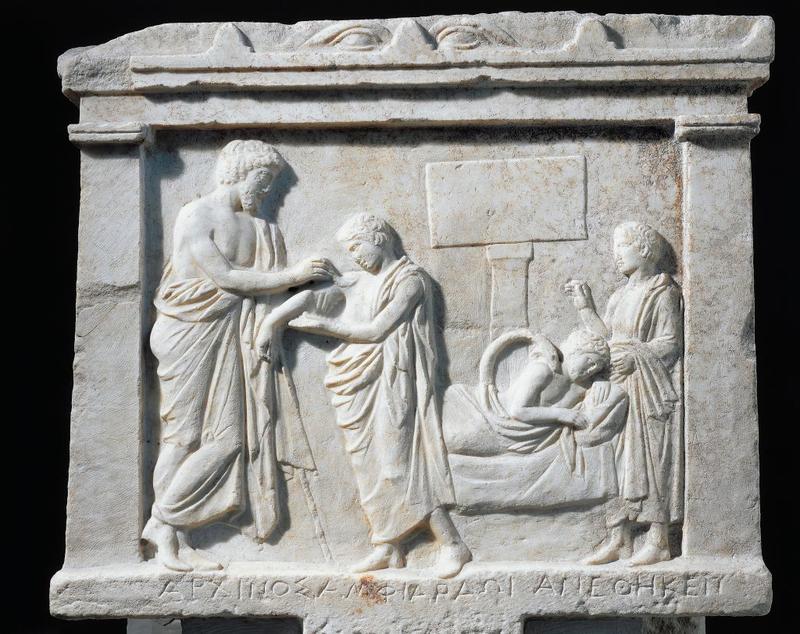 Only men studied medicine as shown in this marble relief from the Temple of Amphiaraos at Oropos, Attica. (Photo By DEA PICTURE LIBRARY/De Agostini via Getty Images)

Ancient Mesopotamia, Egypt, Babylon, and Greece all had medical training programs, but only men were permitted to study medicine, in part because women weren't allowed to study anything. They were thought to be too weak-minded to understand complex ideas, too squeamish to deal with blood and gore, and too emotional and irrational to handle illness, injury, and death. Besides, it was not proper for a woman to look at and touch a man's body unless he was her husband. 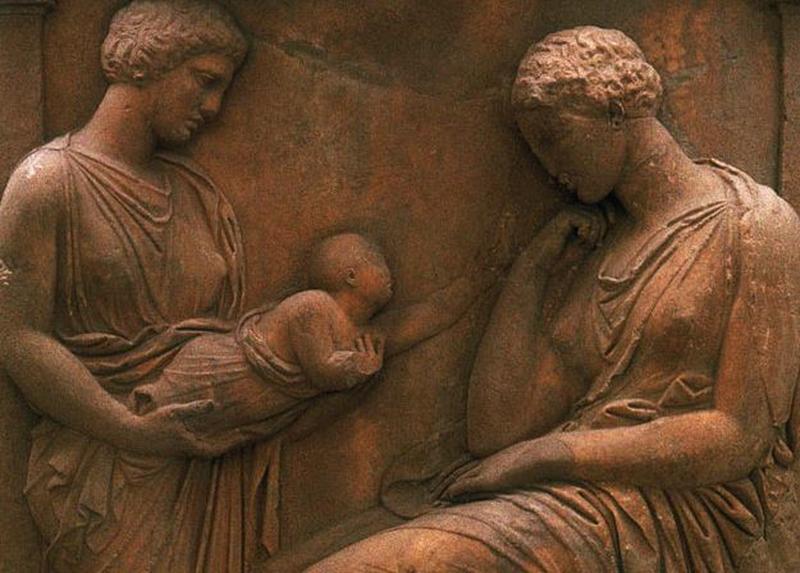 There was only one area of medicine in which women were allowed to practice: obstetrics. The female reproductive system in general was feared, and even the most educated men were repulsed by the very ideas of menstruation, pregnancy, childbirth, and menopause. Male doctors didn't generally assist with the delivery of children until the 1800s. As such, the task fell to other women, who served as early midwives and birthing coaches.

If she existed, Agnodice most likely began her medical work as one of these midwives, but she aspired to more than assisting laboring women in childbirth. The only way that Agnodice could study medicine and become a doctor, however, was by keeping her gender a secret. Dressed as a man, she is said to have studied under the revered medical teacher Herophilos before practicing medicine in Athens. 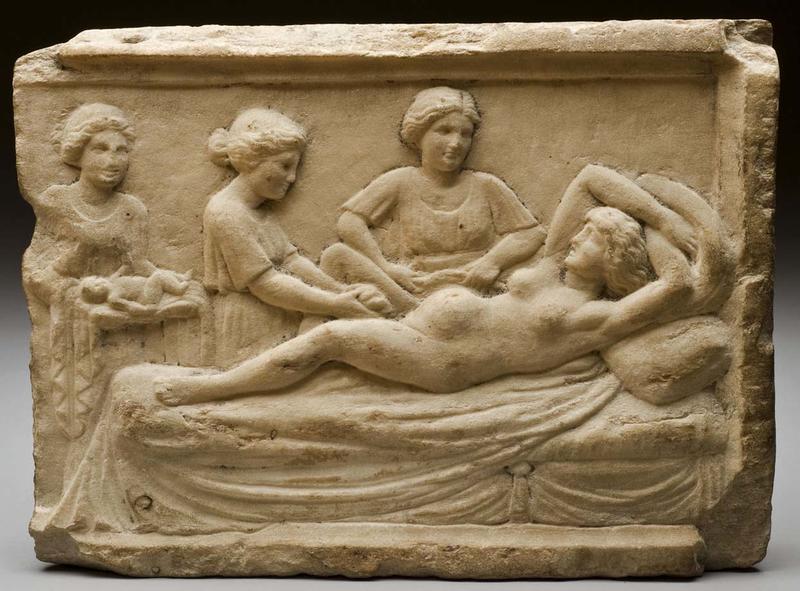 Agnodice earned a reputation for helping in childbirth and with other female health concerns. (brewminate.com)

According to the story, Agnodice proved to be skilled and talented doctor. She earned a reputation for her unparalleled bedside manner, especially with her female patients. Keep in mind that at this time, the medical complaints of women were often disregarded or chalked up to "hysteria," a word taken from the ancient Greek word for "uterus." In Agnodice, female patients finally found a doctor who listened to their concerns and didn't minimize them. According to legend, Agnodice gained the trust and respect of her female patients by baring her breast to prove to them that she was actually a woman in disguise.

Word spread that Agnodice was the best doctor for female patients, and her practice grew along with her reputation. Soon after, however, the rest of the Athens medical community began to wonder why Agnodice was so popular. A group of competing doctors accused her of seducing her female patients, and she was put on trial for lewdness. In her own defense, she explained to the court that it was impossible for her to seduce her heterosexual female patients and lifted her tunic to prove her point. 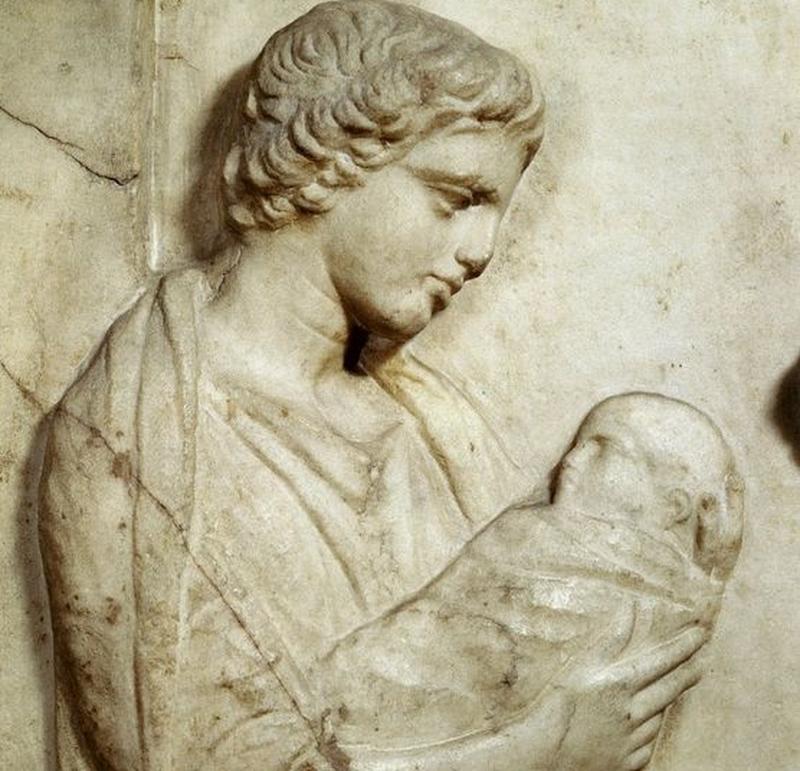 Because of Agnodice, Athens removed the ban on female doctors. (literateape.com)

Although she was found innocent of the lewdness charges, Agnodice's defense put her in hot water on an entirely new charge: illegal medical practice. She argued that she received the same training as a male doctor and successfully treated her patients, and the women of Athens testified to her superior care, so Agnodice was eventually acquitted of all the charges against her. Soon after, Athens revoked its law prohibiting women from becoming doctors.